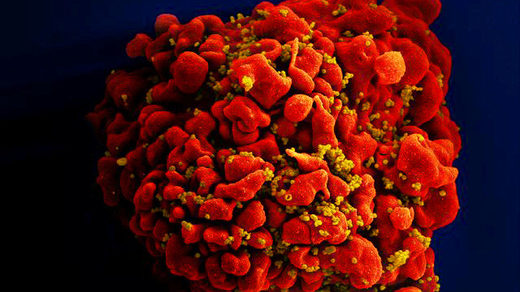 Researchers have identified a new HIV strain, the first discovered in nearly 20 years.

In a study published Wednesday in the peer-reviewed Journal of Acquired Immune Deficiency Syndromes, a group of researchers at Abbott Laboratories, University of Missouri and the Presbyterian Mission Agency confirmed the first new strain of HIV since guidelines of classifying HIV strains were developed in 2000.

The strain has been classified as subtype L in HIV-1 Group M.

There are two main types of HIV: HIV-1 and HIV-2. Within HIV-1, there are multiple strains. Group M, which can be traced back to the Democratic Republic of Congo (DRC), is the strain that led in the global HIV epidemic.

Isolated samples of the virus under subtype L were first spotted in the DRC in 1983 and again in 1990. A third sample was found in 2001, the basis of this study; however, researchers were unable to sequence, or identify, the genome to designate it as a subtype of HIV until this year.

“Identifying new viruses such as this one is like searching for a needle in a haystack,” said Mary Rodgers, a principal scientist at Abbott, in a statement. “This scientific discovery can help us ensure we are stopping new pandemics in their tracks.”

Forms of this new strain of the HIV virus might be circulating, both in the DRC and elsewhere, but are unclassified as of now.

Manish Sagar, an associate professor at Boston University, told USA TODAY that the discovery further proves the existence of varied strains of HIV around the world. He is unaffiliated with the study.

The expected prevalence of subtype L, researchers noted in the study, is “much lower than was found” in the study, and, as such, will likely not spread. It is useful to gather and identify emergent forms of the virus as it mutates and shifts over time.

Sagar added that existing HIV treatments should be effective in combating the new strain. “In the absence of any data, there is no reason to suspect that current drug treatments will not be effective against this strain,” he told USA TODAY.

“This discovery reminds us that to end the HIV pandemic, we must continue to outthink this continuously changing virus and use the latest advancements in technology and resources to monitor its evolution,” co-author Carole McArthur of the University of Missouri-Kansas City said in a statement.