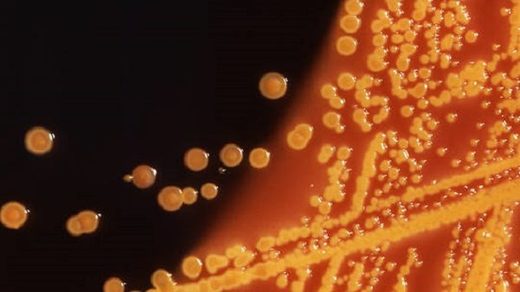 © Reuters/CDC Handout (file photo)
Colonies of E. coli bacteria grown on an agar plate are seen in a microscopic image.

Resilient “superbug” pathogens are seeing a boom in the United States, with lethal infections on the rise even as health officials take “aggressive” steps to rein them in, the Center for Disease Control (CDC) said in a new report.

In its latest “Antibiotic Resistance Threats” assessment, the CDC found an alarming rise in drug-resilient infections, surging from 2 to nearly 3 million per year since its last report in 2013. Those infections now kill 35,000 people each year, adding 12,000 annual fatalities to the CDC’s previous assessment.

“Germs continue to spread and develop new types of resistance, and progress may be undermined by some community-associated infections that are on the rise,” the report says, adding that “more action is needed to address antibiotic resistance.”

Covering 18 of the deadliest pathogens, the report classifies them under “urgent,””serious” and “concerning” threats, and lists three additional bugs on a “watch list” that require further observation. The most dangerous organisms identified in the report include antibiotic-resistant bacteria such as Enterobacteriaceae, Acinetobacter and Neisseria gonorrhoeae, as well as Candida auris, a fungus. The report did not look at parasites or viruses, such as HIV, however, only assessing risks from bacteria and fungi.

Despite what the CDC called “aggressive” efforts in combating the drug-resistant microbes, the report also found “gaps slowing progress against the … threat,” such as shortcomings in gathering comprehensive infection data, as well as the need for “Greater implementation of programs for infection prevention.”

“This is not some mystical apocalypse or fear-mongering. It is reality,” Dr. Victoria Fraser from the Washington University School of Medicine told NBC News. “We are faced with trying to take care of patients who have drug-resistant infections that we have no treatment for.”

While the CDC expressed concern that the superbugs are evolving even greater resistance to drugs, and will become more common among patients, the center noted several effective ways to avoid infection, including “good hygiene, routine vaccination, safer sex practices, and safe food preparation.”