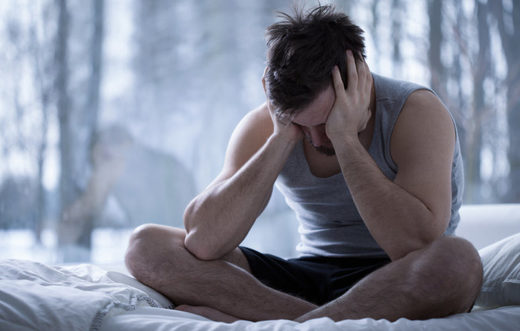 Do you find yourself staring at your bedroom ceiling most nights? Most people don’t think twice about the occasional sleepless night, but a new set of research finds that the ability to sleep peacefully throughout the night is becoming an increasingly rare skill in the United States.

Each year, more and more Americans are finding it difficult to fall asleep quickly and sleep soundly through the night, and even those who are able to get enough shut-eye often report poor overall sleep quality. According to the research team at Iowa State University, these changes are largely independent of sleep duration. In fact, problems falling and staying asleep were found to be most prevalent among people with generally healthy sleep length on most nights.

So, while many Americans may still technically be getting their recommended seven to eight hours of sleep per night, it may take upwards of an hour for them to initially fall asleep, and waking up multiple times throughout the night is common.

To put those percentages in perspective, based on 2018 population estimates, researchers say those numbers mean that roughly five million more Americans are dealing with sleep problems today than they were five years ago.

“Indeed, how long we sleep is important, but how well we sleep and how we feel about our sleep is important in its own right,” comments head researcher Zlatan Krizan, a professor of psychology at ISU, in a release. “Sleep health is a multidimensional phenomenon, so examining all the aspects of sleep is crucial for future research.”

Now, the research team can’t say definitively what is causing this uptick in sleep problems, but they theorize that the ever increasing presence of technology in the bedroom is a likely contributing factor.

“We know from our previous research there is a correlation between smartphone use and insufficient sleep among teens,” explains lead author Garrett Hisler. “If we’re on our phone before bed or we’re receiving alerts in the middle of the night that can make it harder to fall asleep and stay asleep throughout the night.”

Krizan and his team hope that their work leads to a better understanding of sleep’s relationship to one’s overall health. For instance, the study notes that inadequate sleep duration mixed with poor sleep quality can increase one’s risk of cardiovascular disease.

“We know that how well people sleep is generally very reflective of people’s health and may be an indicator of other conditions,” Krizan concludes. “If we want a full picture of the population’s health, it’s important to measure and track these changes in sleep trends over time.”

The study is published in the scientific journal Sleep Health.