Today, we know much more about what happens to people when they die — and what we are learning does not support materialism 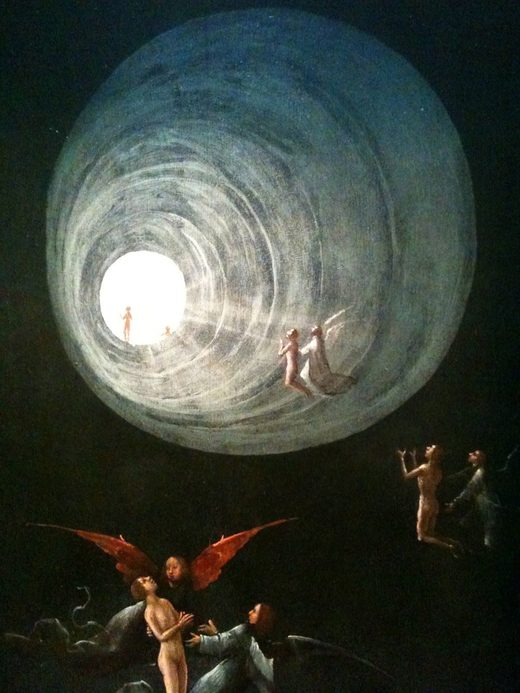 In a continuing discussion, Robert J. Marks and Walter Bradley, after whom the Walter Bradley Center for Natural and Artificial Intelligence is named, looked at near-death experiences (NDEs). Here’s the podcast: “Walter Bradley: Don’t go towards the light?”
Excerpts:

01:55 | Definition of a near-death experience

Walter Bradley: A near-death experience is a term that describes what today has become quite common in emergency rooms across the country as well as in highway accidents and so forth in which a person has a complete loss of heartbeat and brainwaves… And if they are resuscitated, what can they tell us about that intervening period where they were so-called clinically dead and yet, in many cases, they have remarkable experiences during that interval of time? So it’s called a near-death experience in that it wasn’t permanent.

But at least in the time period that we are interested in, they were clinically dead in the sense that their physical body was medically dead. But it didn’t mean that they ceased to exist. So I think that some of the most interesting empirical data that’s been accumulating over the past thirty to forty years about this mind-body question has come through these so-called near-death experiences, which provide what I think of as remarkable evidence for what happens after we die — as told to us by people who actually did die and were subsequently resuscitated — and come back with these amazing stories.

In the past, near-death experiences, including insights gained while clinically dead, could be dismissed as wishful or fearful thinking. But today the evidence, wherever it points, is taken seriously. For one thing, no one has succeeded in explaining these experiences away. Last fall, a psychologist admitted as much in a major psychology publication:

“NDEs have never been satisfactorily explained in neurobiological terms. Various theories have been suggested, such as hallucinations caused by a lack of oxygen to the brain, undetected brain activity during the period when the brain appears not to be functioning, the release of endorphins, a psychological ‘depersonalisation’ in response to intense stress, and so on. All of these theories have been found to be problematic.”

03:36 | Near-death experiences and the mind/body problem

Robert J. Marks: You mentioned briefly the impact of near-death experiences in terms of the debate on the mind-body problem. Could you elaborate a little bit on that? What is the mind-body problem and the difference between dualism [the mind inhabits the brain] and monism [the mind is merely what the brain does] and what near-death experiences tell us about that?

Walter Bradley: I think one of the challenges until recently, in the last thirty or forty years, it was a question that was only answered in a philosophical way because there was no way to go and find out what happens to people when they die because when they died, we didn’t ever have any communication with them subsequently. So there was no way to get what I would consider to be first-hand information.

But because of advancing medical technology today, it’s become much more common for people to experience a physical death (no heartbeat, no brainwaves) and then be shocked or whatever and resuscitated and come back to consciousness. And what’s been interesting and in many ways remarkable is that these people come back with amazing stories. And it’s very clear that they’re not making this up. We know during the time period that they were clinically dead what was going on in the operating room. But these people can tell you because their spirit hovers over, in any cases, the activities going on in the emergency room, they can see what the doctors are doing, they can see themselves on the operating table.

Maybe the most interesting story that I’ve read about is the young lady who was born blind. She’s 21 years old she’s never ever had vision. She’s in a car accident she’s not the driver; she is a passenger. She is rushed to the emergency room and she finds herself in the emergency room hovering over this group of doctors and nurses frantically working on this young lady, obviously somebody who was dead and they were trying to shock her and do other things to bring her back to life. She didn’t immediately recognize that that young lady was her.

Robert J. Marks: Now, just to emphasize, she has been blind since birth, has never seen anything.

Walter Bradley: She has never seen anything and in particular, she has never seen herself. So she doesn’t immediately … she’s conscious, she sees what’s going on, she says, “I felt more alive than I’ve ever felt and she said, I see this young girl they’re working on, this 21-year-old lady, frantically trying to bring her back to life and it took her a few minutes to figure out, “That’s me”...

And when she was resuscitated successfully, she talked to the doctors and she was able to share with them and they were very skeptical about her story but she reminded them, “I’m a blind person and I can tell you everything that went on in the operating room. Dr. So-and-So was using bad language, Dr. Other So-and-So didn’t have his covers on his shoes.” She could report all of these remarkable things. Even if she had only been unconscious, she still couldn’t have reported all the things she saw, because she’s blind. There are many, many stories like this.

Here is a partial recounting of Vicki Umipeg’s experience (2010):

Walter Bradley: Yes, I think it’s important to try to find out what are the common threads and what are things that may be unique to each person’s own experience. And it turns out that there are at least 3500 carefully documented cases… and these people can give you a very detailed account of what went on in the operating room.

Robert J. Marks: One of the common things I’ve read about was that the experience was indescribable, that they have no language, they have no experience that they can draw upon, which allowed them to relate what happened during the near-death experience.

At the same time, many of these people — not always but most often — they report, during that period of time, it may be ten, fifteen minutes where they’re clinically dead, their spirit can not only observe what goes on in the operating room, it can take a journey. It goes out of the hospital, it can go through the walls; it’s a spirit; it’s not a physical body. It can go down a tunnel where there is a light at the end of the tunnel and it’s basically that they are getting what I would call a visit to the front porch of heaven. And they are having this opportunity to see things that are almost indescribable because we don’t have words to describe things that don’t exist here. Many, many people come back having had this experience not only of what happened in the hospital emergency room but also what happened when they took this journey.

Note: The two best-established outcomes of near-death experiences are

● a reduced fear of death. (“Perhaps the most common after-effect of an NDE is the loss of the fear of death and a strengthened belief in the afterlife.” (Psychology Today, March 12, 2015)”)

In a nutshell, today NDEs are seen as real, however one wants to account for them. For example, even “arch-skeptic” Susan Blackmore has disparaged “the false and unhelpful black and white comparison between NDEs as “true, wonderful, spiritual etc. etc.” [versus] NDEs as “JUST a hallucination of no importance.” The truth, it seems to me, is that NDEs can be wonderful, life-changing experiences that shed light on the human condition and on questions of life and death.” (The Atlantic, 2015). Similarly, Michael Shermer, who believes that the experiences are mere hallucinations of a dying brain, said in a 2018 book that “A scientific understanding of NDEs… is not meant to take away from the power of the experience as seemingly real, as emotionally salient, or as transforming and life-changing.”

Similarities of experience and significant changes in outlook do not establish the cause of near-death experiences. But, whereas at one time many discussions focused on efforts to explain NDEs away, today they turn on how and why they happen.

There are no simple answers to that question just now. For one thing, human consciousness itself is among the least well-understood areas in research. Scientifically acceptable opinion ranges from the position that the universe itself is conscious (panpsychism) right through to “consciousness is an illusion.” Some even argue that consciousness is a material thing.

Traditional views, like interactive dualism (the mind inhabits the brain but is not simply a product of it), are making a cautious comeback, partly because other views seem so unpromising but also because much evidence seems to support the traditional views.

An earlier podcast with Walter Bradley addressed mind vs. matter generally: Your body is a piano your mind plays — well or badly: The piano expresses the pianist’s thoughts, not its own. Dr. Bradley also spoke about how near-death experiences are creating a challenge for skeptics of the reality of the mind.

Why some scientists believe the universe is conscious.