A new study has shown how the gut microbiota of older mice can promote neural growth in young mice, leading to promising developments in future treatments. 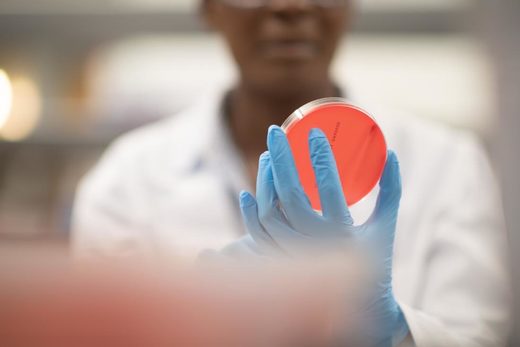 PinterestScientists are suggesting that gut bacteria may drive the neurological aging process.

The research group, based in Nanyang Technological University (NTU) in Singapore, transferred the gut microbiota of older mice into the gut of younger mice with less developed gut fauna.

This resulted in enhanced neurogenesis (neuron growth) in the brain and altered aging, suggesting that the symbiotic relationship between bacteria and their host can have significant benefits for health.

The past 20 years have seen a significant increase in the amount of research into the relationship between the host and the bacteria that live in or on it. The results of these studies have established an important role for this relationship in nutrition, metabolism, and behavior.

The medical community hopes that these latest results could lead to the development of food-based treatment to help slow down the aging process.

In this study, the research team attempted to uncover the functional characteristics of the gut microbiota of an aging host. The researchers transplanted gut microbiota from old or young mice into young, germ-free mouse recipients.

The findings appear in the journal Science Translational Medicine.

What did the research involve?

The gut microbiome changes as the host ages, and to investigate how it evolves, the research team transplanted the gut microbiome from 24-month old mice into young 6-week old, germ-free mice.

The team also conducted molecular analysis on the rodents and found they had increased levels of butyrate. Butyrate is a short-chain fatty acid that gut microbes produce.

Butyrate is beneficial for health and can protect against diseases, such as inflammatory bowel disease, colorectal cancer, obesity, and diabetes.

The enrichment of certain gut microbes and increased bacterial fermentation of dietary fibers in the colon led to these increased levels of butyrate. In turn, increased butyrate levels stimulated the production of pro-longevity hormone FGF21.

FGF21 is a fibroblast growth factor that plays an important role in regulating metabolism. Increased levels of FGF21 were also associated with increased AMPKTrusted Source and SIRT-1 activity and reduced mTOR signaling.

This is important because increased AMPK leads to increased uptake of short-chain fatty acids during cellular metabolism. SIRT-1 also regulates homeostasis and can protect against a variety of human disorders.

The researchers went on to explore the effect of gut microbiome transplants on the digestive tracts of the mice.

Normal aging of intestinal tissue reduces the viability of intestinal cells. This has associations with reduced mucus production, which can lead to increased cell damage and death.

The researchers found transplanting the microbiome of older mice to younger mice led to an increase in the length and width of the villi, which are small structures that make up the wall of the intestine.

The researchers also gave the young germ-free mice butyrate by itself and observed that it led to similar increases in neurogenesis and intestinal growth.

How have these results been received?

Scientists from around the world have reacted to these results. Dr. Dario Riccardo Valenzano, group leader at the Max Planck Institute for Biology of Ageing in Germany, says, “These results are exciting and raise several new open questions for both biology of aging and microbiome research.”

Some of these questions, says Dr. Valenzano, include “whether there is an active acquisition of butyrate-producing microbes during mice life and whether extreme aging leads to a loss of this fundamental microbial community, which may be eventually responsible for dysbiosis and age-related dysfunctions.”

In addition, Professor Brian Kennedy, Director of the Centre for Healthy Ageing at the National University of Singapore, says, “It is intriguing that the microbiome of an aged animal can promote youthful phenotypes in a young recipient.”

“This suggests that the microbiota with aging have been modified to compensate for the accumulating deficits of the host and leads to the question of whether the microbiome from a young animal would have greater or less effects on a young host. The findings move forward our understanding of the relationship between the microbiome and its host during aging and set the stage for the development of microbiome-related interventions to promote healthy longevity.”

These results are highly promising for future progression in the treatment of diseases associated with aging, such as neurogenerative disorders.

They suggest that the composition of gut microbiota and dynamics is age sensitive and that the response to microbial cues in early life differs significantly from that in later life.

The results imply that the gut microbiota of older hosts with metabolic homeostasis may support host health. In contrast, in adults with type 2 diabetes, the gut microbiome may induce inflammatory pathways.

Limitations to this study include the fact that microbiomes may change over the course of the study, even under controlled experiments, such as the ones presented here.

It is also possible that other microbial metabolites and cellular pathways have a role to play, but researchers did not investigate these in this study.