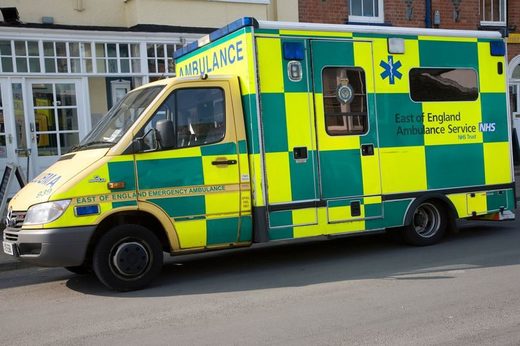 © Alamy
Former health minister and local MP Norman Lamb, who is standing down at this election, has called for an independent investigation into the deaths.

An ambulance service where three staff have died of suspected suicide in two weeks has been accused of a toxic culture.

Shortly before their deaths a whistleblower wrote to the East of England Ambulance Service NHS Trust’s boss complaining about psychological abuse.

Former health minister and local Lib Dem MP Norman Lamb, who also received the letter, is calling for an independent investigation into the deaths.

He said: “For three people working on the front line to lose their lives within such a short space of time is deeply shocking.

“It does raise a question as to whether there needs to be a thorough internal investigation.

“I am conscious that people have complained about a toxic culture in this trust. I’ve been appalled by some of the behaviours that I’ve seen in the organisation.”

Dad-of-one Luke was in Norwich while Chris was from Welwyn Garden City, Herts, and Richard in Luton, Beds.

Luke’s brother Daniel, who also works for the service, said: “We need to highlight that it is OK not to be OK. People need to talk to get help.”

It said: “If this situation continues the risk of suicide and increase risk to patients will result in reputational damage to the NHS and potential loss of life.”

Dr Tom Davis, medical director of the service, said: “We will not be ­commenting on the unfortunate and tragic loss of our colleagues recently as we need to be sympathetic

“But we encourage staff to seek support when they need it and to speak up if they are suffering with mental health.”

Comment: This is a rather fishy story, to say the least! Three suicides in 11 days, all from the same workplace. In the report from the BBC, they quote Daniel, brother of the victim Luke Wright, as saying:

Daniel said his brother “constantly had a smile on his face. He was caring and loved his job and was amazing. He was always helping people.”

Does that sound like someone on the verge of suicide?

There’s an interesting connection made by Jack Kruse. From June 24 of this year, Smart Cities World reported:

5G testbed demonstrates the ambulance of the future, today

The organisations recently combined to undertake the UK’s first demonstration of a remote-controlled ultrasound scan over a public 5G network.
…
The demonstration was hosted by the Medical Devices Testing and Evaluation Centre (MD-TEC) in UHB’s prestigious simulation lab located in the Institute of Translational Medicine. The showcase brings the concept of a 5G connected ambulance to life and provides new technologies to frontline staff to create a facility for patients to be diagnosed and triaged in the most appropriate settings. It enables remote diagnostics performed by paramedics who are supported by clinicians based in the hospital.
…
The images are relayed over a high-bandwidth 5G connection, so the clinician is able to view both the ultrasound examination performed by the paramedic and keep an eye on the overall scene inside the ambulance. The superfast speeds of 5G ensure sharper and more reliable imagery for the clinician than could previously be achieved.

Could the recent activation of 5G in the ambulances have something to do with these three mysterious deaths? YouTuber Jack Striker noted birds were dropping dead outside of Coventry Hospital after 5G was activated there:

This is all speculative, of course. But three unusual suicides timed rather perfectly with the activation of a high-speed 5G network where there have already been noted odd bird deaths – something is going on.