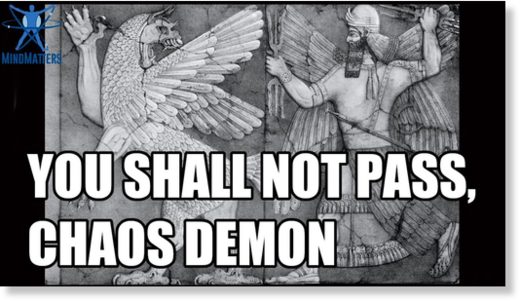 Why have many ancient – and even contemporary stories – just stuck with us and seem etched into the psyche of civilization? What is it about particular narratives that appear to hold something so essential to our existence, and that have become reference points for our own narratives? And how can a story, or a mythology, serve us as we navigate life’s many day to day travails, and unexpected twists and turns? Jordan Peterson writes: “A good theory lets you use things — things that once appeared useless — for desirable ends. In consequence, such a theory has a general sense of excitement and hope about it. A good theory about the structure of myth should let you see how a story you couldn’t even understand previously might shed new and useful light on the meaning of your life.”

Join us this week on MindMatters as we continue our discussion of Jordan Peterson’s deeply insightful Maps of Meaning and dive into the treasures of ‘Mythological Representation: The Constituent Elements of Experience’ – where we’ll be taking a look at how the archetypes of many myths are, in fact, all around us – and whether we realize it or not, make up the firmament for the stories we tell ourselves about our own exploratory journeys into both the known and the unknown.