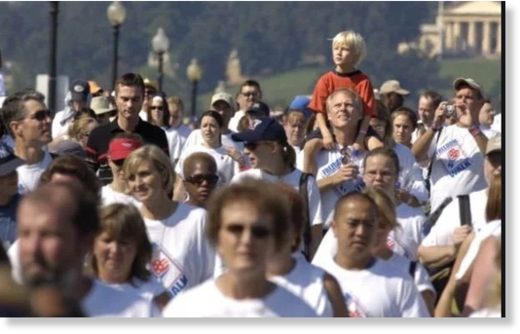 Following decades of increased life expectancy rates, Americans have been dying earlier for three consecutive years since 2014, turning the elusive quest for the ‘American Dream’ into a real-life nightmare for many. Corporate America must accept some portion of the blame for the looming disaster.

Something is killing Americans and researchers have yet to find the culprit. But we can risk some intuitive guesses.

According to researchers from the Center on Society and Health, Virginia Commonwealth University School of Medicine, American life expectancy has not kept pace with that of other wealthy countries and is now in fact decreasing.

The National Center for Health Statistics reported that life expectancy in the United States peaked (78.9 years) in 2014 and subsequently dropped for 3 consecutive years, hitting 78.6 years in 2017. The decrease was most significant among men (0.4 years) than women (0.2 years) and happened across racial-ethnic lines: between 2014 and 2016, life expectancy decreased among non-Hispanic white populations (from 78.8 to 78.5 years), non-Hispanic black populations (from 75.3 years to 74.8 years), and Hispanic populations (82.1 to 81.8 years).

“By 2014, midlife mortality was increasing across all racial groups, caused by drug overdoses, alcohol abuse, suicides, and a diverse list of organ system diseases,” wrote researchers Steven H. Woolf and Heidi Schoomaker in a study that appears in the latest issue of the prestigious Journal of the American Medical Association.

At the very beginning of the report, Woolf and Schoomaker reveal that the geographical area with the largest relative increases occurred “in the Ohio Valley and New England.”

“The implications for public health and the economy are substantial,” they added, “making it vital to understand the underlying causes.”

Incidentally, it would be difficult for any observer of the U.S. political scene to read that passage without immediately connecting it to the 2016 presidential election between Donald Trump and Hillary Clinton.

Taking advantage of the deep industrial decline that has long plagued the Ohio Valley, made up of Ohio, Indiana, Illinois, West Virginia, Pennsylvania and Kentucky, Trump successfully tapped into a very real social illness, at least partially connected to economic stagnation, which helped propel him into the White House.

Significantly, thirty-seven states witnessed significant jumps in midlife mortality in the years leading up to 2017. As the researchers pointed out, however, the trend was concentrated in certain states, many of which, for example in New England, did not support Trump in 2016.

Eight of the 10 states with the highest number of excess deaths were in the industrial Midwest or Appalachia, whereas rural US counties experienced greater increases in midlife mortality than did urban counties.

A tragic irony of the study suggests that greater access to healthcare, notably among the more affluent white population, actually correlates to an increase in higher mortality rates. The reason is connected to the out-of-control prescription of opioid drugs to combat pain and depression.

“The sharp increase in overdose deaths that began in the 1990s primarily affected white populations and came in 3 waves,” the report explained: (1) the introduction of OxyContin in 1996 and overuse of prescription opioids, followed by (2) increased heroin use, often by patients who had become addicted to prescription opioids, and (3) the subsequent emergence of potent synthetic opioids (eg, fentanyl analogues) — the latter triggering a large post-2013 increase in overdose deaths.

In September, Purdue Pharma, the manufacturer of OxyContin, reached a tentative settlement with 23 states and more than 2,000 cities and counties that sued the company, owned by the Sackler family, over its role in the opioid crisis

Other factors also helped to drive up the U.S. mortality rate, including alcoholic liver disease and suicides, 85% of which occurred with a firearm or other method.

The United States spends more on health care than any other country, yet its overall health report card fares worse than those of other wealthy countries. Americans experience higher rates of illness and injury and die earlier than people in other high-income nations.

Researchers were perplexed but not surprised by the data as there existed clear signs back in the 1980s that the United States was heading for a cliff as far as longevity rates go.

So what is it that’s claiming the life of Americans, many at the prime of their life, at a faster pace than in the past? The reality is that it is likely to be an accumulation of negative factors that are finally beginning to take a toll. For example, apart from the opioid crisis, there has also been an almost total collapse of union representation across Corporate America, which has essentially crushed any form of workplace democracy. This author, a former member of three worker unions, witnessed this egregious abuse of corporate power firsthand, which is apparent by the total stagnation of wages for many decades.

Today’s real average wage – that is, after accounting for inflation – has about the same purchasing power it did about half a century ago. Meanwhile, in the majority of cases, increases in salary have a marked tendency to go to the highest-paid tier of executives.

In a report by Pew Research, “real terms average hourly earnings peaked more than 45 years ago: The $4.03-an-hour rate recorded in January 1973 had the same purchasing power that $23.68 would today.”

One needs only consider the growing mountain of tuition debt now consuming the paychecks of many university graduates, many of whom have yet to land their dream 6-figure job from their relatively worthless liberal education, to better understand the quiet desperation that exists across the country.

At the same time, the exponential rise in the use of social media, which has been proven to trigger depression and loneliness in users, also deserves serious consideration. What society is experiencing with its massive online presence is a total overhaul as to the way human beings relate to each other. Presently, it would be very difficult to argue that the changes have been positive; in fact, they seem to be contributing to the early demise of millions of Americans in the prime of life.

Taken together, abusive labor practices that ignores workplace democracy, the epidemic of opioid usage, compounded by the anti-social features of ‘social media’ suggests a perfect storm of factors precipitating the rise of early deaths in the United States. Since all of these areas fall in one way or another under the control of corporate power, this powerful agency must find ways to help address the problem. The future success of America depends upon it.