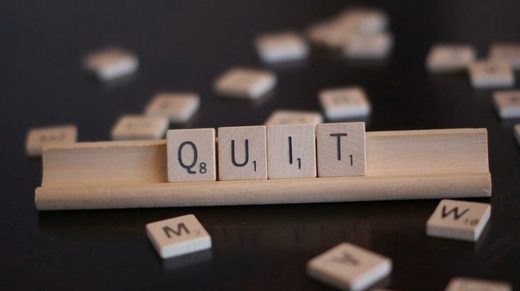 Sometimes it just gets to be too goddamn much. You just finished a soul-draining argument with a family member who insists that Putin controls all major world events because that’s what the TV said so it must be true, then you check the poll numbers for the upcoming elections in the US and UK and you see your favorite candidates just don’t have the kind of numbers they’re going to need, the latest revelation that the US and its allies deceived the world about what’s happening in Syria has been completely swept under the rug by the establishment news churn, Bolivia has been taken over by US-backed Christian fascists, and now you’re watching Mike Pompeo’s stupid asshole face spouting some made-up bullshit about Iran that you know the news media will never hold him accountable for.

And it’s just too goddamn much.

To become oppositional to the status quo is to enter into a long-term relationship with despair. It’s not a monogamous relationship; you’ll have the occasional affair with anger, a fling with fear, a rendezvous with rage, and every once in a while even a brief tryst with triumph. But you always end up drunkenly stumbling home to bed with the old ball-and-chain despair.

Every time you think you might have the bastards on the ropes, every time you see a shining crack in the cage, a glowing glitch in the matrix, it’s quickly covered up by some gibberish about Russia or empty shrieking about Donald Trump, and then everyone’s herded along into the next authorised imperial narrative.

This is because the deck is stacked so very high against you. The rulers of the empire have all the money, all the resources, all the infrastructure and almost all the media, and they use these advantages ceaselessly to shift things around in order to prevent the unwashed masses from rising up and toppling their palaces.

It’s possible to avoid confronting this reality by busying oneself with activism and information, but at some point despair always kicks in.

So what do you do? I get asked this all the time.

“How do you stay so optimistic, Caitlin?” people often ask me. “How, in the face of so much deception, exploitation and oppression, do you avoid giving in to despair?”

Well I’ll tell you my secret: I don’t.

Whenever things seem hopeless and I feel like I’m bashing my head against a solid brick wall, I just say, “Fine then. I quit.”

And then I do.

I quit fully. I let go of the entire battle. I let go of all the responsibility I feel to help create a better world. I let go of my desire to stick it to the bastards, and I relinquish every inch of skin I’ve got in this game. I lay down (sometimes literally), and I stop struggling against the relentless tide of establishment evil.

And I feel a tremendous relief. Ah, what a great feeling! To no longer be holding the world together with my efforts!

Having been granted the thing that it wanted, the crushing weight of despair is lifted from my chest. It snatches its terrible prize and slithers off to gnaw on it in a dark corner somewhere.

And then something interesting happens. The world keeps turning. And it doesn’t fall apart.

It’s the darndest thing. I stopped holding off armageddon through sheer force of will, yet the world remains. The sun comes up, the birds chirp, the internet forum debates continue, and my lungs keep taking in oxygen.

A lot of magic can happen in that space. When you quit. When you relinquish the illusion that your sustained, straining willpower has anything to do with the continued battle against corruption and bloodshed.

Because in that moment you see clearly that it’s got nothing to do with you. Anti-imperialists pick up their weapons and begin the battle anew each morning, regardless of anything you’re doing or saying. Your body keeps taking in air, pumping blood and digesting food regardless of anything you’re doing or saying. And, without the assistance of any Atlas-like effort on your part whatsoever, you’ll notice that your body also re-engages in the battle.

Because what the hell else is it going to do? Not fight? Of course not. What has been seen will never be unseen. Your operating system isn’t going to stop fighting the bad guys just because you stopped willing it to, any more than your body will refrain from putting its arms up when someone throws a baseball at your head.

You can trust that your whole body-brain-organism-thingy will keep fighting with or without the sustained straining of your personal willpower. And that works out nicely, because it’s the sustained straining of your personal willpower that creates the sense of despair. If you aren’t constantly straining to win elections, expose wrongdoing, topple the oligarchs and end wars by sheer force of will, and are rather just picking up your weapons of truth and compassion and doing what comes naturally to you from moment to moment, then despair really has nothing to work with, because you’re not fixated on some remote end-goal that keeps getting obstacles thrown in front of it.

Don’t take my word for it. Next time you find yourself feeling like you can’t go on fighting this fight anymore, just give up. Quit. Then watch what happens. Before long you’ll see your fingers typing dissident ideas onto screens, you’ll hear your voice speaking unauthorized truths, you’ll watch your mind forming forbidden ideas. And it will all be happening without “you”, without the sustained personal effort of the thing you take yourself to be.

This fight will fight itself, if you let it. And it can actually fight a lot more efficiently without the sustained sense of personal effort constantly bogging the whole process down with frustration and despair. Just let your body’s operating system fight this one on its own. It doesn’t need your help.

And in the end, maybe the war will be won. Maybe it won’t. It’s really none of your business. Your job is to let your organism fight for its life, as it’s been conditioned to do by millions of years of evolution. That evolutionary drive to survive was here long before you showed up, and it will remain after you’re gone. It’s got nothing to do with you. So stand back and let it fight.

Thanks for reading! The best way to get around the internet censors and make sure you see the stuff I publish is to subscribe to the mailing list for my website, which will get you an email notification for everything I publish. My work is entirely reader-supported, so if you enjoyed this piece please consider sharing it around, liking me on Facebook, following my antics on Twitter, checking out my podcast on either Youtube, soundcloud, Apple podcasts or Spotify, following me on Steemit, throwing some money into my hat on Patreon or Paypal, purchasing some of my sweet merchandise, buying my new book Rogue Nation: Psychonautical Adventures With Caitlin Johnstone, or my previous book Woke: A Field Guide for Utopia Preppers. For more info on who I am, where I stand, and what I’m trying to do with this platform, click here. Everyone, racist platforms excluded, has my permission to republish or use any part of this work (or anything else I’ve written) in any way they like free of charge.