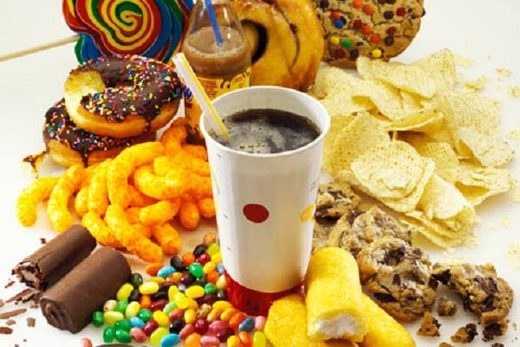 Teens on social media are disproportionately exposed to unhealthy food and drinks, a new study has found.

Researchers who worked on the study, published in the journal Appetite, found that 70 percent of young people engaged with food and drink brands on social media in 2017.

The majority of those interactions – a whopping 93 percent – were with unhealthy products, according to Food Navigator.

The researchers from the UConn Rudd Center for Food Policy and Obesity conducted a survey that determined teens were “overwhelmingly” engaging with fast food, unhealthy snacks, candy and sugary drink brands.

Brands that dominated their timelines were Doritos, Coca-Cola, Pepsi, Hershey, Snickers and McDonald’s. More than one-third of teens who said they liked, shared or followed fast food, sugary drink, candy or snack brands engaged with these specific brands.

The study’s authors said the findings reflect how food and drink companies use social media as marketing tools to reach teens. That direct access, they said, encourages young people to market these products to friends or followers on their social media platforms.

“It’s probably not a coincidence that the brands that teens engage with the most on social media are the same ones that spend the most to target them with advertising messages designed to make their products seem fun, cool and daring,” said Dr. Jennifer Harris, one of the study’s authors.

“Unfortunately, those products also have high amounts of added sugars, fat, and calories that can lead to negative health consequences for a lifetime.”

Researchers urged food and beverage manufacturers to stop targeting teens with marketing for products that can be harmful to their long-term health. They also recommended the introduction of excise taxes on sugary drinks to increase the cost of unhealthy beverages to help reduce teens’ consumption.

“This study shows how successful companies are at using social media to reach teens and take advantage of teens’ peer networks,” said Dr. Fran Fleming-Milici, the lead author of the study and assistant research professor for the Rudd Center.

“Companies usually pay big bucks to market their brands, but with social media they are getting teens to do it for free. And, since teens’ choices are heavily influenced by their peers, the payoff is huge.”