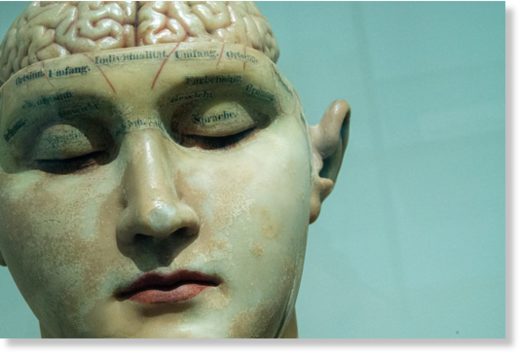 In a previous post I examined the biological and social influences on sex and gender identity. Evidence suggests that biology plays a powerful role in the determination of sex as well as of gender identity, although social forces are also important particularly as they relate to gender role expression. In this essay I’ll examine the evidence surrounding a related controversial topic: whether or nor there are cognitive differences between the sexes and, if so, whether they are biological or social in origin.

In what follows, I’ll focus on individuals whose gender identity matches their biological sex. This leaves out nonbinary and transsexual persons, about whom there is far less research evidence. Nevertheless, given that transsexuals tend to have hypothalamuses that match their identified gender not their biological sex, it would be interesting to know if this produces cognitive differences as well. Some evidence suggests that the administration of sex hormones to those undergoing transition does influence cognition in expected ways. Other studies suggest that cognitive differences exist prior to hormone treatment, and that the cognition of transsexuals resembles that of their identified gender more than that of their biological sex (a finding that appears to lend further support to the hypothesis that gender dysphoria is produced by women’s brains in men’s bodies and vice versa).

Are there Sex Differences in Overall IQ?

Most of the available evidence suggests there is very little difference in overall IQ between males and females. Controversy arises around the question of whether there is more spread (what statisticians call standard deviation or the degree to which most people deviate from the average or mean) among males than females. For IQ tests, the mean is typically set at 100, with a standard deviation of 15. This means that most individual scores fall between 85 and 115. Not everyone, even those with “normal” IQs, is going to score exactly 100. The Gender Variability Hypothesis suggests that boys tend to have more spread or higher standard deviation than do girls — in other words there are proportionally more geniuses and cognitively impaired individuals among males, whereas females cluster closer to the mean. This hypothesis can be very provocative. It was at the center of a 2005 controversy involving then-president of Harvard University Lawrence Summers, who suggested that it might partly explain why males outnumber females in high-echelon STEM (Science, Technology, Engineering, and Math) careers. An outcry ensued, and Summers resigned a year later.

Boys and men tend to be overrepresented among individuals with lower IQs including those with intellectual disabilities. Few people seem to be interested in discussing that. But some studies indicate that boys are also overrepresented in the superior range of IQs (130 and above). In a 2003 study of Scottish youth born in the early twentieth century, girls actually tended to outperform boys until roughly the 115 IQ mark (because there are fewer girls with lower IQs, and more girls in the average to high average range). Only once we pass the 115 IQ mark do we start to see a male advantage. For instance, for IQs 130 and above, boys represent 57.7 percent of the high performers as compared to 50.4 percent of the underlying sample. Biologist Heather Heying recently tweeted a graph from this study. Note that there were still plenty of girls in the highest IQ ranges. So, if IQ differences were the only explanation for, say, STEM Ph.D. discrepancies, we’d still expect 42.3 percent of STEM Ph.D.s to be awarded to women.

A 2016 cross-cultural analysis confirmed the gender variability hypothesis. However, this mainly benefited males in science and math, whereas females scored consistently higher in reading. A 2019 reanalysis of the same dataset confirmed these results, but also suggested that the difference between males and females decreases (but does not vanish) in countries that actively promote egalitarian female participation in the workplace and in education. This suggests that the greater male spread, at least in some abilities, is real and that both biological and social forces play a role.

There are, however, some cautionary notes. One study finds that differential dropout rates in long-term outcome studies may exaggerate the male advantage in IQ variability. Similarly, other analyses suggest that this effect is consistent within the US and UK, but not across all cultures, (although the calculations made by that research group in related contexts have sometimes been criticized). Further, any apparent issues related to sex variability at the top end of intelligence may be due to specific abilities rather than overall intelligence.

Are there Sex Differences in Specific Cognitive Abilities?

It is often said that women and girls perform better at cognitive tasks testing verbal abilities, whereas men and boys have better visuospatial skills involving mental rotation or hand-eye coordination. The evidence appears to bear this out. For instance, in a large sample of Portuguese youth, most cognitive differences between boys and girls were pretty trivial in size. However, mechanical reasoning showed significant differences, with boys outperforming girls. Another study in the US found that girls tend to outperform boys on memory and processing speed tasks, whereas boys once again have an advantage on visuospatial tasks. A very large study of English schoolchildren lends support to female superiority in verbal skills, with males showing an advantage in quantitative abilities.

These sex differences, with female advantages in verbal ability and memory, and male advantages in visuospatial cognition appear to be fairly consistent across samples and across time, subject to the caveats mentioned below. It’s important to note that most of these differences are quite small, and perhaps not worth worrying about. However, males do appear to be at a significant disadvantage in reading and writing whereas comparative male advantages in math and science may explain the greater proportion of males in STEM, at least in part.

Biology, Sociology, or Both?

If there is a sex difference in intelligence variability is it innate or socialized? When we’re discussing human psychology, it’s generally a safe bet to assume that both biological and social forces play a role in shaping behavior. Twelve years ago, a diverse panel of psychologists looked at this issue from every angle — evolutionary, biological, and sociocultural — and found that…it’s complex! Although sex differences in cognitive abilities may not be directly evolved, evolution, brain structure, and culture likely interact to produce various outcomes. The authors conclude that “early experience, biological factors, educational policy, and cultural context affect the number of women and men who pursue advanced study in science and math and that these effects add and interact in complex ways. There are no single or simple answers to the complex questions about sex differences in science and mathematics.”

Some studies suggest that, even in cultures where women are encouraged to participate in highly demanding activities like chess, sex discrepancies in top performers remain. However, other studies suggest that sex disparities favoring men tend to be most pronounced in cultures with overall high levels of sexual stratification, such as women being restricted from entering the workforce. Even in the US, sex disparities have declined over time, suggesting a clear sociocultural impact on such abilities, although stabilization appears to have been achieved more recently, hinting sociocultural forces are only one piece of the puzzle and biology is also important. More opportunities for women in education and occupation tend to at least reduce, though not eliminate, male advantages in some cognitive abilities. My impression is that there has been less emphasis on addressing male deficits in reading and writing, even as males fall behind in attending college.

Training also matters. For instance, some research suggests that women training with fast-paced video games increase their visuo-spatial cognition thereby reducing sex disparities. A study I conducted years ago found few overall male advantages for visuospatial tasks, with each sex better at visuospatial tasks involving items traditionally associated with each sex. By contrast, some beliefs such as “stereotype threat” (the theory that stereotypes such as “girls are bad at math” can negatively influence female performance) are now in trouble, potentially part of psychology’s replication crisis.

That said, some scholars probably go too far in denying the involvement of biology at all. For instance, one paper asserts that mathematics performance “is largely an artifact of changeable sociocultural factors, not immutable, innate biological differences between the sexes.” Although this conclusion is no doubt well-intentioned, it probably goes too far, particularly given how powerfully involved genetics are in intelligence and cognition. Rather, it appears that biological and cultural forces interact in complex ways. Statements that suggest that cognitive differences between men and women are entirely innate are similarly reductive.

Being aware of the science can be difficult in a hypercharged political environment, where hyperbole rules on both sides. For instance, a 2005 Washington Post article made striking claims about brain similarities across the sexes, mainly by pointing to studies of sociocultural influences. This is a bit of a dodge, since few scholars who find evidence for biological differences claim sociocultural influences are unimportant. The author suggests that even sex differences in physical aggression may not be real, pointing to evidence of female equivalence in the perpetration of domestic violence. While that particular data point is accurate, males tend to vastly outnumber females in the perpetration of other violent crimes, a fact that went unmentioned.

In closing, there are several reasonable conclusions we can draw from the current data:

A final observation: Much of this debate focuses on perceived differences in ability related to outcomes such as STEM careers. There is also a wide range of literature regarding sex differences in interest, which is also complicated, and which may explain a larger portion of the sex discrepancy in STEM careers. Put simply, many women may have the ability to perform in STEM careers but display more interest on average in alternative high-status careers such as medicine or law.

Christopher J. Ferguson is a professor of psychology at Stetson University in Florida. He is author of Moral Combat: Why the War on Violent Video Games is Wrong and the Renaissance mystery novel Suicide Kings. His forthcoming book How Madness Shaped History will be out in January 2020. You can follow him on Twitter @CJFerguson1111