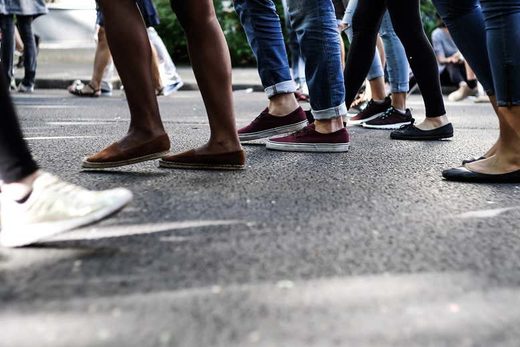 These changes to ankle bones take place over the course of a person’s life, and there is no evidence that they can be passed on genetically.

“We know that there are some variations in the feet of modern humans, due to the use of shoes,” says Rita Sorrentino of the University of Bologna in Italy. But most previous findings relate to the front and middle of the foot. Sorrentino and her team have focused on the ankle, which is crucial because it links the foot to the leg.

The hunter-gatherers’ ankle bones were significantly shorter than those of people living in modern cities, and there were other differences in the shape. “They are mostly related to footwear-related behaviours and locomotor behaviours,” says Sorrentino.

The hunter-gatherers walked barefoot for long distances every day over natural terrain. Their ankles were relatively flexible. In contrast, the people who live in big cities wear constrictive footwear and walk short distances on flat surfaces like asphalt roads. Their ankles were more rigid. “There is a loss of flexibility,” says Sorrentino.

There is now debate among scientists about the downsides to wearing shoes or going barefoot. Foregoing footwear may at first seem hard on feet, but there is evidence that even though people who walk barefoot develop thicker soles, that doesn’t stop them being able to sense the ground, which is important for locomotion.

Sorrentino says it is an open question whether shoes have disadvantages, but she suspects a key factor is that the rigidity of modern shoes causes our bones to become weaker and thus more prone to fracturing.

Solid evidence for people wearing shoes only exists for the last 10,000 years, says Sorrentino. For instance, a sandal from a Missouri cave may be 8300 years old. These early shoes were all fairly soft, resembling moccasins or sandals, so wouldn’t have restricted the motion of the ankle much.