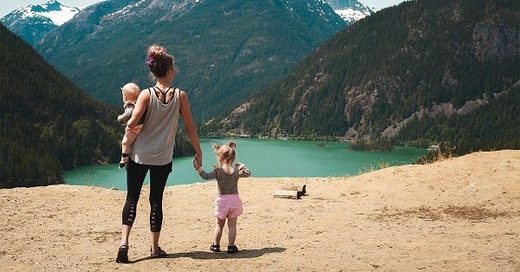 Recent studies have revealed that giving your child too many things to play with can result in the opposite of the desired effect – they may actually be less happy.

Childhood development researcher, Clair Lerner, suggests that when children are showered with toys and games, they start playing less. An abundance of toys can overwhelm and distract kids, making them lose the concentration needed to learn from these toys.

Lerner’s discoveries were mirrored by Michael Malone, a professor of Early Childhood Education at the University of Cincinnati.

Malone’s studies showed that fewer but better toys lead to increased cooperation and sharing when it comes to valuable life skills. Furthermore, too many toys push children into more solitary play while causing a type of unproductive overload.

So what can we learn from this? There is no point in stressing about buying them everything on their Christmas wishlist. Spending time with your children is far more valuable.

In an Oxford University study of 3000 3 to 5-year-olds, it was discovered that the academic success of children was more tied to their home environment and parent’s involvement that to the toys and electronics they were given. The kids who had few toys and no electronic devices, but had parents who spent more time with them, performed better in school and in many areas of emotional and social development, suggesting that parents’ attention is much better than any screen or toy money can buy.

And should you need another reason to reduce the flow of toy giving, researchers have found that gratitude and generosity rise when experiences are given instead of material objects.

To wrap it all up: Happiness derived from childhood experiences is far more precious and valuable than the fleeting excitement of toys under the Christmas tree. Giving experiences that involve time spent as a family rather than giving toys brings far greater happiness and joy. So, dear parents, don’t worry about the presents and focus on making memories.