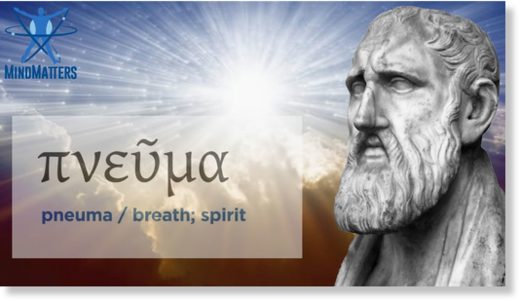 While the ancient philosophy of Stoicism is experiencing a comeback, many are still unfamiliar with some of its more esoteric concepts, like the role of pneuma or spirit in cosmology. The primal stuff of the cosmos – informing matter and mind at different levels of tension – for the Stoics, pneuma is the alpha and omega, the beginning and end of the cosmos.

Today on MindMatters, we take a look at some of the basics of Stoic cosmology, how it informs their ethics, and the role it had on early Christian theology, specifically in the letters of Paul. For Paul the Holy Spirit actually has more in common with the Stoic Divine Pneuma than you might think, and has some far-out implications for what Paul thought about things like the “resurrection”, “pneumatic” bodies, and the growth of knowledge and being.

Books mentioned in the show: