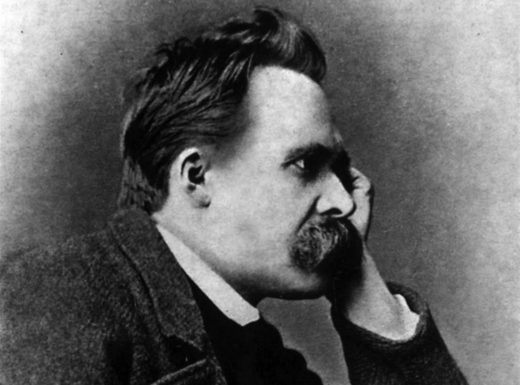 In 1882, Friedrich Nietzsche was a man who had known the depths of despair. Nietzsche had lived with a number of health problems, mental health issues, and post-traumatic stress syndrome from serving as a medical orderly in the Franco-Prussian War (during which he had also contracted diphtheria and dysentery). The final straw was that the woman he loved deeply, whom he had proposed to a number of times, had abandoned him.

Nietzsche was an extraordinarily gifted young man. He had studied for a PhD while still a teenager and was awarded a tenured professorship at the remarkably young age of 24.

In the late 1860s the budding philosopher also excelled as a horseman and soldier. He was fated, it seemed, to be made a captain in the Prussian military but a riding accident and his failing eyesight (which made him almost blind) ended his soldiering career. He returned to academia where he excelled again.

Nietzsche was a gifted writer as well as an academic prodigy who developed extraordinary insight into some of the most deeply buried ideas that structure our beliefs. He had taken an intellectual wrecking ball to most moral and philosophical concepts that are taken for granted even today.

Books like Human, All Too Human, Untimely Meditations and The Joyful Science, tore down the edifice of morality, religion, reason and exposed the emptiness at the heart of modern civilization.

However Nietzsche was far from a nihilist. The philosopher had a profound belief in the possibilities of human beings. He sought to write a gospel-like fiction that served as a guide to those who shared his disdain for traditional values, taboos and sacred cows.

It was in 1882, at that low point in his life — increasingly physically and mentally ill and living in virtual isolation in Rapallo, Italy, having been abandoned by Lou Salomé, the woman whom he loved so much, Nietzsche started to write one of the most extraordinary books of the philosophical canon: Thus Spoke Zarathustra.

The book is a philosophical novel that chronicles the descent of a wise hermit — Zarathustra — from his habitation in a mountain to a fictitious land where he dispenses wisdom in a series of themed episodes.

Zarathustra’s legendary namesake is the founder of the ancient Persian religion of Zoroastrianism. The prophet is credited as being the first to devise the binary morality of “good” and “evil” that made its way into the Abrahamic religions and that we take for granted today.

Nietzsche preached “life-affirmation”, an honest and courageous questioning of all the doctrines that hold people back, no matter how prevalent they may be.

In the place of those doctrines Nietzsche developed his own doctrines that serve as a toolkit for people who seek to become what the philosopher called the “Übermensch” – “overman” – those who have mastery over their emotions, who take joy in simply existing and who create above all else.

Zarathustra was the perfect mouthpiece for Nietzsche because he believed Zarathustra could make right what was his ultimate mistake (morality).

“Zarathustra created this most calamitous error, morality; consequently, he must also be the first to recognize it.”

That’s not to say that Nietzsche lacked ethics, more that he was against the way morality held people from acting out of love or creativity. The philosopher was against handed down rules, values and codes.

Nietzsche himself had his own values. He strongly opposed the antisemitism and nationalism so prevalent among fellow Germans in his time (and which would become such a catastrophic mix in the twentieth century).

Nietzsche believed that obsession with shaky concepts like “nations” and “races” prevents the individual from finding their higher selves.

This is an important point: Nietzsche didn’t believe that racism and nationalism, for example, were morally “evil”. He believed that they were sicknesses handed down the generations, that those seeking their higher selves would break free from.

Nietzsche’s ethics were about precluding bad ideas, not categorising them as evil.

Through the mouth of Zarathustra, close to the beginning of the book, Nietzsche lays out the three metamorphoses that the individual must go through to find true freedom and an abundance of creative power. Using allegorical imagery, he describes the metamorphoses as the camel, the lion, and finally the child.

When Zarathustra finds his way down from his dwelling in the mountain, he is shocked by people’s indifference to what he wants to teach.

The sage likens people to the herd. The town he visits is called “Motley Cow” which is a clever philosophical allusion to Plato’s contempt for majority rule in democracy. Motley Cow essentially means “rule of the herd”.

Nietzsche’s character Zarathustra is disdainful of the herd. Herd animals do not wish to carry, they simply want a safe and abundant pasture: a quiet, no surprises, relatively (but not very) wealthy life. The herd stick close together and do not wish to take risks, they rely on the shepherd to show them what is good for them.

Unlike the majority in the herd, some people are strong in spirit and they begin a spiritual journey to self-actualisation that they may or may not complete. The first stage of that journey is when we become “camels”.

As bizarre as this metaphor sounds, it makes a lot of sense. The camel is a carrier and represents the “strong” spirit who, unlike the herd animal, is happy to take on burdens.

“There are many things for the spirit, for the strong heavy spirit in which dwell respect and awe: its strength longs for the heavy, for the heaviest […] thus it kneels down like the camel and wants to be well-laden.”

Those of us who are strong in spirit want to delve deeper into the meaning of things, but that task requires carrying a lot of baggage. We want to be well-laden, we want to take on the heavy load because the spirit of the camel seeks to “rejoice” in its strength, to “hurry into the desert” with reverence for all those heavy burdens that are great and good.

We read, we travel, we learn, we uncover. The weight adds up. There is so much knowledge, so many great minds that came before us that we can hold in reverence. We rejoice in our strength in carrying their burden.

What’s more, the camel takes on the most difficult things that life throws at it. The camel must overcome fear, confront truth, endure unrequited love and so on.

But the desert is lonely, and the camel spirit no longer wants to bear the burden of ideas and knowledge that are not its own. The world, the camel has discovered, does not have essential or universal values. There is no one meaning of life.

The camel develops the desire to unburden itself, take control of its own destiny and say its own “I will”.

But to unburden yourself and create your own meaning and destiny you must undergo a new transformation.

In the lonely desert the second metamorphosis happens: to fulfil its destiny, the spirit needs to rule over the desert, to become lord of the desert to capture freedom. In order to do so, the lion, Nietzsche tells us, must struggle with the existing lord. The existing lord is a dragon called “thou shalt”, and that dragon is the great barrier to true freedom.

“Thou shalt” is permission; it’s all the moral laws and societal values that have come before that tell us who we are and how we should act. The dragon is seductive, it sparkles with golden scales and on each scale glitters a “thou shalt”.

The thousands of scales represent thousands of years of the “thou shalts” that have come before us, the centuries of codes of how you ought to think and act. The dragon is the enemy of true self-mastery.

When confronted by the dragon, the lion says “I will!” But the dragon retorts that all values are already created, every one that makes up its golden scales. The dragon says, “there shall be no more ‘I will’.”

The lion must then fight the dragon to become lord of the desert and win its freedom.

As the lion confronts the dragon it roars what Zarathustra calls “the sacred ‘No’.” The sacred No is the rejection of all values that came before the lion. Nietzsche was stateless (he had given up his citizenship of Prussia), jobless and godless. He had to fight those who disapproved of the life choices he had made, including his own family.

When describing the lion, he was perhaps writing from experience. The Overman, he believed, was a true individual, one who must build self-mastery on his or her own terms.

The spirit now wills his own will, those who have relinquished the world that came before them, now have the power to conquer.

Imagine a state of the pure individual who is unburdened of the rules, customs and conventions of society. Imagine the person who wills their own destiny, makes up their own values (that they do not impose on anybody else), and exists in a liberated state of free creativity and play.

What does that state resemble that is right under our noses? Of course, it’s the child.

“The child is innocence and forgetfulness, a new beginning, a game, a self-propelling wheel, a first motion, a sacred Yes.”

Nietzsche believed that the truly free spirit will resemble children at play, who discover the world for the first time, unburdened by what came before (hence the “forgetting”). The child is curious and filled with wonder. The child is not weighed down by rules and values, the child discovers for themselves the meaning in things.

Having uttered the “sacred No” to reject everything that came before, the child shouts the “sacred Yes” that affirms life.

We can create our own values, to take the risks to find what we want from life. The spirit becomes its own will, it wins its own world.

Despite his problems he went on to write more extraordinarily prescient books that foreshadowed the struggles of individuals and nations in the twentieth century. Nietzsche became an intellectual titan whose work foreshadowed psychology, existentialism, structuralism, and postmodernism. 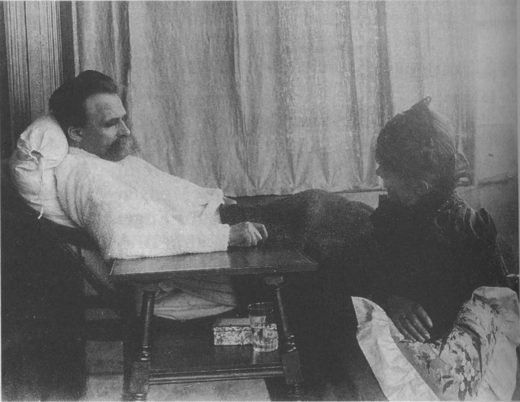 Nietzsche in his last years

While wandering a street in Turin, Nietzsche was finally broken by the sight of a coachman flogging a horse. Nietzsche threw his arms around the horse’s neck to protect it and fell to the ground. Nietzsche never recovered from an abyss of mental illness from the age of 44. After two strokes and contracting pneumonia, Nietzsche died in the summer of 1900 aged 55.

We all know that within us we have a higher self, and Nietzsche’s allegorical metamorphoses are just a guide to help get through the suffering that would necessarily come with the pursuit for true freedom and creative self-mastery.

Nietzsche wrote in Human, All Too Human:

“They fear their higher self, because when it speaks, it speaks demandingly.”

Nietzsche compels us to find the courage to listen. If we can find the strength to find a “why” to live, we can bear almost any “how”.