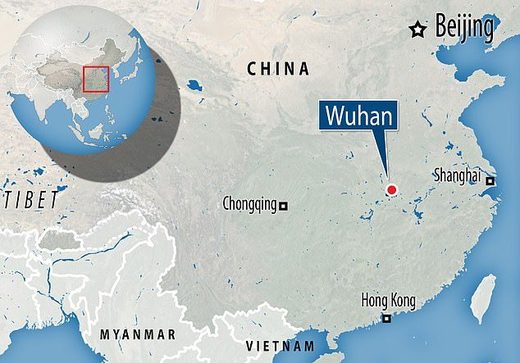 A second person has died from the mystery virus in China amid fears the lethal outbreak may spread globally, officials have said.

The 69-year-old man, known only as Xiong, died in the early hours of January 15 at Jinyintan Hospital in Wuhan city.

Officials at Wuhan Municipal Health Commission said the man was admitted to hospital on December 31 with symptoms of the virus.

His health deteriorated on January 4 before he died, local media claims.

A total of 41 patients in Wuhan have been struck with the virus since December. The first death, on January 9, was a man aged 61. 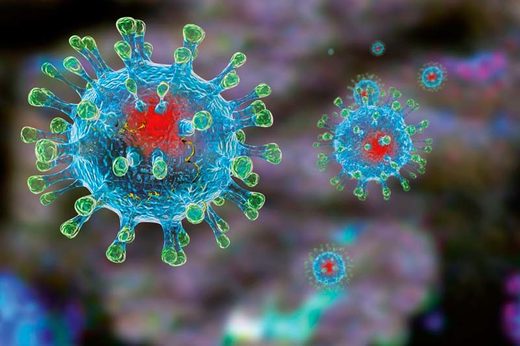 The news comes after Japan confirmed its first case of infection from the new virus – a man in his 30s from Tokyo who had recently visited Wuhan.

It was the second time the virus has been detected outside China, after the World Health Organization (WHO) confirmed a case in Thailand.

The virus has never been seen before and has not yet been named. Officials have described it as being ‘novel’.

Tests have so far shown it is a new type of coronavirus from the same family as the deadly SARS pathogen.

Forty-one cases have been contained in the Chinese city of Wuhan since December and dozens more have been hospitalised as suspected patients.

But since two cases have been identified outside the country, the WHO has warned hospitals worldwide to prepare for a potential global spread.

A statement revealed today that a second death was declared at 12.45am on January 15 after medical treatment failed to treat him.

Xiong, whose second name has not been revealed, fell ill on December 31, 2019. His condition worsened on January 4 and he was transferred to the Jinyintan Hospital of Wuhan.

He had severe cardiomyopathy – a heart condition – abnormal kidney function, and seriously damaged organs while hospitalised. It is not clear if these were complications of the virus.

He died on January 9, having been hospitalised after suffering shortness of breath and severe pneumonia.

The man, who also suffered from abdominal tumours and chronic liver disease, had been a frequent customer at a seafood market on Wuhan’s outskirts.

Several other patients worked at the seafood market in Wuhan’s suburbs, and has been closed and investigated as a potential source of the strain.

Although the virus was initially thought to be transmitted by animals, the WHO said there is now evidence of human-to-human transmission.

The first identified case outside of the country in Thailand last week raised concerns the virus could cross borders.

The woman, a Chinese national who was on holiday in Thailand, triggered a step-up in surveillance at airports.

Japan’s government said on January 16 a man treated for pneumonia after returning from China had tested positive for the new coronavirus.

Dr Jeremy Farrar, Director of Wellcome said: ‘News of a case in Japan is extremely concerning – but it is not surprising that we are starting to hear of more cases in other countries.

‘It is possible that the often mild symptoms from this coronavirus may be masking the true numbers of people who have been infected, or the extent of person to person transmission.

‘It is probable that we are looking at patients being affected over a number of days from multiple animals sources and with some degree of human to human transmission.

‘Ongoing research, with prompt and full data sharing between the teams now working together across China and globally on building the information, is vital to ensuring the correct response to this outbreak.

‘Wuhan is a major hub and with travel being a huge part of the fast approaching Chinese New Year, the concern level must remain high.’

THE NEW CORONIVRUS IN CHINA TIMELINE

December 31 2019: The WHO China Country Office was informed of cases of pneumonia of unknown cause detected in Wuhan City, Hubei Province of China. Around 44 suspected cases were reported in the month of December.

January 1 2020: A seafood market was closed for environmental sanitation and disinfection after being closely linked with the patients.

January 13 2020: A Chinese woman in Thailand was the first confirmed case of the mystery virus outside of China. The 61-year-old was quarantined on January 8, but has since returned home in a stable condition after having treatment, the Thai Health Ministry said.

January 14 2020: The WHO say there is some ‘limited’ human-to-human transmission of the virus. Two days previously, the UN agency said there was ‘no clear evidence of human to human transmission’.

January 16 2020: A man in Tokyo is confirmed to have tested positive for the disease after travelling to the Chinese city of Wuhan.

A second death, a 69-year-old man, was reported by officials at Wuhan Municipal Health Commission. He died in the early hours of January 15 at Jinyintan Hospital in Wuhan city having first been admitted to hospital on December 31.