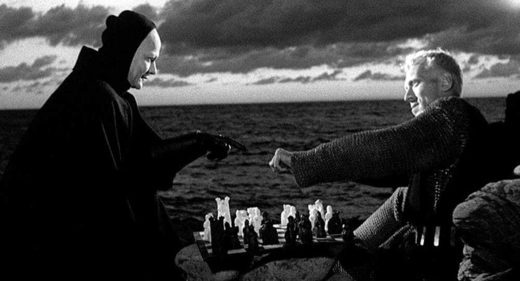 When you first meet someone, you “feel each other out” to see where your lives might connect — where are you from, what do you do, what music/art/books do you like, etc. You are looking for common ground on the basis of which your conversation might proceed. Call this the Basic Game; I’d like to contrast it with two more advanced games that can be played in its stead, or alongside it.

In the Importance Game, participants jockey for position. This usually works by way of casual references to wealth, talent, accomplishment or connections, but there are many variants. I can, for instance, play this game by pretending to eschew it: “Let’s get straight down to business” can telegraph my being much too important to waste time with such games; or your being so unimportant as to render the game otiose.

The other game is the Leveling Game, and it uses empathy to equalize the players. So I might performatively share feelings of stress, inadequacy or weakness; or express discontent with the Powers that Be; or home in on a source of communal outrage, frustration or oppression.

The advanced games really are advanced, in the sense of being harder to play than the Basic Game. This is due to the fact that one must, while playing them, also pretend not to be playing them. It is not okay to approach a new acquaintance with: “Let us set up a contest to figure out which of the two of us is smarter.” Nor would it be reasonable for me to say to my colleague: “How the administration oppresses us! Let us unite in self-pity.” Or to an undergraduate who enters my office: “Let me tell you how overwhelmed I am, that will put us on equal footing.” (“Stars: they’re just like us!”)

Players of the Basic Game are permitted to come pretty close to explicitly saying “Let us see what places/people/interests we have in common.” With the other two games this kind of explicitness itself violates one of the rules of the game. Call this “The Self-Effacing Rule.” Why does this rule apply to the advanced games, but not the Basic Game?

In James Boswell’s Life Of Johnson, Samuel Johnson often speaks in defense of a rigid social class system as the key to social order, because it creates a shared public knowledge of where everyone stands. There is a certain sense in this. A recent acquaintance told me that the least stressful new interactions in his life were in the army, because status relations were immediately evident and common knowledge — you just looked at how many stripes the person had on his shoulder and that was that, status negotiations complete. By contrast, in the extramilitary world, confusion reigns: billionaires wear hoodies, it is high-status to pretend you are low-status and no one is sure who exactly “the elite” refers to. The ensuing condition of generalized status-panic would be Johnson’s worst nightmare. He would be quick to point out that eliminating the obvious markers of status is hardly the same as eliminating status altogether.

When status must be renegotiated in every interaction with strangers, people end up spending a lot of time asking and being asked the question “Just who do you think you are?” The mystery is why we feel required to pretend that this is not what we are doing. Again, what explains the Self-Effacing Rule?

I am much more sure of the significance of this question than I am of the answer to it; the rest of this column will constitute my best attempt at one. Let me begin with the observation that either game in its pure form — “I am so important”; “I am nobody special” — feels heavy-handed and dull. The most adroit players are always finding new ways to mix it up, so the successful lighten their self-importance by emphasizing the struggles they face or their humble origins; likewise, you can add zest to the Leveling Game by finding ways to turn empathy into a status battleground. This is what the game of competitive wokeness is all about. In an academic context, I’ve noticed that complaining about how busy one is hits a sweet spot of oppression — I cannot manage my life! — and importance — because I am so in demand! When you’re playing with a master, it can be hard to tell which game you’re in.

We seem to be less interested in either of these games than in exploring the connection between them — or rather, the philosophical question to which that connection points.

What makes you valuable? One answer is: the fact that you are a person. This way of answering rests on the thought that all people are equally worthy: value is something you get for free, by being a certain kind of creature. Another way to answer would be to talk about value that you (in particular, as opposed to others) have acquired for yourself. You have exercised your agency, choice and capacities in such a way as to make yourself (especially) valuable. These two answers point us to two very different conceptions of what it means to speak of the fundamental worth of a human being.

We might think we can steer these ideas out of the way of one another by allotting to one or the other a slightly more fundamental place — sometimes the political right is characterized as the party of competitive striving, and the left as the party of equality and dignity. But the right is also the party of populism and middle America; and the left of the coastal academic and cultural elites — the non-“deplorables.” Neither of our ideas of worth — the intrinsic and the earned — allows itself to be denied or subordinated for long; ignore it, and it bubbles back up in some other form.

In philosophy we tend to find one of the two ideas foregrounded, the other squeezed in as an afterthought. So Kant holds that being capable of rational agency gives you dignity — it makes you an incomparable source of moral worth, irrespective of anything else that might be true of you. He does, at one point, acknowledge an (imperfect!) duty to cultivate one’s talents, but there is no suggestion that talent or its development plays much of a role in Kant’s answer to the question of “what makes a human being valuable.” Hence Nietzsche savages Kant (and other Enlightenment thinkers) for promoting a “herd morality” that glorifies mediocrity.

For Aristotle the ethical project is squarely one of cultivating superior excellence. He sees human political organization as fundamentally hierarchical, such that the highest virtue in the practical domain — wisdom (phronesis) — can be had only by the ruler. Another virtue, greatness of soul (megalopsychia), consists in being properly appreciative of how much better one is than other people. The occasional nod to equality — for instance, when Aristotle grants that in a criminal proceeding a judge should treat the parties as equals: “it makes no difference whether a good man has defrauded a bad man or a bad man a good one” — only underscores how unequal the overall story is.

It is much easier to mock others for engaging in the Importance Game and the Leveling Game than to acknowledge one is doing it. Jockeying for position and fishing for empathy offer up such twisted, ugly versions of the philosophical ideas of virtue and equality that we could not stand to engage in them for long, were we not shielding our eyes from what we are doing. And that, I think, is what ultimately explains the Self-Effacing Rule.

There is a philosophical conundrum at the root of all this: morality requires we maintain a safety net at the bottom that catches everyone — the alternative is simply inhumane — but we also need an aspirational target at the top, so as to inspire us to excellence, creativity and accomplishment. In other words, we need worth to come for free, and we also need it to be acquirable. And no philosopher — not Kant, not Aristotle, not Nietzsche, not I — has yet figured out how to construct a moral theory that allows us to say both of those things.

This is a giant unsolved problem, and it touches us all. We may not explicitly articulate it, but we feel it, and project the psychic turmoil it generates onto our interactions with one another: there is a hierarchy, one of us is more valuable — no, no, no, hierarchy is evil, everyone is equally valuable; I want to be at the top — no, no, no, I’m perfectly comfortable wherever you are. In my view, there is a philosophical counterpart to Freud’s psychoanalytic thesis that we repetitively “act out” traumatic events we cannot process, namely that we “act out” conceptual problems we cannot solve. A person who cannot see to the bottom of her own ideas becomes a vehicle for the transmission of confusion.

Status-mongering is the mess that results from leaving some of our ethical theorizing undone. We don’t know who we think we are, and it shows.