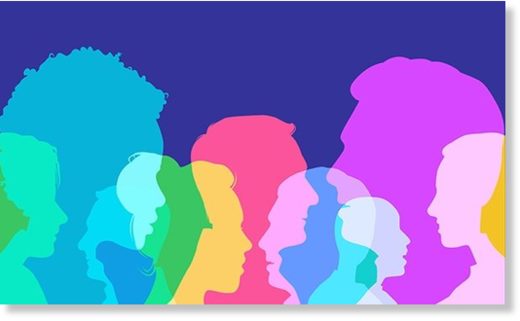 In therapy, psychological healing is delivered via a healing relationship.

How does talk therapy work? What are its active ingredients, the central mechanisms by which clients improve in therapy? The truth is that we don’t quite know. We do know that therapy works, and that some therapies work better than others for some disorders. Yet research has tended to show that, overall, mainstream therapies are remarkably similar in their effects. This has become known as the “dodo bird verdict.“

Given this, researchers have focused much attention on identifying the so-called “common factors” in therapy — those nonspecific aspects of the therapeutic encounter that may shape outcomes across techniques and theoretical perspectives. Over the years, research has identified several such factors, including the client’s expectations (placebo effect), the therapist’s empathy and positive regard, and client-therapist goal consensus.

While the debate over common factors continues, and while various common factor approaches differ among themselves, a broad agreement has emerged that first among the potentially potent common factors is client-therapist rapport — a trusting “therapeutic alliance.” Without rapport, technical skill or theoretical coherence tend to matter little in terms of affecting change. Strong rapport, on the other hand, predicts success quite reliably, often regardless of (or over and above) the therapist’s specific technique, training, theoretical orientation, or experience.

To be sure, the arguments around the nature of rapport and its role in therapy are not quite settled. Causal influences are difficult to ascertain in this area, and so rapport may sometimes be a consequence of rapid change early in therapy, rather than the cause of it. Most studies in this area are correlational, which means that rapport may at times be merely co-occurring with success, rather than causing it. Still, evidence has been accumulating to show that rapport can indeed be a causal agent of change.

Recent research has suggested that rapport may consist of two central elements. One aspect of rapport is trait-like, a result of the client’s “general ability to form satisfactory relationships with others, their internal representations of self and others, and expectations from interpersonal relationships.” In other words, clients who are good at relationships in general can both create a good therapeutic relationship and benefit more from therapy.

This trait-like aspect of rapport has been traditionally measured by comparing outcomes between low- and high-rapport clients. Recent methodological developments, however, have allowed for measuring within-patient variability in rapport during therapy. These studies reveal a state-like component of rapport, referring to “changes in alliance during treatment (e.g., time-specific strengthening of the alliance) that can predict changes in outcome.” In other words, improved rapport during therapy may constitute “an active ingredient sufficient in itself to bring about therapeutic change.”

So, we may agree that rapport can produce client outcomes directly. But how? What is it about therapeutic rapport that actually facilitates change? On some basic level, the answer tracks back to the social nature of our species. As a general rule, we are social animals, and we survive and thrive only in the context of relating well with others. Thus, a trusting relationship with an empathic ally (a therapist, in this case) can: 1. Help alleviate loneliness; 2. Offer encouragement in adopting healthy social habits; 3. Provide a sounding board and timely, accurate feedback regarding social decision-making. The cumulative effect of these provisions is improved social connectedness, which by definition denotes better mental health.

Further, the therapeutic relationship has some specific features that differentiate it from other useful social relations. Unlike other social relationships, the therapeutic relationship is focused entirely on the client’s needs, protected by clear legal and ethical boundaries, and designed intentionally for safe intimate disclosure and honest emotional expression. Such a relationship is bound to be uniquely helpful in facilitating a measure of relief from stress, improved clarity of perspective, and better-honed social skills — all of which amount to improved mental health.

Beyond these basic processes, rapport also appears to facilitate change through allowing for what is known as “corrective emotional experience.” The term itself was coined in 1946 by the psychoanalysts Franz Alexander and Thomas French, who defined it as a transformation process by which painful emotional conflicts may be resolved through “re-experiencing the old, unsettled conflict but with a new ending.” According to Alexander and French, the task of psychotherapy was “to re-expose the patient, under more favorable circumstances, to emotional situations which he could not handle in the past. The patient … must undergo a corrective emotional experience to repair the traumatic influence of previous experiences.”

In other words, in the safe space of the therapeutic situation, and in the presence of a compassionate, empathetic, and encouraging therapist, old and dysfunctional emotional reactions may be overridden by — or refashioned into — constructive responses. As difficult emotions are engaged, aroused, experienced anew, and expressed authentically, they may finally be processed fully into more manageable experiences.

‘Emotional processing’ in this sense involves several elements. First, speaking about difficult events (and feeling the difficult emotions associated with them) over time amounts to de facto exposure, which leads to a reduction in fear arousal (due to habituation and extinction) as well as increased emotional competence (due to practice effects). Second, revisiting an emotional experience in the safety of the therapy room allows old stories and scenes to be revised in light of new information and repositioned inside a broader and more accurate perspective, in part through diluting the negative aspects of the experience (dread, fear, regret, confusion, etc.) with positive ones (resilience, courage, forgiveness, curiosity, etc.), which helps improve coping.

Successful emotional processing through the corrective emotional experience is bound to, in turn, increase the client’s capacity for emotional regulation, which is defined as the ability to “respond to the ongoing demands of experience with a range of emotions in a manner that is socially tolerable and sufficiently flexible to permit spontaneous reactions as well as the ability to delay spontaneous reactions as needed.” A well-developed capacity for emotional regulation is a core feature of what we regard as sound mental health.

One useful recent take on how the therapeutic alliance produces change makes use of the concepts outlined by John Bowlby’s attachment theory. In brief, attachment theory posits that the child — through multiple encounters with the caregiver early in life — internalizes a working model of attachment, a sense of how the self, the world, and other people are expected to behave. A warm, responsive, and sensitive caregiver facilitates a “secure” attachment model, by which the child develops a sense of self-worth and expects others to be helpful and problems to be solved. The securely attached child uses the attachment figure as a “secure base from which to explore.” And since children learn by exploration, this situation is thought to predispose the child toward developmental success. Conversely, insensitive, incompetent, harsh, or erratic caregiver behaviors may lead to the development of an “insecure” attachment system, characterized by relational anxiety, avoidance, or disorganization — all of which are associated with sub-optimal developmental trajectories.

This model of attachment can be used to help explain what happens in therapy. According to this view, the therapist-client relationship is in essence an attachment relationship. Thus, “the good therapist becomes a temporary attachment figure, assuming the functions of a nurturing mother, repairing lost trust, restoring security, and instilling two of the key skills engendered by a normal childhood: the regulation of emotions and a healthy intimacy.” In other words, corrective emotional experiences in effect help to create a new, secure attachment relationship, resulting in a healthy internal working model, which in turn leads to better self-appraisal, emotion regulation, and social relations — and hence to improved mental health.

In sum, a popular saying in 12-step groups is “you’re only as sick as your secrets.” Studying the mechanisms of therapy effectiveness reveals another deep truth about human psychology:

You’re only as healthy as your relationships.