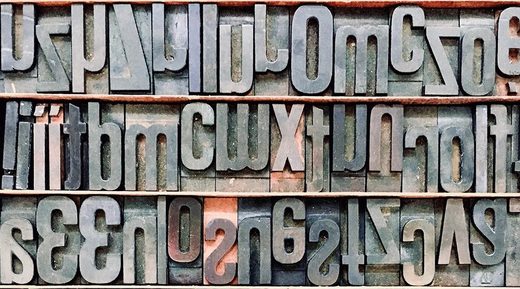 In the early twentieth century, anthropologists and linguists including Edward Sapir and Benjamin Lee Whorf (his student) developed a provocative hypothesis: that the language we speak impacts the way we see the world, and our behavior in it. Since then, scholars have been debating the validity of what became known (some say inaccurately) as the Sapir-Whorf hypothesis, and researching the boundaries of language’s influence on our cognition. In the following excerpt of the recently published Don’t Believe a Word: The Surprising Truth About Language, Guardian writer and editor David Shariatmadari explores the latest research in the debate — and the questions it continues to raise about the links between language and behavior.

It’s easier to prove or disprove a hypothesis in a well-defined area of experience that can be readily compared across languages. That’s why a lot of scholars interested in Benjamin Lee Whorf’s ideas focused their research on color. Because color is a physical property, determined by the wavelengths of light that are reflected or absorbed by an object, you might assume that all languages have just as many words for colors as there are colors in the world. But the human eye can distinguish around 1,000,000 different shades, and I’d be surprised if you could quickly name more than ten. Choices are evidently made about how we divide up the spectrum of visible light — and languages make those choices differently.

The exact manner in which languages slice up the spectrum — the way they happen to label colors — can have a measurable effect on our perception. Not exactly shocking. But there are more mind-boggling examples of Whorfian effects out there. Could the language you speak, for example, make you more likely to injure yourself, or even die?

Swedish is a north-Germanic language, very closely related to Danish, Norwegian, and Icelandic. It sits within the larger Indo-European language family, meaning it shares ancestors with English, French, Greek, Russian, and so on. Finnish, on the other hand, is part of the Finno-Ugric language family, which includes Hungarian and Estonian. The grammar and native vocabulary of these languages are completely different, despite the geographical proximity. The Swedish for “father” is far. In Finnish it’s isä. In Swedish “eye” is öga, in Finnish silmä.

While there is undoubtedly a deep linguistic divide, the Nordic neighbors have similar standards of living, legal systems and modes of social organization. There’s a huge amount of trade and cultural exchange, and around 300,000 ethnic Swedes live in Finland. It’s odd, then, given this cultural closeness, that the two countries should have sharply different rates of workplace accidents, with those in Finland being significantly higher. Even more bizarrely, this pattern holds among the Swedish minority in Finland: factories in Swedish-speaking areas are in line with the Swedish national rate. And we’re not simply talking about bumps and bruises. The industrial fatality rate among Swedes is 31 percent lower than for Finns.

Strange as it may seem, it’s possible that language holds the key. In Swedish, prepositions (words like “to,” “over,” “through,” etc.) allow for the fine-grained description of movements over time. Finnish, which relies more on case endings (those suffixes which tell you about the connections between words), tends to emphasize the static relationships of objects to one another. According to the psycholinguist John Lucy, linguists researching the discrepancy determined that “Finns organize the workplace in a way that favors the individual worker (person) over the temporal organization of the overall production process.” That kind of organization seems to reflect the way sequences of events are structured in the Finnish language. As a result, “Lack of attention to the overall temporal organization of the process leads to frequent disruptions in production, haste, and, ultimately, accidents.”

Those same qualities of Finnish may also have produced a distinctive cultural genre. Lucy reports the results of research into film-making according to language family. “Indo-European (Swedish, Norwegian, English) productions formed coherent temporal entities in which action could be followed from beginning to end across scenes, whereas . . . Finnish, Hungarian, Estonian productions showed more emphasis on static settings with only transitory movement.”

These effects are extraordinary, but they’re difficult to pin down. Although the research concerned made as much effort as possible to isolate the effects of linguistic structure, it’s still reasonable to ask where the linguistic ends and the cultural begins. Separating out the effects of being brought up in, say, a Finnish-speaking household from the effects of Finnish grammar itself would be a challenge.

This question becomes more intriguing still when we consider grammatical gender — the requirement in some languages for all nouns to be defined as male, female and sometimes a third category, neuter. English and Finnish don’t have grammatical gender. A table, a car or a tree are neither male nor female. In Spanish, however, the word for “table” — la mesa — is feminine, takes the feminine definite article, la, and must be replaced by the female pronoun, ella. “Car” is masculine — el coche — as is “tree” — el arbol. In German, “table” — der Tisch — is masculine, “car” — das Auto — is neuter, and “tree” — der Baum — is masculine. The assignment of these words to different gender categories appears to be arbitrary.

What does it matter? Surely in the course of everyday thinking, German, Spanish, and French speakers don’t really imagine that rocks, scissors, and paper are somehow more or less female, male or something in between? For these speakers, gender must fade into the background, merely part of the nuts and bolts of language, of no more consequence than the fact that we add an “s” to nouns when there are more than one of them. Well, cognitive scientist Lera Boroditsky devised experiments to check this hypothesis and came up with some surprising results.

First, she gathered a group of German and Spanish speakers to investigate whether the gender markers attached to nouns were meaningfully interpreted as being either masculine or feminine. Boroditsky and her colleagues selected twenty-four objects and gave them masculine or feminine proper names. An apple might be called Patrick, for example. Half the time the name matched the grammatical gender; half the time it didn’t. Subjects were then tested on their recall of the names. When the name matched the gender, they were better at remembering it than when it didn’t — suggesting that there is a sense of an object actually seeming masculine or feminine when the grammar marks it that way.

What to make of this? Boroditsky’s further hypothesis was that speakers whose language assigns the word “apple” masculine gender might conceive of it more in terms of stereotypically masculine qualities, and vice versa for speakers who assign it feminine gender. If this were true, it would have all sorts of implications for the mental life of these speakers, their grasp of the way the world works and how they understand natural and artificial processes. Not only that: in descriptions of the “meaning” of a word, we would have to add the associations it has as a result of its gender. A truly complete translation of le soleil, the French, masculine sun, would need to communicate the difference between it and the German feminine sun, die Sonne.

To investigate this, Boroditsky used another list of twenty-four objects that had the opposite genders in German and Spanish. She then asked native speakers of those languages to write down the first three English adjectives the objects brought to mind. The aim was to see whether the descriptions they produced tended to “match” the gender of the word. The “masculinity” and “femininity” of these adjectives was rated by a separate group of English speakers to provide an unbiased measure.

What this appears to show is that, if your mother tongue teaches you that keys are categorized as masculine, your idea of “key” is infused with what are judged masculine qualities in your culture — and this applies even when you’re using another (genderless) language. With these results, Whorf’s theory seems to rise from its shallow grave.

Excerpted from Don’t Believe a Word: The Surprising Truth About Language. Copyright (c) 2019 by David Shariatmadari. Used with permission of the publisher, W. W. Norton & Company, Inc. All rights reserved.