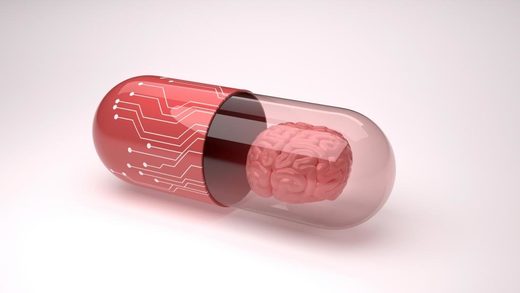 Data from the CDC1 in 2017 show heart disease causes one death every 37 seconds in America and that it is the leading cause of death in the U.S. It created a financial burden of $219 billion in 2014 and 2015. Every 40 seconds someone has a heart attack. Those at higher risk are smokers and those who have high blood pressure, high blood cholesterol and/or diabetes.2

Since researchers believed cholesterol levels contribute greatly to heart disease, pharmaceutical companies focused on developing a drug that might be marketed to millions when they first began searching for a “cure” to what is known as “hardening of the arteries.” After a historical journey beginning in the mid-20th century,3 the first statin drug was released in 1987 — lovastatin.

The way statin drugs work is by preventing a certain enzyme from carrying out its function in the body. This was first tested with fungi broths and then later in animals, and in both cases it lowered plasma cholesterol. Millions of people now take statins on the advice of their physicians with the hope of extending their life and reducing their risk of heart disease. One Johns Hopkins cardiologist explains a dangerous evolution of statin use:4

Traditionally, statins were viewed as purely cholesterol-lowering drugs. So it made sense just to use them for people with high cholesterol. But we’ve learned that they also benefit people with lower levels of cholesterol who are at a high risk of heart disease. So we now think of statins as risk-reducing drugs.

As mainstream medicine continues to prescribe statin medications to a growing number of patients whether they currently have cholesterol levels deemed higher than normal or not, others are warning this trend is likely placing more people at risk than it is helping.

As I have reported, a 2015 review of statin trials found that in primary prevention trials, the median postponement of death in those taking statins was just 3.2 days. In exchange for an additional 3.2 days, those taking statins may experience heart damage and have an increased risk of dementia.5,6

Do You Experience Statin Brain?

Dr. Beatrice Golomb is a professor of medicine at the University of California, San Diego, whose recent research has focused on statin use. In her answer to a question by a Scientific American reader, she writes about how statins affect your neurological system and, more specifically, your brain:7

Between 2003 and 2012 roughly one in four Americans aged 40 and older were taking a cholesterol-lowering medication, according to the Centers for Disease Control and Prevention. But studies show that statins can influence our sleep and behavior — and perhaps even change the course of neurodegenerative conditions, including dementia.

In 2015, my colleagues and I observed that women taking statins, on average, showed increased aggression; men typically showed less, possibly because of reduced testosterone levels. Some men in our study did experience a marked increase in aggression, which was correlated with worsening sleep.

By 2016, the recommendations for statins widened when the U.S. Preventive Services Task Force published new guidelines in which they indicated statins should be started in people between the ages of 40 and 758 who have at least one risk factor for heart disease. This recommendation resulted in 35 million who are currently prescribed statin medications.9

Golomb has found the drugs produce different effects based on a person’s medical history, the drug they are taking and the dose.10 She’s found that while adverse drug reactions have been reported with statin use, there are not a lot of published studies having to do with mood and behavioral changes related to statin use.

In 12 case studies, Golomb found changes that started after statin use was begun and persisted or progressed as the drug was continued. Reports of violent ideation, suicide, irritability and depression were resolved when the drug was discontinued. A sample of the reports include:

Other reported symptoms included suicide attempts, cognitive compromise, nightmares and anxiety. Golomb first suspected a connection between statins and mental health changes nearly 20 years ago. She found more evidence in the literature than she anticipated. She then conducted a study in Sweden, comparing the cholesterol levels of 250,000 to local crime records and commented to the BBC:11

There are lines of evidence converging. Even adjusting for confounding factors, it was still the case that people with lower cholesterol at baseline were significantly more likely to be arrested for violent crimes.

While physiological changes are testable, psychological and personality changes are less objectively measured. Results from one survey12 in 2016 demonstrated that despite media attention to normalize mental health issues, 12 million adults in the U.K. with mental health issues did not seek help, mainly because they were embarrassed.

There is evidence to support that those with naturally low cholesterol may experience greater aggression and anger. In a study13 of 4,852 children ages 6 to 16, researchers found that those whose cholesterol was less than 145 mg/dL were three times more likely to be suspended from school than those whose levels were higher.

The researcher speculated the stress from being suspended may have reduced cholesterol concentrations. However, other studies demonstrate that stress increases, rather than reduces, cholesterol levels.14 Lowering cholesterol levels appears to affect serotonin levels in the brain as demonstrated in animal studies involving fruit flies15 and fish.16

However, she is more concerned about the lack of interest in the science community of the impact that seemingly ordinary drugs have on personality and aggression. One pain researcher from Ohio University also noticed this issue:17

There is a remarkable gap in the research actually, when it comes to the effects of medication on personality and behaviour. We know a lot about the physiological effects of these drugs – whether they have physical side effects or not, you know. But we don’t understand how they influence human behaviour.

The BBC reports the U.S. purchases 49,000 metric tonnes (54,013 tons) of paracetamol (acetaminophen) every year, enough for each person to take 298 tablets in a year. At the same time, Americans are spending an average of $1,200 per person on prescription drugs. As people get older, the dependence on drugs may get even worse.

One of the side effects of statin medications is that they deplete your body of coenzyme Q10 (CoQ10). This might explain some of the devastating, long-term results experienced by those taking the medication. As early as 2002 it was strongly suggested18 that the FDA should issue a black box warning to advise patients and physicians of the depletion of CoQ10, but in 2014 the FDA decided against it.19

CoQ10 is important because it can help manage heart failure.20 When taking statins, you may find yourself dealing with a reduction in vitamin K221 and, by extension, a higher risk of osteoporosis,22 brain disease23 and inappropriate calcification throughout the body.24

The use of statins also comes with an increased risk of neurodegenerative diseases,25 cataracts26 and musculoskeletal disorders.27 While the FDA reports liver complications are rare, one physician’s search28 of the FDA’s Adverse Event Reporting System (FAERS) found 5,405 people who reported hepatitis or liver function abnormalities that were associated with only two different statin medications between 2006 and 2013.

Researchers also found that those taking statins have a higher risk of Type 2 diabetes.29 In one published study,30 22 professional athletes with familial hypercholesterolemia were followed for eight years and treated with different statins. Of the 22, only six tolerated at least one drug. In only three of the six could training performance continue without limitation.

Rising Number of Seniors Taking Too Many Prescriptions

In the U.K. more than 10% of the general population over age 65 takes at least eight prescribed medications every week.31 The New York Times32 reports the average person in their mid- to late 60s in the U.S. takes 15 prescription drugs each year, which doesn’t consider the number of over-the-counter products they might also be taking.

The use of multiple prescription drugs is called polypharmacy, which is common among the elderly and especially those in nursing homes. Polypharmacy may increase hospitalizations with a high number of complications, increased rates of death and excessive health care costs.33

One of the hidden dangers of taking drugs with significant side effects, such as statins, is that one drug is often prescribed in order to take care of the side effects of another. Drug interactions can then cause hospitalization and sometimes the interactions may lead to death.

Consider using simple strategies to normalize your cholesterol levels. I believe a total cholesterol measurement has little benefit in evaluating your risk for heart disease unless the number is over 300.

In some instances, high cholesterol may indicate a problem, provided it’s your LDL or triglycerides and you have low HDL. A better evaluation of your risk of heart disease are the following two ratios in combination with other lifestyle factors, such as your iron level and diet:

You have control over your health and may protect your heart and lower your risk of heart disease by following suggestions affecting your lifestyle and exposure to environmental toxins. In my article, “Cholesterol Managers Want to Double Statin Prescriptions,” I share a list of suggestions to help minimize your toxic exposure and improve your body’s ability to maintain good heart health.

Additionally, in my article “Nearly Half of American Adults Have Cardiovascular Disease,” I summarize additional strategies you may use to improve microcirculation in your heart. I also talk about mitochondrial function and insulin resistance, which are related to strong heart health.