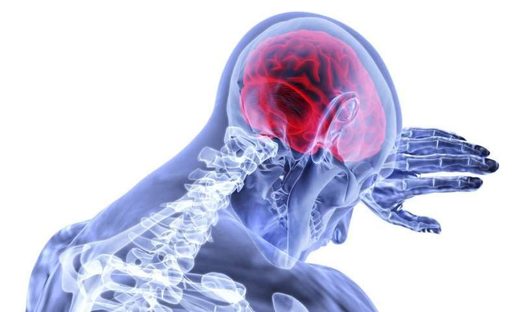 In her Social and Cultural Neuroscience Lab at the University of Miami, assistant professor of Psychology Elizabeth Losin investigates the mechanisms underlying racial and ethnic disparities related to pain and pain treatment. She looks at the role the brain plays using functional MRI (fMRI) and the impact of social and cultural factors, including the doctor-patient relationship and stressful life experiences such as discrimination.

In the study “Neural and sociocultural mediators of ethnic differences in pain,” published today in the journal Nature Human Behaviour, Losin, Tor Wager, Diana L. Taylor Distinguished Professor in Neuroscience at Dartmouth College, and colleagues identify possible brain and social factors underlying racial and ethnic disparities in pain. The researchers found that African American participants reported greater pain in response to a controlled pain stimulation than Hispanic or non-Hispanic white participants did. African Americans also exhibited differences in their brain responses to pain, which correlated with their personal histories of experiencing discrimination.

“There’s evidence that both the general public and clinicians believe that African Americans are less sensitive to pain than non-Hispanic whites; yet research, including our own, shows exactly the opposite.” said Losin. “Minorities, particularly African Americans, actually report more pain.”

These inaccurate racial and ethnic biases about pain could have medical consequences.

“If medical professionals, whether consciously or unconsciously, believe that African Americans feel less pain than others, clinicians may be less inclined to alleviate the pain of their African American patients,” explained Losin. Understanding why these pain biases exist, therefore, is a key step toward closing the pain gap — in other words, eliminating racial and ethnic disparities in pain and its treatment.

In the study, Losin and her team measured brain responses using an MRI (magnetic resonance imaging) machine while simultaneously inducing pain in participants via a laboratory heating apparatus on the arm. Outside the MRI scanner, they asked participants questions about different aspects of their lives, including stressful life experiences and previous experiences with pain. The subject group consisted of 88 participants (28 African Americans, 30 Hispanic Americans, and 30 non-Hispanic white Americans) from the Denver metro area, who were recruited and tested by Losin in Wager’s Cognitive and Affective Neuroscience Lab at the University of Colorado Boulder.

All of the study participants were administered the same controlled pain stimulation. African Americans, however, reported greater pain than Hispanic or non-Hispanic white participants, which is consistent with previous studies. During this study, the researchers also looked for differences in brain responses to pain. Using the MRI scanner, the researchers identified two specific areas of the brain, the ventral striatum and ventromedial prefrontal cortex, which responded to pain more strongly in African American participants than the other two groups. Prior research has found that these two brain regions also respond more strongly to pain in chronic pain patients.

The researchers think that the similarity between the increased pain sensitivity observed in African Americans in their study and that which is typically seen in chronic pain patients may be due to stress.

“We know that stressful experiences early in life predispose people to developing chronic pain,” said Losin. The results of this study suggest that a history of other kinds of stressful experiences, including discrimination or having a mistrust of doctors, may change the brain in ways that may cause people to respond more strongly to physical pain.

“These findings exemplify how neuroimaging is teaching us that there are multiple contributions to pain,” noted Wager, “and that we need to consider the broader psychological and cultural setting when we think about what is underlying pain and how to address it.” This study suggests that racial and ethnic disparities in pain may be a symptom of a much broader problem, underscoring the impacts of racial and social discrimination in society.

The findings point to a promising avenue for reducing pain-related health disparities in the near term, however: building greater trust between African American patients and their doctors. Ongoing experiments in Losin’s laboratory are aimed at understanding the relationship between patients’ trust in their doctors and their experience of pain.

Despite the differences observed, Losin pointed out that the groups in this study were more alike than different. “An important part of studying group differences is also to look for similarities,” Losin explained. “In our study, brain systems related to the sensory aspects of physical pain were responding very similarly across all ethnic groups.”

“It’s a common misconception that any difference you see between groups of people must be an intrinsic difference, rooted in our biology. But the differences we found in this study were related to people’s life experiences.”

This, according to Losin, is good news: “It reaffirms our similarities and provides hope that racial and ethnic disparities in pain can be reduced.”