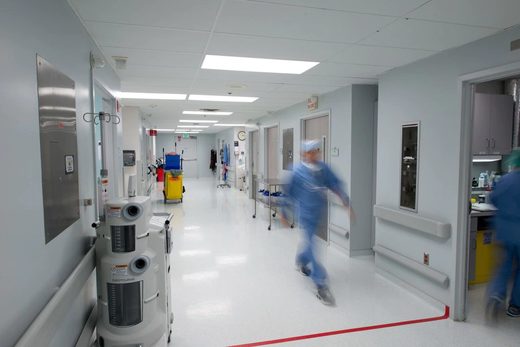 The House of God, my first novel, was about the abuses of medical internships. After it was published in 1978, it started a conversation that led to significant real-world reform in the way that first year doctors are treated. Our schedules had been 36 hours on call, every third night — sometimes, every other night. The fatigue was hellish. We had no real life outside our job. Medical interns now are prohibited from working such schedules.

Yet somehow the medical profession is worse now. We doctors face an epidemic of burnout. It is estimated that a doctor commits suicide almost every day in the US. More than half of physicians reported symptoms of burnout in a 2014 study, and while that rate dropped to 43 percent in a 2017 follow-up, it is still much higher than the rate for all US workers, which stayed essentially flat in those years. What has gone wrong with our once beloved profession?

A report in The American Journal of Medicine last year looked at this question. It defined burnout as 1) lacking a sense of accomplishment, 2) cynicism, and 3) lack of enthusiasm for our work. It found that the one thing in medicine that seemed to correlate with the rise of burnout was the electronic medical record, introduced in 2008. A Stanford study showed that 71 percent of doctors say that electronic health records contribute to burnout.

Electronic health records were supposed to improve patient care, and the medical system overall. The computers alone aren’t the issue — we doctors are computer literate, and welcome having clear data of diagnosis and treatment, and the ability to share this with other health care workers. But “medical records” is a misnomer. In 2008, if these systems had only been for medical data and transmission of data, all would be well. But the private insurance industry somehow got into them, and linked every bit of medical data to a cash payment. Now, the data part has been consumed by the payment part. These screens have become, for the most part, billing machines, battlegrounds between health care organizations and insurers. Doctors are caught in the middle. I believe this is the main cause of the epidemic of doctor burnout.

For patients, the issue is more than just having to find a new doctor when their old one gets fed up and leaves the field. An examination of studies of physicians found that the odds of patients experiencing a safety incident more than doubled when they were being treated by a doctor with symptoms of burnout. The biggest factor: depersonalization, when doctors start seeing patients not as people, but as objects.

One problem is that these billing systems are agonizingly slow. Prescriptions, which by hand took 15 seconds each, now take several minutes of careful clicking on a series of lists. Next time you visit your doctor, pay attention to how much time his or her back is turned to you, typing into the computer. Research suggests it averages out to be about 60 percent of the time.

For every hour your doctor spends with you, another two hours are spent in front of that screen. Doctors in training spend 80 percent of a shift clicking and only 20 percent of their time with patients, face to face. A study of emergency department physicians found they average 4,000 clicks per shift. There’s even a new diagnosis: “carpal click syndrome.”

Spending all this time with screens means that doctors have lost time to actually be with patients, to “see” them. Most of us become doctors for that sense of “being with” others in their suffering, and helping them. But the human-to-human connection — proven in countless studies to be healing — is mostly gone.

Recently, I met with final year medical students, to hear about their training experience. They were not happy, because doing rounds consisted of walking down the corridor looking at screens. The doctors rarely entered a patient’s room. There was little time for teaching. These students are about to become newly minted doctors. They are computer literate, and have never seen a paper medical record. They should be excited, not grousing about their screen experience. It’s little wonder that younger doctors are more likely to experience burnout than older ones.

The only real cure for burnout is politically difficult. In the words of The Fat Man, the hero of my new novel, Man’s 4th Best Hospital: “We’ve got to squeeze the money out of the machines.”

To do that, we’d have to unlink the data from the private insurance payments, and make the systems about care, not cash. This Medicare for All approach would have supplemental private insurance that has no billing access through our doctors’ computers. A model already exists, at the Veterans Health Administration. Its electronic records system is clunky, but doctors like it because it’s simple to use and doesn’t impede patient interactions. Most importantly, there is no for-profit billing on the screens. No burnout.

There are efforts all across the country to treat burnout: “physician wellness” programs that teach doctors techniques like meditation, “scribes” to allow the doctor to face the patient, and enhanced dictation-to-text programs. The IT department at New York University Grossman Medical School, where I am a professor, worked with a major vendor of electronic medical record systems to create a patient-focused dashboard for doctors. The dashboard both improved quality of outcomes and reduced costs.

Samuel Shem is the pen name of Stephen Bergman, a physician and writer whose new novel is Man’s 4th Best Hospital. Send comments to magazine@globe.com.