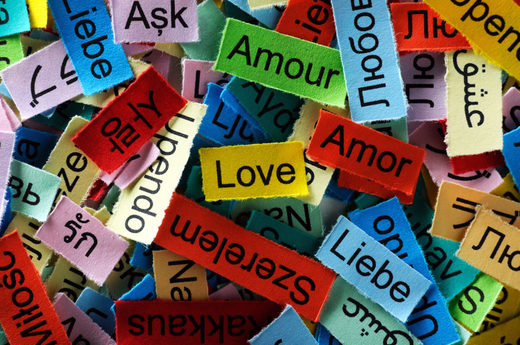 When you can’t quite put your finger on how you’re feeling, don’t worry — there may be a non-English word that can help you out. There are hundreds of words across the world for emotional states and concepts, from the Spanish word for the desire to eat simply for the taste (gula) to the Sanskrit for revelling in someone else’s joy (mudita).

But what about those words that exist across many languages — “anger”, for example, or “happiness”? Do they mean the same thing in every language, or do we experience emotions differently based on the culture we are brought up in? Is the experience we call “love” in English emotionally analogous with its direct translation into Hungarian, “szerelem”, for example?

In a new paper in Science, Joshua Conrad Jackson from the University of North Carolina at Chapel Hill and colleagues looked at 2,439 distinct concepts (including 24 relating to emotion) from 2,474 languages. The team analysed the similarities and differences between languages based on patterns of “colexification”: instances in which multiple concepts are expressed by the same word form.

In Persian, to use the team’s example, the word ænduh can be used to express both grief and regret; in the Dargwa dialect, spoken in Dagestan in Russia, dard means grief and anxiety. It follows, therefore, that Persian speakers may understand grief as closer to regret, and Dargwa speakers closer to anxiety.

But there were some similarities. Words with the same emotional valence — i.e. that were positive or negative — tended to be associated only with other words of the same valence, in all language families across the world. Happiness, for example, was linked to other positive emotions, even if the specific associations were slightly different depending on the language family. (This wasn’t always the case though: in some Austronesian languages, “pity” and “love” were associated, suggesting pity may be more positive or love more negative than in other languages). Similarly, low-arousal emotions like sadness were also unlikely to be compared to high-arousal emotions like anger.

And geography also seemed to matter: language families that were geographically closer tended to share more similar associations than those that were far away.

The study’s findings suggest that emotional concepts do vary between languages up to a point, raising the question of just how similar supposedly universal experiences are. Of course, it’s impossible to know exactly how somebody else is experiencing the world, and language can often be woefully inadequate when it comes to expressing our internal life. And while the research suggests that those emotional experiences may vary in subtle ways across the world, deep down it seems we’re not so dissimilar at all.