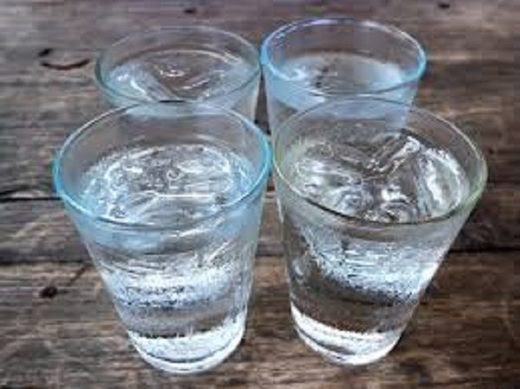 Water is a basic necessity, needed to maintain a healthy body, a clear mind, and a good balance within your tissues. About 60 percent of your body is water, and you must constantly replenish the supply, as it’s used continuously in the processes of life. Many people fail to drink enough of it. The standard recommendation is to drink at least eight 8-ounce glasses a day. I’m not sure you need to force that much down, but do try to drink as much as you can, and more than you think you need. While you’re doing all this drinking, however, make sure you’re not adding new toxins to your body.

I have always recommended drinking high-quality bottled water or, if possible, getting a water-purification system for your home. However, before you spend any money on a filtration system, find out what’s in your water – have your tap water tested for contaminants such as fecal-coliform bacteria, lead, fluoride, chlorine, arsenic and nitrates, as well as parasites, other microorganisms, sulfates, herbicides, and pesticides. (Don’t rely on the free testing offered by companies selling water purifiers – they’re not thorough enough. Instead, use an independent lab – you may find you don’t need a home purifying system). State and local health departments often do free tests for bacterial contamination, but to find out about toxic substances, you’ll need the services of a private testing lab. Testing for a range of common contaminants can cost more than $100, but the investment is certainly worthwhile it if saves you the cost of a purifying system.

Chlorine and lead are two of the most common contaminants in water. Chlorine is a strong oxidizing agent that may increase the risk of heart disease and is linked to certain types of cancer. Water containing more than 10 parts per billion of lead is a health risk, especially for infants, children and pregnant women – and probably for everyone else, as well. Even small amounts may result in organ damage and stunt the nervous system. If you are using tap water for drinking or cooking, I suggest that you get in the habit of flushing your kitchen faucet daily by letting water run for three to five minutes in the morning (or after periods of disuse).

This is only a temporary solution to the problem. It is too expensive for regular use, and you cannot count on its safety. According to an investigation by the Natural Resources Defense Council, bottled water is sometimes tap water in disguise – and even bottled spring water can be contaminated. The New York-based environmental advocacy group tested more than 1,000 bottles of 103 brands of bottled water and found that about one-third violated state standards or microbial impurity guidelines. Some of the brands tested were contaminated with bacteria, while others contained chemical contaminants. The NRDC report noted that FDA rules exempt bottled water from some of the standards and testing that apply to tap water. (Visit the NRDC report to read more about tap water.)

You can try drinking bottled distilled water if you like. It’s water that has been turned into steam so its impurities are left behind. The steam is then condensed to make pure water. The process of distillation kills and removes virtually all bacteria, viruses, heavy metals, and other organic and inorganic contaminants. Once distilled, the water is as pure as water can reasonably be. While it’s true that distillation removes minerals as it eliminates various other contaminants from water, I don’t feel this is a problem. We get our minerals from food, not water.

Instead of buying bottled water – distilled or otherwise – you might want to look into a home water purifying system or home distiller, but do not invest in one without doing some homework. The systems vary greatly in quality, efficiency and price. Be skeptical of the claims made by salesmen.

In some parts of the United States the calcium and magnesium in water precipitate out and stick to the plumbing pipes, water heaters and even tea kettles as “scale.” This can eventually clog pipes and interfere with heat conduction. The minerals that make water “hard” also interfere with the ability of soap to dissolve and lather, so you can end up with soap film on your skin and hair, as well as your clothes and dishes.

The solution is to install a water softener that gets rid of the calcium and magnesium via the exchange of ions with sodium or potassium ions in a bed of small plastic beads or through a chemical matrix called zeolite. I recommend using potassium in the water softener, although it costs about three to four times more than sodium. Potassium is better for your health and better (though still not great) for the environment. However, even if you use potassium, don’t drink water that has been through a water softener. Though softened water is fine for bathing, use distilled water for drinking or cooking.