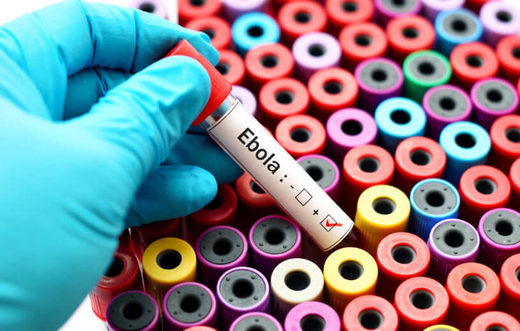 The Ebola virus is indisputably one of the deadliest viruses known to man, but according to Yale scientists, it may actually do some good for a change. Researchers say certain parts of the Ebola virus have shown promise in treating and fighting glioblastomas, or very hard to treat and often fatal brain tumors.

“The irony is that one of the world’s deadliest viruses may be useful in treating one of the deadliest of brain cancers,” comments Yale’s Anthony van den Pol, professor of neurosurgery, in a release.

This unlikely medical collaboration takes advantage of a fundamental weakness in cancerous tumors. Most cancer cells are unable to defend themselves with an immune response against viruses. This fact has caused researchers to test out the use of viruses in the fight against cancer. Of course, using viruses for medical purposes carries some inherent risk; viruses can potentially lead to dangerous infections in cancer patients.

So, in an effort to mitigate that risk, the team at Yale have been experimenting with producing and testing out chimeric viruses, or artificially created viruses created using a combination of genes from various viruses. Ideally, these chimeric viruses should be able to target and attack cancer cells without actually harming or infecting patients.

The Ebola virus is particularly deadly because it carries seven different genes that help it hide from the human body’s typical immune system response to a virus. van den Pol and his team injected a chimeric virus containing one of those Ebola genes, a glycoprotein with a mucin-line domain (MLD), into the brains of a group of mice with head tumors. Sure enough, the MLD within the glycoprotein, which in a wild strain of Ebola serves to hide the virus from the immune system, effectively helped target and kill cancerous brain tumors in the mice.

In this case, the MLD is actually beneficial for cancer patients because it acts as a protector of normal cells from infection, while simultaneously attacking cancer cells. As mentioned earlier, these cancer cells largely do not have the ability to activate an immune response to pathogens, leaving them helpless.

Researchers speculate that the chimeric virus containing an Ebola gene is so much more effective than others because it replicates at a slower rate, making it that much safer for patients. They’re hopeful that this approach can be further perfected and eventually used in combination with more traditional surgery to help cancer patients beat brain tumors.

The study is published in the Journal of Virology.