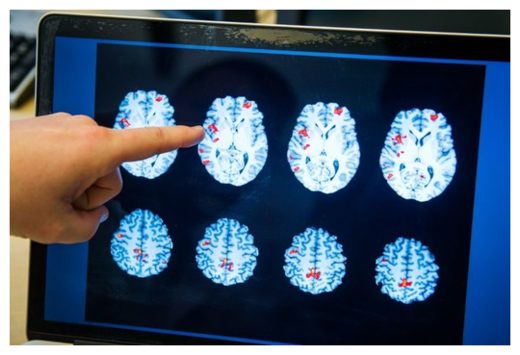 © Jonathan Nackstrand, AFP
A neuropsychologist points to a brain scan showing the brain activity of a paedophile at the Huddinge hospital near Stockholm.

A small amount of electricity delivered at a specific frequency to a particular point in the brain will snap a monkey out of even deep anesthesia, pointing to a circuit of brain activity key to consciousness and suggesting potential treatments for debilitating brain disorders.

Macaques put under with general anesthetic drugs commonly administered to human surgical patients, propofol and isoflurane, could be revived and alert within two or three seconds of applying low current, according to a study published today in the journal Neuron by a team led by University of Wisconsin-Madison brain researchers.

“For as long as you’re stimulating their brain, their behavior — full eye opening, reaching for objects in their vicinity, vital sign changes, bodily movements and facial movements — and their brain activity is that of a waking state,” says Yuri Saalmann, UW-Madison psychology and neuroscience professor. “Then, within a few seconds of switching off the stimulation, their eyes closed again. The animal is right back into an unconscious state.”

Mice have been roused from light anesthesia before with a related method, and humans with severe disorders have improved through electric stimulation applied deep in their brains. But the new study is the first to pull primates in and out of a deep unconscious state, and the results isolate a particular loop of activity in the brain that is crucial to consciousness. 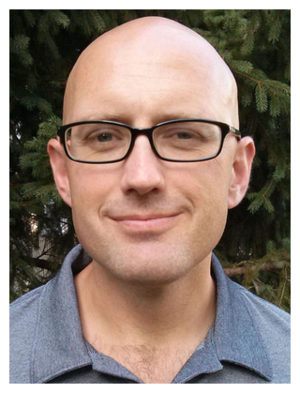 Saalmann’s lab focused its attention on a spot deep in the core of the brain called the central lateral thalamus. Lesions in that area of the human brain are linked to severe consciousness disruption like coma. But location alone was not enough to manipulate consciousness. Building on studies of waking versus unconscious brain activity in cats, says graduate student Michelle Redinbaugh, the researchers tried to match the frequency of central lateral thalamus activity during wakefulness.

Precisely stimulating multiple sites simultaneously as little as 200 millionths of a meter apart and applying bursts of electricity 50 times per second proved to work like a switch to bring the brain in and out of anesthesia.

“A millimeter out of position, and you dramatically reduce the effect,” says Redinbaugh, first author of the study. “And if you’re in that ideal location, but stimulating at two Hertz instead of 50? Nothing happens. This is very location- and frequency-specific.”

“So, you have this loop between the deeper layers of the cortex and the central lateral thalamus, which in a sense acts like an engine,” says Saalmann, whose work was supported by the National Institutes of Health and the Binational Science Foundation. “We can now point to crucial parts of the brain that keep this engine running and drive changes in the cerebral cortex that affect your awareness, the richness of your conscious experience.”

Designing and delivering electrical stimulation with such precision gives the researchers hope that their approach could be used to help patients dealing with many types of abnormal brain activity.

“This kind of intervention could really be improved by a tailor-made approach,” says Redinbaugh. “Specifically mimicking activity of this nucleus could be a much more effective way of helping patients in a coma, or people that have spatial neglect. We think this could broadly affect disorders of consciousness.”

THIS RESEARCH WAS FUNDED WITH GRANTS FROM THE NATIONAL INSTITUTES OF HEALTH (R01MH110311 AND P51OD011106), THE BINATIONAL SCIENCE FOUNDATION (201732) AND THE WISCONSIN NATIONAL PRIMATE RESEARCH CENTER.