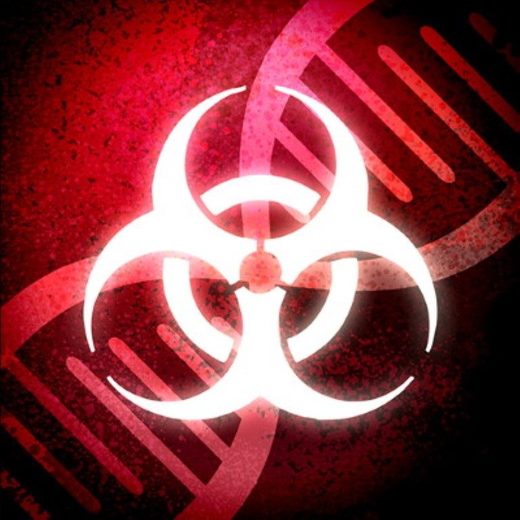 Summary: I talk to people who worry about the coronavirus epidemic and so read much about it – but know almost nothing, with facts lost amidst the rumors and misinformation. Here is a clear picture of what is known, so far. We learn more each day.

Important: the WHO has not yet declared COVID-19 (aka coronavirus) to be a pandemic – where the epidemic spreads rapidly across multiple regions simultaneously. The label “pandemic” describes a disease’s extent and speed of spread, not its severity. See the WHO website for details (here and here). The COVID-19 epidemic now might be breaking containment to become a pandemic. This is where the preparation during the past two months will prove its worth – or not.

From the WHO Situation Report of February 23.

So far there are 29 nations affected (5 new nations since February 3). There are 1769 confirmed cases outside China (367 new), with 17 deaths (6 new). That is 1135 cases plus the 634 guaranteed or tested from the Diamond Princess cruise ship. Reminder: the world’s population outside China is six and one-half billion.

People take for granted this accurate, timely, and detailed data (esp. the “government can’t do anything” and “the UN is evil” folks). It did not exist for epidemics until recently. This information is collected according to the International Health Regulations (2005). All Member States are required to immediately report any new confirmed case of COVID-19 and, within 48 hours, provide information related to clinical, epidemiological, and travel history using the WHO standardized case reporting form.

Cases in the US

As of Feb 21, the CDC reports that 414 people have been tested and 14 cases confirmed – with no tests pending results.

As of February 15, the CDC estimates that so far this season (since September 9) there have been at least 29 million flu illnesses, 280,000 hospitalizations, and 16,000 deaths from flu. See their summary page and detail page for current information. But remember America’s new motto: “What, me worry?”

An overview of the epidemic

Excerpt from a speech by Tedros Adhanom, the Director-General of WHO, on February 21. Full text here.

It’s hard to believe that only 52 days ago {January 1}, WHO’s country office in China was notified of a cluster of cases of pneumonia of unknown cause in Wuhan city. In just seven weeks, this outbreak has captured the world’s attention, and rightly so, because it has the potential to cause severe political, social and economic upheaval.

As you know, WHO declared a Public Health Emergency of International Concern within a month {on January 30} after the first reported cases, as a result of the signs of human-to-human transmission we saw outside China. And because of the major concerns we had that this virus could spread to countries with weaker health systems such as in our continent. China has now reported 75,569 cases to WHO, including 2239 deaths.

The data from China continue to show a decline in new cases. This is welcome news, but it must be interpreted very cautiously. It’s far too early to make predictions about this outbreak.

Outside China, there are now 1200 cases in 26 countries, with 8 deaths. As you know, there is one confirmed case on the African continent, in Egypt {reported Feb. 15}. Several African countries have tested suspected cases of COVID-19, but fortunately they have been found negative.

Although the total number of cases outside China remains relatively small, we are concerned about the number of cases with no clear epidemiological link, such as travel history to China or contact with a confirmed case. We are especially concerned about the increase in cases in the Islamic Republic of Iran, where there are now 18 cases and four deaths in just the past two days.

With every day that passes, we know a little bit more about this virus, and the disease it causes. We know that more than 80% of patients have mild disease and will recover. But the other 20% of patients have severe or critical diseases, ranging from shortness of breath to septic shock and multi-organ failure. These patients require intensive care, using equipment such as respiratory support machines that are, as you know, in short supply in many African countries. And that’s a cause for concern. In 2% of reported cases, the virus is fatal, and the risk of death increases the older a patient is, and with underlying health conditions. We see relatively few cases among children. More research, of course, is needed to understand why.

Our biggest concern continues to be the potential for COVID-19 to spread in countries with weaker health systems. …we’re working hard to prepare countries in Africa for the potential arrival of the virus. …We’ve also published a Strategic Preparedness and Response Plan, with a call for US$675 million to support countries, especially those which are most vulnerable.

WHO has identified 13 priority countries in Africa because of their direct links to China or their high volume of travel with China. …an increasing number of African countries are now able to test for COVID-19 with laboratory test kits supplied by WHO, compared with only one just a couple of weeks ago. Some countries in Africa, including DRC, are also leveraging the capacity they have built up to test for Ebola, to test for COVID-19. This is a great example of how investing in health systems can pay dividends for health security.

We have also shipped more than 30,000 sets of personal protective equipment to several countries in Africa, and we’re ready to ship almost 60,000 more sets to 19 countries in the coming weeks. We’re working with manufacturers of personal protective equipment to address the severe disruption in the market for masks, gloves, gowns and other PPE, to ensure we can protect health workers.

During the past month about 11,000 African health workers have been trained using WHO’s online courses on COVID-19, which are available free of charge in English, French and other languages at OpenWHO. We’re also providing advice to countries on how to do screening, testing, contact tracing and treatment.

Last week we brought the international research community together to identify research priorities, especially in the areas of diagnostics, therapeutics, and vaccines. …

The numbers for COVID-19

WHO has been working with an international network of statisticians and mathematical modelers to estimate key epidemiologic parameters of COVID-19, such as the incubation period (the time between infection and symptom onset), case fatality ratio (CFR, the proportion of cases who die), infection fatality ratio (IFR, the portion of all of those infected who die), and the serial interval (the time between symptom onset of a primary and secondary case).

To calculate these parameters, statisticians and modelers use case-based data from COVID-19 surveillance activities, and data captured from early investigations, such as those studies which evaluate transmission within clusters of cases in households or other closed settings. Preliminary estimates of median incubation period are 5-6 days (ranging from 0-14 days) and estimates for the serial interval range from 4.4 to 7.5 days. …

That last paragraph is important and often ignored. The fatality rate in developed nations is as yet unknown, but probably far lower than China’s due to availablilty of more advanced tools for treatment – especially for respiratory problems.

About transmission of covid-19

Currently, there are investigations conducted to evaluate the viability and survival time of SARS-CoV-2. In general, coronaviruses are very stable in a frozen state according to studies of other coronaviruses, which have shown survival for up to two years at -20°C. Studies conducted on SARS-CoV ad MERS-CoV indicate that these viruses can persist on different surfaces for up to a few days depending on a combination of parameters such as temperature, humidity, and light. For example, at refrigeration temperature (4°C), MERS-CoV can remain viable for up to 72 hours.

Current evidence on other coronavirus strains shows that while coronaviruses appear to be stable at low and freezing temperatures for a certain period, food hygiene and good food safety practices can prevent their transmission through food. Specifically, coronaviruses are thermolabile, which means that they are susceptible to normal cooking temperatures (70°C). Therefore, as a general rule, the consumption of raw or undercooked animal products should be avoided. Raw meat, raw milk or raw animal organs should be handled with care to avoid cross-contamination with uncooked foods.

SARS-CoV and MERS-CoV are susceptible to the most common cleaning and disinfection protocols and there is no indication so far that SARS-Cov-2 behaves differently.

The combination of good global organization by the national public health organizations (coordinated by WHO) and high technology have contained the epidemic for 52 days. This time allowed implementation of screening and quarantine mechanisms, creation of diagnostic tools (based on decoding its genome), development of protocols for treatment, dissemination of equipment, and starting research about the diseases’ nature and cure.

The next few weeks might show what difference all that has made. Future historians might see COVID-19 as a new age of public health, with the first effective response to a pandemic. Time will tell.