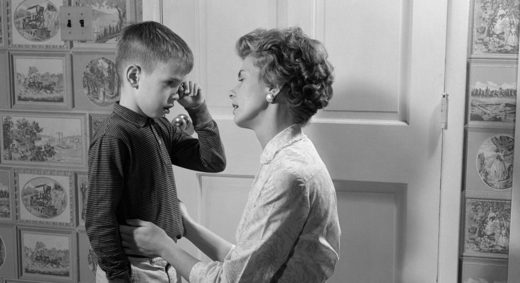 © Getty
For at least two decades, we have been subject to increasingly shrill claims about a crisis of childhood.

Monday kicked off Children’s Mental Health Week, an opportunity for various lobby groups and organisations (and there are many) to air their increasingly apocalyptic claims about childhood. In an appearance last week, the Duchess of Cambridge informed children that the world is a ‘scary and daunting place’ and encouraged parents to tell their children to ‘feel confident about seeking support’.

For at least two decades, we have been subject to increasingly shrill claims about a crisis of childhood. However, it is difficult to disentangle the truth about what appears to be relatively small increases in diagnoses of childhood mental illness and some underhanded claims-making by interested parties.

For instance, back in 2007, claims appeared based on a UNICEF study that, Britain has the ‘unhappiest children in the developed world’. The study was criticised for being manipulated toward a predetermined conclusion, having for instance equally weighted ‘poor breakfasts’ with ‘child abuse’. But this did nothing to stop it being repeated so frequently that it has come to acquire an air of common sense.

Such claims emerge from a burgeoning therapeutic industry whose lifeblood is the creation of new problems to which they claim to hold the answers. They sell their wares to cash strapped institutions at great cost. Spend now, they say, and reap rewards in the social ills we will prevent. Self-esteem, happiness, mindfulness and mental health promotion — by the time evidence emerges that expensive programmes don’t make good on their promises, no one’s left to take the blame. They have all moved on to the Next Big Thing™.

Ascertaining the true state of childhood mental ill-health is also difficult because what constitutes mental ill-health has expanded wildly over time. We are labelling formerly unproblematic experiences as illnesses requiring expert interventions and creating new ones. We tend to think of human experience as always the same, with language merely becoming better able to describe it. That is not the case. Labels and ways of being have a habit of growing into each other.

My three-year-old came from preschool recently telling me she was, ‘a bit stressed out lately.’ While heretical sounding in a culture deeply submerged in therapeutic orthodoxies, I don’t think my three-year-old, whose life mainly consists of playing, sleeping and eating, needs to know the word ‘stress’. Children do not need to be educated in all the ways they might become emotionally unwell. What children need — what we all need — is to become engrossed in projects that help us transcend our own narrow existence.