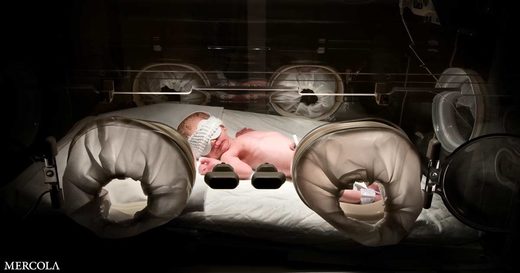 Birthweight for babies born in the United States has been declining for about three decades, and scientists at the University of Colorado Boulder set out to discover why.

To conduct the study, the researchers examined more than 23 million birth records, reported from 1990 to 2013, to the National Vital Statistics System. They looked at birthweight, as well as method of delivery and number of weeks into pregnancy at delivery. Senior study author, Ryan Masters, explained, “Our data indicate that there has been a dramatic shift in birth timing in this country. It is resulting in birthweight decline, and it is almost entirely due to changes in obstetric practices.”

Using the data they had, the researchers attempted to predict what may have have changed if induction and cesarean rates had not increased between 1990 and 2013. Lead study author, Andrea Tilstra, explained, “We found that the decline in birthweight would not have happened if it were not for the rapid increase in these obstetric interventions. In fact, birthweights would have gone up.”

The researchers concluded that around 18% of 2013 vaginal births would have occurred later in the pregnancy, had the babies been born in 1990. They added that the extra time a baby spends in the womb is important to development. In 2013, the average weight of a baby born in the U.S. was 67 grams, or 2.363 ounces — significantly lower than the average birth weight in 1990.

Tilstra explained, “By intervening in the pregnancy instead of allowing it to reach its natural finality we are shifting when birth happens, and that can have public health consequences.”

The study authors noted that they do understand that some inductions and cesarean deliveries are medically necessary, but they are curious as to what is driving the increase in interference in natural deliveries, and they hope the study results will be part of the decision-making process.

“I hope it prompts physicians to take a step back and realize there can be broader public health impacts from these individual decisions, and I hope it reminds mothers that they have more autonomy in the birth process than they sometimes feel they do,” Tilstra concluded. “If something is not obviously medically necessary it is important to ask why it’s happening.”