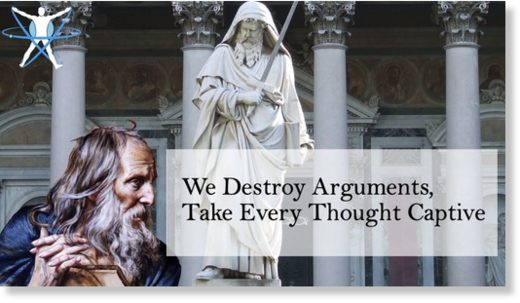 Today we discuss the key practices and processes by which individuals come to know themselves, others, and the divine, according to Timothy Ashworth’s interpretation of the Apostle Paul’s thought in his book Paul’s Necessary Sin. Since ‘The Fall’, humanity has suffered from a ‘darkening of the mind’ or an identification with the things created – our own physical existence – and a blindness to higher realities. But this devolution, or ‘sin’, has a constructive component built in, when the knowledge of sin, as sin, becomes recognized and pointed out for what it is. When an individual sees this in oneself, he or she can then make the choice to think and act differently. The state of sin was necessary in order to gain knowledge about the nature of good and evil.

Paul saw this potential transformation as a way for people not only to form a better connection to others, but also as a path towards humanity’s greater and more direct connection to God; a vivifying experience that raised the children of humanity into adults – who no longer required ‘the laws’ as a guide to living – but whose internal and living connection with the ‘unseen’ could then direct their lives: what Paul calls “righteousness through faith”.

Our previous show on Ashworth and Paul: