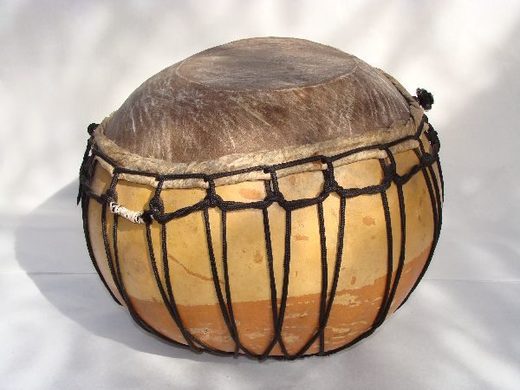 Handed down: Research suggests prehistoric humans played the ‘drum’ from whatever material they found suitable, borrowing from our ancestral primate cousins.

During the last a few months, several groups have come up with interesting publications on how music affects the mind. The first is a report on March 1 from a group from Indiana University in the U.S., stating that music may overcome delirium in critically ill patients. Such patients experience acute mental disturbance, with speech disorder and hallucinations. The researchers attempted to try music as a drug-free intervention in 117 such patients, and gave half of them music – either their own personally chosen music (PM), or relaxing slow tempo music (STM), and compared them with a control group which was not offered music. The music was offered to the experimental group for 1 hour, twice daily for a week, and their progress noted. Results revealed that such music delivery (PM or STM, either was OK) reduced the incidence of delirium. When audio-books were offered instead of music, it did not help! The STM chosen had relaxing (60-80 beats per minute) classical music, native American flute sounds, or relaxing piano music — all preselected by a board-certified music therapist. They concluded that music is a useful non-pharmacological intervention for critically ill patients.

A little earlier was published a report in Current Science (118(4), 612-620; 2020 ) from Dr. B. Geethanjali of SSN College, Chennai, and her colleagues, titled “Evaluating the effect of music intervention on hypertension”. They did a randomised controlled assessment of 200 high-blood-pressure patients, measuring their heart rate, respiratory rate (RR) and mean arterial pressure (MAP), and found that these parameters declined after music intervention for one month. The researchers chose to offer music intervention, along with the regular treatment, and chose the raga Hindolam (or Malkauns) — a pentatonic, ‘low arousal’, and pleasant one. (As we all know and experience, fast music and rhythms are ‘high arousal’, and excite us).

About this time also, the well known music therapist, Rajam Shankar of Hyderabad came out with a scholarly and well-researched monograph: “the healing power of music”, with details on the kind of ragas that can be used in therapy, and a detailed description of as many as 35 known Carnatic music ragas (many common to Hindustani music too), and some case studies.

A ‘universality’ to music appreciation

Note that while America’s Indiana University researchers used music that was familiar to the patients of the ‘Western’ cultural background, and the Chennai authors used the music familiar in the South, the question is can music penetrate cultural differences with its ability to evoke emotions? This is the question that was studied by the brain researcher Nandini Chatterji Singh of the National Brain Research Centre at Manesar, Haryana, and the results of her studies have appeared six months ago in the journal PLos One (https://doi.org/10.1371/journal.pone.0222380). Here, she and her group played excerpts from twelve ragas from Hindustani music, online to 144 people from many parts of India, and 112 participants from non-Indian cultural backgrounds ( from the U.S., the U.K., parts of Europe, Japan, Korea).

They played the aalap part (a slow paced introduction of the swaras of the raga, which define the sequence of the notes of the octave, with no rhythm) followed by the gat (the same melodic sequence of the swaras but in a faster pace, and with the accompaniment of a percussion instrument (usually a tabla) with an explicit rhythmic cycle). These were played on a sarod. When ragas such as Hansadhwani were played, both the ‘encultured’ listeners from India and the ‘non-encultured’ group from abroad felt ‘happy’ or ‘romantic’, and when the raga Marwa was played, they described a feeling of ‘sadness’. The non-encultured group responded to the rhythmic part, the gat, more readily. This, the researchers point out, is in agreement with other reports wherein American members in the audience reacted more readily when they witnessed traditional Indian classical dance. There thus appears to be an ‘universality’ in emotions in the auditory domain. They further note that a similar kind of reaction when foreigners were invited to listen to music of the Javanese people.

This raises the question of how this universality has come about, and how music across the world uses the basic tonal alphabets and rhythms. Is this an evolutionary gift to us, much as DNA sequences are? What are the origins of music in us humans? A whole field termed ‘biomusicality’ has come about since the 1990s, which studies the origins of music, what areas of the brain are involved in music processing and the functions, uses and costs of music making, and what universal features can be detected across various cultures. Some researchers have suggested that prehistoric humans played the ‘drum’ from whatever material they found suitable, and that it is an evolutionary borrowal from our ancestral cousins, the primates. And some archaeologists have looked at the kind of music from prehistoric, Paleolithic ages of humans (Neanderthals) about 4000-5000 years ago. The first such prehistoric musical instrument was a ‘flute’, made of the bone of a young bear, in Slovenia; this find has at least three holes in the hollowed out bone, perhaps there were more, which were broken away when found.

Another set of flutes, found in the Jiahu region of China, was dated even earlier (7000 -8000 years ago, using isotope dating methods), and when the researchers played them (vertically like a shehnai), they found the music reminded them of the traditional do, re, fa, so la, ti (or sa, re, ga, ma pa..) scale! (More on this in my earlier column in The Hindu, of October 14, 1999). Recall what Saint Thyagaraja wrote: Sobhillu Saptaswara ( worship the goddess presiding over the seven swaras- from the navel to the heart to the throat, tongue and the nostrils)!