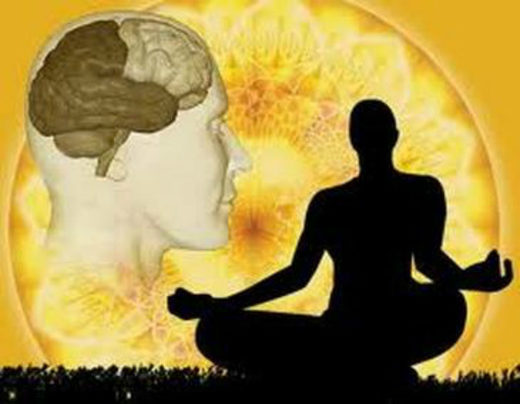 With a history spanning thousands of years, yoga (in a wide variety of forms) has proven its benefits experientially across generations. Modern science is also confirming its usefulness for people seeking improved mental and physical health and fitness conditioning.

Like many (if not most) other forms of exercise, yoga, though mild in comparison, has also been shown to support healthy brain function and stave off neurological decline.

Considering the skyrocketing prevalence of dementia, this is good news, as yoga is suitable for most people, regardless of age or fitness level.1 Some forms can even be done seated in a chair. As explained in a 2019 review2,3 of Hatha yoga’s effects on the human brain:4

“Yoga combines physical postures, rhythmic breathing and meditative exercise to offer the practitioners a unique holistic mind-body experience. While the health benefits of physical exercise are well established, in recent years, the active attentional component of breathing and meditation practice has garnered interest among exercise neuroscientists.

As the scientific evidence for the physical and mental health benefits of yoga continues to grow, this article aims to summarize the current knowledge of yoga practice and its documented positive effects for brain structure and function, as assessed with MRI, fMRI, and SPECT …

Collectively, the studies demonstrate a positive effect of yoga practice on the structure and/or function of the hippocampus, amygdala, prefrontal cortex, cingulate cortex and brain networks including the default mode network (DMN).

Psychologically, a regular yoga practice has also been shown to lower stress,5 reduce body image dissatisfaction6 and anxiety,7 and much more.

This in addition to a wide range of physical health benefits, including as weight loss,8 improved atrial fibrillation9 (irregular heartbeat), blood pressure10 and immune function,11 reduced risk for migraines12 and improved sexual performance and satisfaction,13,14 to name but a few.

Effects on Brain Aging and Cognition

As noted in the 2019 review15 published in the journal Brain Plasticity, through the use of modern imaging technology, researchers have been able to objectively confirm that yoga impacts the brain in beneficial ways that translate into improved attention, mental processing speed, executive function and emotional regulation.

Figure 3 in that paper illustrates the structural differences noted in yoga practitioners compared to non-practitioners, and the dose-dependent relationship between the duration of practice and subsequent changes in brain structure.

“Villemure and colleagues investigated whether the correlation of age with total GM [gray matter] volume of the whole brain differed between a group of yoga-practitioners and non-practitioners.

According to the authors, it appears to be the unique combination of physical movement, breath work and meditation that Hatha yoga (in particular) offers that confers these beneficial brain benefits.

More specifically, it is the activation of your parasympathetic nervous system (the “rest and digest” part of your autonomic nervous system) that seems to play a deciding role. As noted in a 2015 paper on the neuroprotective effects of yoga:20

All of that said, since yoga is a holistic mind-body practice, the overall benefits cannot be ascribed to any one factor in isolation.

Using MRI brain scans capable of tracking how the different parts of your brain communicate with one another, a 2016 study21 in the Journal of Alzheimer’s disease found that older adults with mild cognitive impairment assigned to do one hour of Kundalini yoga per week and 15 minutes of Kirtan Kriya meditation per day for 12 weeks improved both their memory and mood scores, compared to controls enrolled in a memory-enhancement training (MET) program consisting of one hour of mental exercises per week.

Kundalini yoga involves chanting and visualization, and Kirtan Kriya meditation combines the chanting of mantras with fluid hand movements. Brain scans revealed that while both groups had increased communication between parts of the brain involved in memory and language, the yoga practitioners also improved communication in areas controlling focused attention.

In short, the combination of yoga and meditation actually exceeded conventional brain training in terms of efficacy, even though neither of these practices specifically involve mental exercise. As reported by the authors:22

Other Ways in Which Yoga Benefits Your Brain

Over the years, a number of studies have homed in on the brain benefits of yoga. In addition to those already mentioned, studies have found that:

GABA is responsible for blocking nerve impulses, telling the adjoining nerve cells not to “fire” or send an impulse. Without GABA, your nerve cells fire frequently and easily, triggering anxiety disorders, seizures and conditions such as addiction, headache and cognitive impairments.26

Yoga also boosts serotonin, and some studies suggest yoga can have a similar effect to antidepressants.27 A 2017 study28 evaluated the effect of Iyengar yoga on adults diagnosed with major depressive disorder who were either not taking medication of had been on the same medication for three months.

Here, those participating in two or three 90-minute yoga classes plus a half-hour session at home three or four times a week for three months experienced a reduction in symptoms by at least 50%. Dr. Chris Streeter, study author and associate professor of psychiatry and neurology at Boston University School of Medicine, commented:

“While most pharmacologic treatment for depression target monoamine systems, such as serotonin, dopamine and norepinephrine, this intervention targets the parasympathetic and gamma aminobutyric acid system and provides a new avenue for treatment.”

“During adolescence, the frontal lobes of the brain (the seat of language and reason) are still being formed, leaving teens to overly rely on their amygdala (the seat of emotions) … The brain’s malleability during adolescence marks a crucial stage in both cognitive and emotional development.

Luckily, researchers are now able to paint a clearer picture of some of the factors that allow students to thrive throughout high school and into adulthood, such as self-awareness, managing distressing emotions, empathy, and navigating relationships smoothly.

When students hone these skills, they are not only happier and healthier emotionally, but are also better able to focus on academics.”

Yoga has also been shown to make a significant difference in depression of addicts going through rehabilitation,30 and has been shown to reduce anxiety and aggression among inmates.31

Which School of Yoga Is Right for You?

Considering the many physical and psychological benefits of yoga, it’s certainly worth considering, and since there are many schools (forms) of yoga to choose from, you’re virtually guaranteed to find one that’s suitable for your particular situation.

The emergence of trauma-sensitive yoga32 is a testament to this, and may offer a way forward for many victims of physical and/or psychological abuse. There’s even yoga for osteoporosis.33

You can find a quick outline of 11 major schools of yoga on MindBodyGreen.com.34 Additional variations can be explored on the Yoga Journal’s website.35 Here’s a quick summary of the most popular styles: