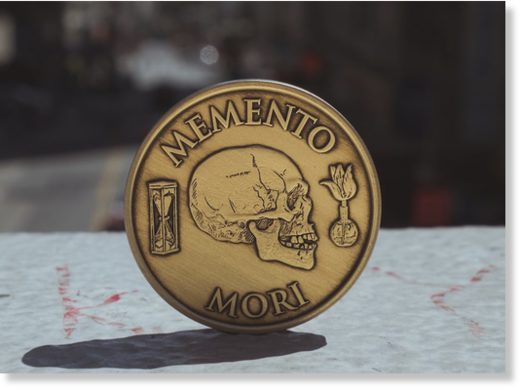 In recent weeks, I’ve learned not to post anything on Facebook, because people decide I’m a hater if I so much as suggest that there might be another metric worth considering besides the coronavirus mortality rate. So I won’t open that can of worms here, except to say that risk management entails looking at a variety of factors, not exclusively public health. The strength of the economy, the stability of society, the prevalence of psychological illness, and the death tolls of other diseases – all these are relevant factors to take into account. A purely epidemiological approach is necessarily narrow-minded. It doesn’t do us much good to save, say, one thousand lives from COVID-19 if we’ve condemned our nation to a decade or more of grinding poverty. Chronic unemployment, bankruptcy and foreclosure, the loss of businesses and the lifetime of effort they represent … these are not trivial outcomes. And they do have public health consequences. Look at the epidemic of opioid addiction among the chronically unemployed in the Rust Belt.

This too shall pass, though it may leave a Great Depression in its wake. (And those who believe that economic numbers are “only statistics,” as I’ve been told very heatedly online, will soon learn how real these statistics can be.)

What interests me, in the context of this blog, is that vast numbers of people in the Western world seem absolutely flabbergasted to discover that they are, in fact, mortal. The reality of their own demise evidently had never been quite clear real to them before, and now fills them with existential dread.

This is where a study of the afterlife proves useful. Many people like to say:

What’s the use of worrying about life after death? I’ll find out when I’m dead.

But the problem with this attitude is that it leaves you ill-prepared to face your own more death (however remote a prospect it may be – and given the mortality figures on COVID-19, which are constantly being revised downward, it’s pretty clear that this is, in fact, a remote possibility at present).

We live remarkably comfortable and insular lives in the 21st century, at least in the developed world. We seem to assume we will live forever, or at least until we are pushing 100 – although why anyone would want to live that long, with the inevitable decline of one’s mental and physical faculties, is hard for me to fathom. I’ve spent enough time around senior citizens with dementia to think that this outcome is one to avoid at almost any cost.

Now this virus, however much it has been overhyped as the Black Plague and Ebola and the zombie apocalypse all rolled into one, is focusing our minds on our own all-too-human limitations. And many people, quite obviously, are unprepared for this revelation and are freaking out. The sheer level of panic over a virus with roughly a 0.6% mortality rate, concentrated in the elderly and infirm, is ridiculous. But it’s understandable if we realize that we are emotionally, psychologically, and socially unprepared to deal with our own mortality, because we have avoided this issue so assiduously for so long.

In the medieval world, people used to wear medallions inscribed memento mori, often with a skull appended to the design. The translation is: Remember your own mortality. One would not think that people in the Middle Ages, who faced chronic plagues and famines and had a life expectancy of less than forty years, would need such reminder. Maybe they didn’t. But surely we need it today.

To all the skeptics, materialists, cynics, and assorted assholes who say that a focus on life after death is morbid, neurotic, and unproductive, I would say this:

Some of us have made preparations for our inevitable demise and are at peace with it. Others are in constant denial. Which of us is better prepared to deal with the current panic? Which of us can keep it in perspective? Which of us is already comfortable with the fact of our mortality (yes, IT IS A FACT), and which of us is paralyzed by fear?

There is a real advantage to studying the evidence for life after death. It becomes apparent only when the rest of society, drowning in materialism, hedonism, and narcissism, suddenly discovers that death is not just for “other people,” but for them, too. In these circumstances, those of us who are intellectually and spiritually prepared can follow Rudyard Kipling’s timeless advice:

Keep calm and carry on. You’ll probably survive COVID-19. If you don’t, you can look forward to a better world.

*With apologies to Gabriel García Márquez.