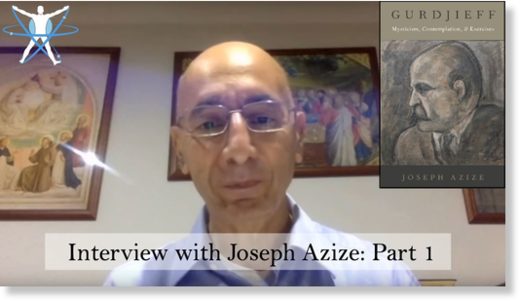 For several decades, numerous books and explications have been published on the profoundly insightful philosophy and teachings of G.I. Gurdjieff. Some were written by the man himself, and many by those who worked with him. But while Gurdjieff himself included a few of the guided exercises that formed a major part of the actual practice of his ideas in Life Is Real Only Then, When “I Am”, until recently no other book has focused on these exercises, which are designed to bring those practicing them to a greater state of self-awareness and ‘conscious evolution’.

Though the exercises have been carried on by some, many have fallen out of practice, been forgotten, altered, or replaced by exercises Gurdjieff never taught. And there has been a reluctance to share with those not directly part of these groups – leaving few, if any, outside of these organizations with the knowledge of their practice. This has now changed. In his new book, Gurdjieff: Mysticism, Contemplation, & Exercises, Father Joseph Azize has lifted the veil of secrecy surrounding the great mystic’s direct approaches to helping individuals grow, including all the previously published exercises in addition to several previously unpublished and at risk of being forgotten. Azize’s book is the first to be devoted exclusively to the exercises and their extensive analysis.

On this week’s MindMatters, we speak with Father Joseph Azize not only about his own time working with some of Gurdjieff’s students, but also about his decision to go forward with his book, and what he feels is the true value of this newly shared information. We also get to discuss what this long-time practitioner thinks are some of the most essential aspects of the human condition – after many years of distilling the information for his own growth and vocation.

Part 2 is coming next week.

Below are links to some very accessible writings of Father Azize’s which are discussed on the show: