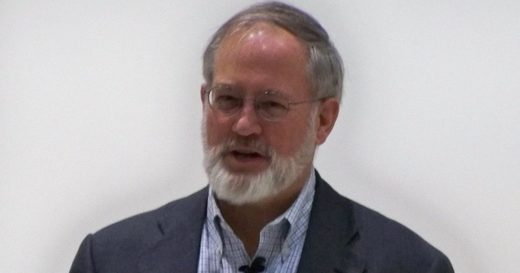 Editor’s note: As biologist Jonathan Wells observes, “[T]he measures being taken against the SARS-CoV-2 pandemic owe nothing to evolutionary theory.” Yet a persistent claim from evolutionists is that medical research would be crippled without a Darwinian framework. Evolution News presents a series of our previously published work addressing the myth of “Darwinian medicine.”

Darwinist Randolph Nesse has been peddling “Darwinian medicine“ for years. He laid out his vision of medical science informed by Darwinian speculations two decades ago in a book, Why We Get Sick: The New Science of Darwinian Medicine, co-authored with Darwinist George C. Williams. He pointed out (correctly) that Darwinism has no current role in medical education and medical research. He means to change that. He argues for integration of Darwinian science into medical school curricula, and he argues that the light cast by Darwinian insights will significantly advance medical education and research.

That is a dubious claim. The very admission that Darwinism has had no role in medical science is a telling argument not for its inclusion, but for its irrelevance. Medical science is remarkably successful. Antibiotics, cybernetics, cancer chemotherapy, bone marrow transplants, hip replacements, heart transplants, and a host of near-miraculous advances have greatly extended our lifespan and improved the quality of our lives — all without Darwin.

The Questions Answer Themselves

Whether or not Darwinian hypotheses can be teased out of some medical advances, it is simply a fact that doctors and medical researchers pay no attention to Darwinian speculations in their work, and their work has been astonishingly successful. Would heart transplants work better if cardiac surgeons speculated about the Darwinian origin of the four-chamber heart? Would chemotherapy for leukemia be more effective if oncologists speculated about the adaptive benefits of bone marrow proliferation in Pleistocene apes? Would antibiotics be more effective if microbiologists applied the Darwinian observation that antibiotics kill bacteria that are killed by antibiotics? The questions answer themselves.

Whatever the value of these Darwinian stories to evolutionary biology, there is no discernable value to medical practice or research. For example, the role of fever in fighting infection is a topic of genuine and important medical research. All of the actually useful information gathered from this research is gleaned from the proximate explanation for fever and infection, not from the evolutionary explanation. Does fever help the immune system fight infection? When is the negative effect of fever more of a danger to the patient than the positive effect? What are the biochemical and physiological substrates of the fever response, and how can they be modified therapeutically?

These are the important questions for medical research and treatment. The role of fever in illness in apes in Africa 3.5 million years ago is a fine topic for speculation by evolutionary biologists (if they have some extra time on their hands), but is of no discernable use to actual medical treatment or research.

Evolutionary medicine is a jobs program for evolutionary biologists, and an effort by Darwinists to polish the reputation of an increasingly discredited Darwinian paradigm. There’s money and prestige in medical science. Ergo — Darwinian medicine!

Is Darwinism an increasingly discredited paradigm, you may ask? Well, yes. Nesse in an article asks and answers ten questions about Darwinian medicine. I ask Nesse an eleventh question. His book, published in 1996, is subtitled The New Science of Darwinian Medicine.

… Darwinian medicine was the more accurate designation… Over the decades, however, evolutionary medicine has become the standard term…

Why did evolutionary biologists drop “Darwinian” medicine and replace it with “evolutionary” medicine? By Nesse’s own admission, “Darwinian medicine” remains the accurate designation for the strategy to inject Darwinian stories into medical science. The fact that the evolutionary biologists and even the founder of “Darwinian medicine” recognize the need to drop “Darwinian” from the name suggests that storytelling predicated on Darwin’s theory is losing cachet, another hint that Darwinism is headed for the dustbin of discredited pseudoscience, where it belongs.

This article was originally published on August 9, 2016.