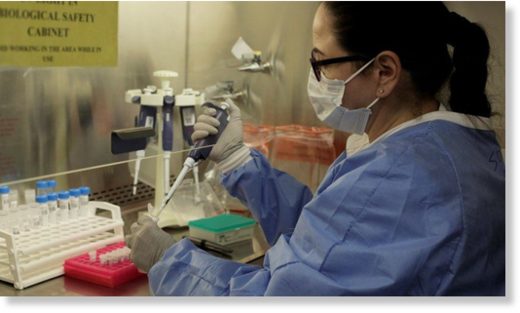 One of the biggest unknowns regarding COVID-19 is how many people get the disease, recover from it, and develop immunity without being captured in our official statistics — perhaps without showing symptoms at all. Some suggest this number could be incredibly high indeed, implying that the disease spreads quickly but has a lower-than-expected fatality rate.

We should have good answers on this soon thanks to “serology” tests, which detect whether someone has antibodies for COVID (meaning they had the virus at some point in the past even if they are not currently infected). But here I’d like to offer a quick overview of what we already know. My own guess is that while we are substantially undercounting cases, it is unlikely that more than, say, 10 percent of the population already has it. Since about two-thirds of the population needs to get it to achieve “herd immunity,” that would give us a long way to go if we just lift the lockdowns and hope for the best.

To begin, some very simple numbers. At this writing, the U.S. has about 600,000 confirmed cases and a population of about 330 million people. If we are undercounting cases by a factor of ten, that still puts us around 2 percent. To get to 10 percent infected we’d need to be undercounting by a factor of about 50.

So what does the evidence say? Well, there’s a lot of it, pointing in a lot of different directions. Here’s a sampling:

. . . well, actually, probably not 1,000, since that would give us more infections than people. Even 100 is officially impossible in New York State now, because it’s diagnosed 1 percent of its entire population.

At the national level, 100-fold undercounting would imply that 20 percent of people have already had it. Cross your fingers but don’t bet on it. On a side note, I recommend this thread from the author of the Economist piece, which provides a lot of context the story doesn’t and forcefully argues against lifting containment measures. (It also links a bunch of data not included in this piece, for those who want a deeper dive.)

Make no mistake, these pieces of information all suggest we’re undercounting infections by quite a bit. A ten- or even 20-fold undercount wouldn’t shock me at all. But it strikes me as wishful thinking to believe the U.S. is anywhere near herd immunity already, which would require us to be undercounting by several-hundred-fold.