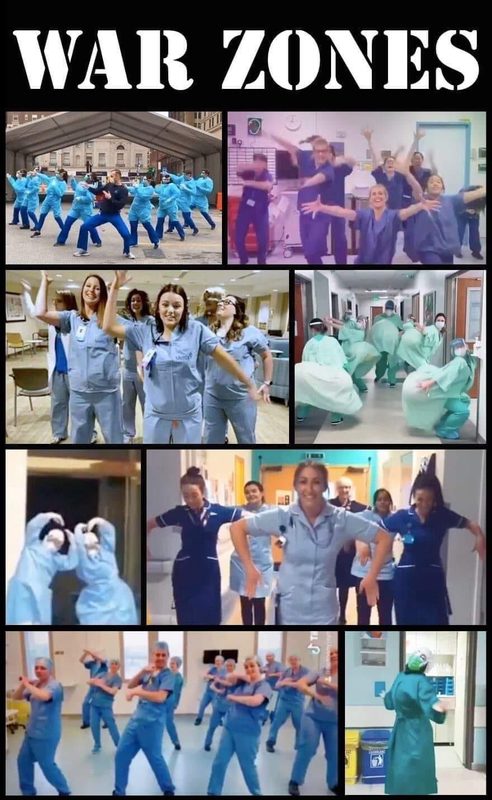 In my first SOTT article published on April 19th, I reported my statistical comparison of COVID-19 infection and death rates based on percentages of whole populations. I generously assumed that the numbers reported by Johns Hopkins University and elsewhere are entirely correct and accurate, fully cognizant that this assumption is extremely questionable.

In my earlier article we learned that, as of 10:00am, April 15th, Australian Eastern Standard Time (AEST):

Now let us compare that with today, April 24th and see how much progress this virus has made in 9 days within the above populations, again assuming static population growth:

That is the last 9 days of ‘rampaging’ activity from this coronavirus as a proportion of various whole populations.

Incredible, isn’t it? The world infection rate is ‘skyrocketing’ at just 0.001% per day. It’s almost as if nothing has happened at all. Not that many notice, do they? We’re too busy being both locked up and indoctrinated by propaganda as every jot and tittle of every infection and death and mass unclaimed burial is vomited in our faces daily by the sycophantic mainstream media.

Now, since I didn’t list the official death data last time (the numbers are a factor of ten smaller), let’s examine them now. Please keep in mind that this list is based on the top 10 countries as of March 26th when I began data collation. The top 10 has since changed but my data has not taken this into account because I wanted to be consistent with the dataset I started with. By April 15th 2020:

And now, 9 days later, as of April 24th, we have the following changes:

That’s right folks. According to the official data, this ‘rampaging plague’ is mercilessly slaughtering an ‘immense’ 0.0001% of the world population every day. That’s why we’re all living in terror as we watch – as in the ‘Bring Out Your Dead‘ scene in Monty Python – body collectors daily patrol the streets in pickups and refrigerated lorries, piling them full of dead bodies to be carted off to the morgue. Except that morgues aren’t even accepting the bodies because they might infect the living, so they’re constructing pyres in public squares and burning them all there…

Oh, wait. I haven’t seen that at all. Have you? Only on TV? I wonder why it is only on the mainstream media that one can see such ‘vicious devastation’ and unclaimed bodies being dumped unceremoniously into common graves? Are they working in ‘lock-step‘ with a secret agenda, an overarching metanarrative they’re all colluding in to push onto us, I wonder? Surely not! Not our trustworthy mainstream media and governments! Surely they have only our best interests at heart!

Now, let us contrast. The global population increases at approximately +1.1% per year, or approximately +0.003% per day in new births, according to the Population Reference Bureau. Read that again. There will be thirty times as many world births today than people who are reported dead ‘with’ or ‘from’ COVID-19. There will be three times more births today than people reported infected with COVID-19.

In fact, if we take the US data from day zero, January 20th (when 100% of the US population was ‘COVID-19 uninfected/dead’) until the writing of this article on April 24th (0.0151% of the US population dead after 95 days of ‘plague’), the average daily death rate, as a proportion of the US population of 330 million, is 0.000159% of the population ‘perishing’ from COVID-19 per day. Of course, I am aware of exponentials, and that some periods had much higher death rate (USA has been plodding along at between 0.0004 and 0.0008% population death rate since April 4th) but that is not the point of this exercise. The point is to look at the bigger picture and ask ourselves if there is actually a devastating pox marauding the wilderness to bereave our world of more hapless victims.

Again, according to the US Population Reference Bureau, the American population grows at approximately 0.3% per year in births only (this discounts migration, which is another 0.42%, for a total of 0.72%), or roughly 0.00082% new population per day. In the 95 days of COVID-19’s ‘vicious rampage’ across the United States, its population has increased in new births by approximately 0.0779%, whereas COVID-19 has ‘culled’ it by 0.0151%, a difference of 0.0628% net increase in population.

Are you getting it yet? I do not have time in my study schedule to make the same comparisons for every other country I have listed above. All the data is readily and freely accessible to anyone in the whole world to do these comparisons for themselves. Why do I, some schmuck part-time bus driver from an Australian backwater have to be the one to point all this out to a mostly dumb, deaf and mute world?

COVID-19, while there may be some actual virus at the root of it, is nothing to be concerned about. Their own data demonstrates that markedly. I just wish more people were actually paying attention to what their data actually says, instead of feasting on the poison of the false prophets in the media.

99.99% of us have and will survive this thing. I cannot say the same for what comes after, however.

Joshua lives in Sydney with his wife and has not managed to lose a day of work as a part-time bus driver due to COVID-19. He enjoys critical thinking and challenging the cultural meta-narrative.He is currently undertaking a post-graduate degree program researching the interplay between ancient Caananite-Hebrew mythology and plasma physics.