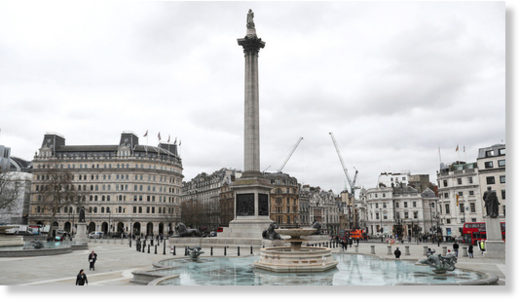 The death statistics being used by supporters of a prolonged lockdown, whatever the costs to our jobs, businesses and health, need careful and sober analysis. They raise more questions than they answer.

Coronavirus is being touted as the worst pandemic of modern times, and we are told that excess deaths are reaching record highs. While technically accurate, one week’s statistics demonstrate that this is not the whole picture.

Sky TV economics editor Ed Conway recently produced a chart entitled: ‘The Worst Week Ever? Not quite, but not far off’.’ He is referring to the fact that the total number of deaths registered in England and Wales in the week ending April 10 – 18,516 deaths – remains lower than some weeks in previous flu seasons. These weeks include those in January 1970 (20,006 deaths), December 1989 (19,104 deaths) and January 2000 (18,646 deaths).

Conway rightly points out that those previous highs came at the peak of those years’ flu seasons, and we are now in April. Conway claims that there has never been a week at this time of year as deadly as this. He may be right, but weekly figures from the Office of National Statistics only go back to 1970, and so do not include earlier pandemics such as the 1951 flu outbreak, the Asian flu pandemic of 1957-58, or, of course, the Spanish flu of 1918.

And there are other holes in Conway’s analysis. Although there have been an abnormally high number of deaths this April, there have been certain demographic changes over the years that may have contributed to the overall picture. Let us look into what some of those could be.

The most obvious demographic change that happens over time is the changing size of the population. In the UK, the population has been growing -fast- ever since the Second World War, and in 1970, when the data began, it stood at about 56 million. Today, it is close to 66 million – a 15 percent increase.

It is important to note that the UK includes Scotland and Northern Ireland, and Mr Conway’s data only focuses on England and Wales; therefore, the difference may have been slightly less than 10 million. But the proportional increase since 1970 would have been roughly the same. And when there are more people in your country -say 15 percent more- there are more people dying every week. Population increase, then, is a mitigating factor as regards to whether we are seeing a record number of deaths.

But healthcare has improved over that time, and people generally have healthier lifestyles now. Doesn’t this suppress mortality? Yes, it does. But that also leads directly to a greying population. And the UK now has an elderly population the likes of which few societies have ever dealt with. Almost 8 million people in England and Wales are over the age of 70. This puts a large swathe of the population in the risk category for Covid-19.

There is one more major factor to consider when comparing this pandemic to previous ones, which did not involve economic shutdowns. There were 18,516 deaths in the week ending April 10, representing about 8,000 extra deaths above the number that would normally be expected for this week of the year. But interestingly, almost 2,000 of those could not be directly attributed to Covid-19 – almost a quarter. The week before that, more than half of the deaths – between 3,000 and 4,000 – were unexplained “excess” deaths.

So what explains these thousands of “missing deaths” in the figures? The numbers are too high to be down to random variation. According to Dr Jason Oke, a senior statistician in the Oxford University Medical Statistics Group, there are only two possible explanations.

The first is that the missing deaths were indeed directly caused by Covid-19, and the victims simply did not match up to the symptoms or test positive for reasons as yet unascertained. This underreporting would be despite the fact that any death certificate that had a mention of Covid-19 is included among the deaths attributed to the virus, even if there was no positive test and it was not marked down as the primary cause of death.

The second explanation is the missing deaths have been indirectly caused by the lockdown in some way. Right now we can only speculate as to how the lockdown may be killing people, and some of the likeliest ways, from lack of regular healthcare to suicides, are touched-on here. Dr Oke says: “It’s going to be one of those two causes … There’s not enough information to know whether this is under-reporting of Covid or whether this is, not a term I particularly like, but one that has been bandied around, ‘collateral damage’ as a result of the lockdown.”

Collateral damage is a phrase that will probably become more familiar before this is over. Economic shutdowns have been presented by some as a trade-off between “money versus lives.” But what is becoming increasingly apparent is they, in fact, pit “lives versus lives.”

The UK’s Office for National Statistics say that they are conducting “further investigation” of the missing deaths, and it will certainly be interesting to see what they conclude. But their head of health analysis, Nick Stripe, has said that it may take months or even years to get to the bottom of it. All that we can say for now is that more people are dying than usual. Exactly why that is, we will have to wait to find out.

By Peter Andrews, Irish science journalist and writer based in London. He has a background in the life sciences, and graduated from the University of Glasgow with a degree in genetics