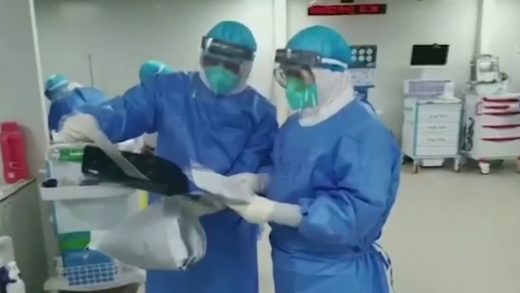 As Germany reopens the doors to churches, hair salons and museums after more than a month of closures, a new study suggests that the number of residents infected by COVID-19 may be as high as 10 times the number confirmed by officials.

The study, conducted by the University of Bonn researchers but not yet peer-reviewed, found that as many as 1.8 million people in Germany may have been infected by coronavirus, as opposed to the 160,000 cases confirmed by officials, Reuters reported. Additionally, the researchers said that as many as one in five of those who contracted the novel coronavirus were asymptomatic.

The researchers focused on Gangelt, a town near the Dutch border that had the highest number of fatalities in Germany, and analyzed blood and nasal swabs from 919 people. A carnival celebration is believed to have set off the COVID-19 spread. Approximately 15 percent of the town had been infected, according to the study.

“For the first time, our data enables us to estimate how many people have been infected after the super-spreading event,” Dr. Hendrik Streeck, director of the institute for virology at the University Hospital Bonn, said in a news release. “The total number of infections allows us to determine the infection fatality rate. In Gangelt the infection fatality rate (IFR) after the SARS CoV-2 outbreak is .37 percent.”

“The results can be used to further improve models on the transmission behavior of the virus,” Dr. Gunther Hartmann, director of the Institute for Clinical Chemistry and Clinical Pharmacology at the University Hospital Bonn and speaker of the Cluster of Excellence, ImmunoSensation, said in the news release. “Until now, basis for such data has been relatively uncertain.”

They are planning further research to explore whether patients who showed symptoms were more active in the carnival celebrations compared to those who were asymptomatic.

“Apparently one in five infections occurs without noticeable symptoms suggests that infected persons who secrete virus and can infect others cannot be reliably identified on the basis of recognizable symptoms of the disease,” Dr. Martin Exner, head of the Institute for Hygiene and Public Health and co-author of the study, said in a news release. “Every supposedly healthy person we encounter can unknowingly carry the virus. We must be aware of this and act accordingly.”