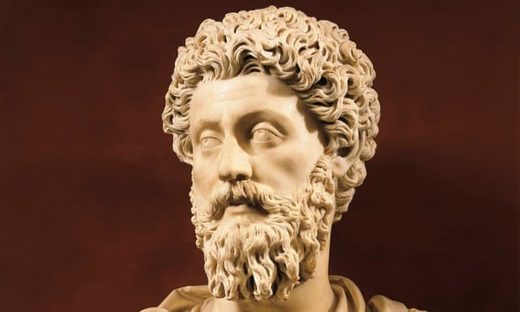 The Roman emperor Marcus Aurelius Antoninus was the last famous Stoic philosopher of antiquity. During the last 14 years of his life he faced one of the worst plagues in European history. The Antonine Plague, named after him, was probably caused by a strain of the smallpox virus. It’s estimated to have killed up to 5 million people, possibly including Marcus himself.

From AD166 to around AD180, repeated outbreaks occurred throughout the known world. Roman historians describe the legions being devastated, and entire towns and villages being depopulated and going to ruin. Rome itself was particularly badly affected, carts leaving the city each day piled high with dead bodies.

In the middle of this plague, Marcus wrote a book, known as the Meditations, which records the moral and psychological advice he gave himself at this time. He frequently applies Stoic philosophy to the challenges of coping with pain, illness, anxiety and loss. It’s no stretch of the imagination to view Meditations as a manual for developing precisely the mental resilience skills required to cope with a pandemic.

First of all, because Stoics believe that our true good resides in our own character and actions, they would frequently remind themselves to distinguish between what’s “up to us” and what isn’t. Modern Stoics tend to call this “the dichotomy of control” and many people find this distinction alone helpful in alleviating stress. What happens to me is never directly under my control, never completely up to me, but my own thoughts and actions are – at least the voluntary ones. The pandemic isn’t really under my control but the way I behave in response to it is.

Much, if not all, of our thinking is also up to us. Hence, “It’s not events that upset us but rather our opinions about them.” More specifically, our judgment that something is really bad, awful or even catastrophic, causes our distress.

This is one of the basic psychological principles of Stoicism. It’s also the basic premise of modern cognitive behavioural therapy (CBT), the leading evidence-based form of psychotherapy. The pioneers of CBT, Albert Ellis and Aaron T Beck, both describe Stoicism as the philosophical inspiration for their approach. It’s not the virus that makes us afraid but rather our opinions about it. Nor is it the inconsiderate actions of others, those ignoring social distancing recommendations, that make us angry so much as our opinions about them.

Many people are struck, on reading Meditations, by the fact that it opens with a chapter in which Marcus lists the qualities he most admires in other individuals, about 17 friends, members of his family and teachers. This is an extended example of one of the central practices of Stoicism. 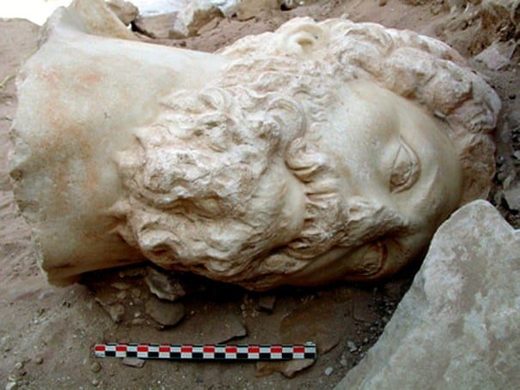 Marcus likes to ask himself, “What virtue has nature given me to deal with this situation?” That naturally leads to the question: “How do other people cope with similar challenges?” Stoics reflect on character strengths such as wisdom, patience and self-discipline, which potentially make them more resilient in the face of adversity. They try to exemplify these virtues and bring them to bear on the challenges they face in daily life, during a crisis like the pandemic. They learn from how other people cope. Even historical figures or fictional characters can serve as role models.

With all of this in mind, it’s easier to understand another common slogan of Stoicism: fear does us more harm than the things of which we’re afraid. This applies to unhealthy emotions in general, which the Stoics term “passions” – from pathos, the source of our word “pathological”. It’s true, first of all, in a superficial sense. Even if you have a 99% chance, or more, of surviving the pandemic, worry and anxiety may be ruining your life and driving you crazy. In extreme cases some people may even take their own lives.

In that respect, it’s easy to see how fear can do us more harm than the things of which we’re afraid because it can impinge on our physical health and quality of life. However, this saying also has a deeper meaning for Stoics. The virus can only harm your body – the worst it can do is kill you. However, fear penetrates into the moral core of our being. It can destroy your humanity if you let it. For the Stoics that’s a fate worse than death.

Finally, during a pandemic, you may have to confront the risk, the possibility, of your own death. Since the day you were born, that’s always been on the cards. Most of us find it easier to bury our heads in the sand. Avoidance is the number one most popular coping strategy in the world. We live in denial of the self-evident fact that we all die eventually. The Stoics believed that when we’re confronted with our own mortality, and grasp its implications, that can change our perspective on life quite dramatically. Any one of us could die at any moment. Life doesn’t go on forever.

We’re told this was what Marcus was thinking about on his deathbed. According to one historian, his circle of friends were distraught. Marcus calmly asked why they were weeping for him when, in fact, they should accept both sickness and death as inevitable, part of nature and the common lot of mankind. He returns to this theme many times throughout the Meditations.

“All that comes to pass”, he tells himself, even illness and death, should be as “familiar as the rose in spring and the fruit in autumn”. Marcus Aurelius, through decades of training in Stoicism, in other words, had taught himself to face death with the steady calm of someone who has done so countless times already in the past.

Donald Robertson is cognitive behavioural therapist and the author of several books on philosophy and psychotherapy, including Stoicism and the Art of Happiness and How to Think Like a Roman Emperor: The Stoic Philosophy of Marcus Aurelius