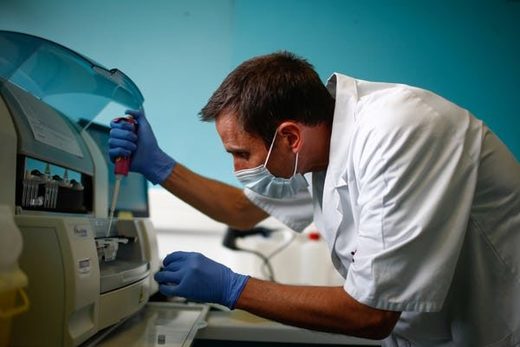 Scientists are still learning about the ways the coronavirus moves through the body. Viral particles have been found in saliva, blood, urine, and stool samples.

A new study, published Thursday in the Journal of the American Medicine Association, found the coronavirus in semen, too. Particles were detected in the semen of both men who had active infections and those who had recovered.

The researchers aren’t yet sure, however, whether the finding means the virus can be sexually transmitted.

A team of Chinese researchers took semen samples from 38 male COVID-19 patients in a hospital in the Henan province, which borders Wuhan, between January 26 and February 16.

The researchers detected the virus, whose official name is SARS-CoV-2, in the semen in six of the 38 patients — roughly 16%. Of the six, four were at the acute stage of active infection and two had recovered.

The six who tested positive ranged in age from their 20s to their 50s.

“There was no significant difference between negative and positive test results for patients by age, urogenital disease history, days since onset, days since hospitalization, or days since clinical recovery,” the study authors wrote.

The researchers noted that they’re not sure whether the virus can be sexually transmitted between people. It can, however, spread via saliva droplets.

The study authors also don’t yet know how exactly the coronavirus entered the patients’ testes. But the barrier between the bloodstream and various parts of the penis is imperfect, so viruses can pass through it, the researchers wrote. Inflammation, which the coronavirus causes, can impact this barrier, too.

Many types of viruses that aren’t typical STIs have also been found in semen in the past.

“The presence of viruses in semen may be more common than currently understood, and traditional non-sexually transmitted viruses should not be assumed to be totally absent in genital secretions,” the researchers wrote.

Other research on viruses in semen has shown that the Zika and Ebola viruses can be sexually transmitted.

It’s also possible that the coronavirus particles in semen wouldn’t be infectious.

More research is needed on the possibility of sexual transmission of the coronavirus, the researchers said.

“Studies on viral detection and semen persistence are beneficial to clinical practice and public health, especially concerning viruses that could cause high mortality or morbidity, such as SARS-CoV-2,” the researchers wrote.