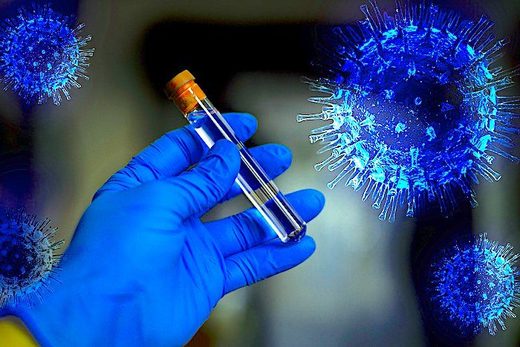 A Chinese laboratory has been developing a drug it believes has the power to bring the coronavirus pandemic to a halt. The outbreak was first reported in China late last year before spreading across the world, prompting an international race to produce treatments and vaccines.

A drug being tested by scientists at China’s Peking University could not only shorten the recovery time for those infected but even offer short-term immunity from the virus, researchers say. Sunney Xie, director of the university’s Beijing Advanced Innovation Centre for Genomics, told AFP that the drug has been successful at the animal testing stage.

“When we injected neutralizing antibodies into infected mice, after five days the viral load was reduced by a factor of 2,500. That means this potential drug has (a) therapeutic effect.”

The drug uses neutralizing antibodies, produced by the human immune system to prevent the virus infecting cells, which Mr. Xie’s team isolated from the blood of 60 recovered patients.

A study on the team’s research, published on Sunday in the scientific journal Cell, suggests that using the antibodies provides a potential “cure” for the disease and shortens recovery time. Mr. Xie said his team had been working “day and night” searching for the antibody.

He added that the drug should be ready for use later this year and in time for any potential winter outbreak of the virus, which has infected 4.8 million people around the world and killed more than 315,000.

“Planning for the clinical trial is underway,” said Mr. Xie, adding it will be carried out in Australia and other countries since cases have dwindled in China, offering fewer human guinea pigs for testing. “The hope is these neutralized antibodies can become a specialized drug that would stop the pandemic,” he said.

Scientists have also pointed to the potential benefits of plasma – a blood fluid – from recovered individuals who have developed antibodies to the virus enabling the body’s defenses to attack it. More than 700 patients have received plasma therapy in China, a process that authorities said showed “very good therapeutic effects”.

Comment: Another source claims potential to bypass vaccines and reduce symptoms of coronavirus:

A clinical trial for a drug with the potential to treat one of the symptoms of the illness caused by the new coronavirus (Covid-19) will begin in Belgium on Wednesday. French biotechnology company Biophytis got the green light from the Federal Agency for Medicines and Health Products in Belgium to test their medicine Sarconeos.

Administered orally, Sarconeos is a molecule the company is developing to treat neuromuscular disease and which they said has the potential to treat breathing difficulties in Covid-19 patients. The trial will focus on the drug’s potential to treat acute respiratory failure associated with the disease and will be carried out on a reduced pool of about 50 patients suffering from Covid-19.

“Our product has an effect on all muscles, including respiratory muscles, because it acts on an endocrinal system that controls cardio-respiratory function,” Biophytis CEO Stanislas Veillet told Le Soir.

Veillet said that the spread of the epidemic in Italy had confirmed to medical experts that the virus attacked this system’s cell receptors, which he said was exactly where the drug acts. “It could, therefore, have the potential to counterbalance this viral attack that results in respiratory distress.”

By protecting respiratory function, the drug could result in patients either no longer needing oxygen therapy or in helping them make the most out of it, and it would also help avoid lesions resulting from patients’ intubation.

In Belgium, the study will last 28 days and will be coordinated by Dr Muriel Lins, a pulmonologist at the AZ Sint-Maarten hospital in Mechelen.

The drug’s use on the pool of 50 patients will randomised and include the use of placebos, and the results of the patients treated with Sarconeos will later be compared with a larger pool of 180 Covid-19 patients.

The results of the study will be reviewed by an independent committee tasked with deciding whether to give the go-ahead to larger clinical trials for the drug.