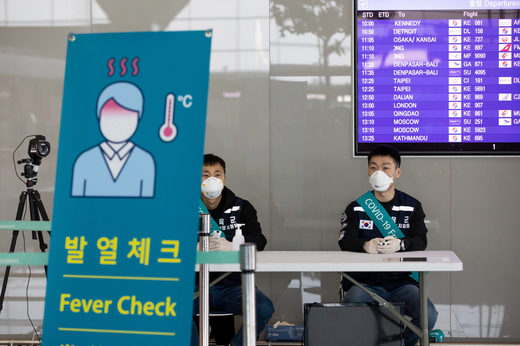 South Korea’s Center for Disease Control has reassuring news about people with COVID-19 who test positive for the coronavirus weeks after their symptoms have resolved.

Health officials there studied 285 patients who tested negative for the virus after recovering, but weeks later tested positive again. The question — in this and similar situations — is whether a positive test in this circumstance means that these people can still spread the virus.

To find out, the scientists followed up with nearly 800 of those people’s personal contacts, such as family members. They found no evidence that they had contracted the virus from the people who had a fresh positive result. The scientists also tried to grow the virus in secretions from these patients. They could not.

As a result of these findings, published online Tuesday, the South Korean CDC no longer recommends that people in this situation be isolated. Their contacts do not need to be quarantined, though health officials do plan to continue investigating cases of people who have tested positive again after having had a negative test.

The study is shedding some light on the natural course of COVID-19. It’s providing hints, but not definitive information, about how to handle patients who continue to test positive for the coronavirus long after their symptoms have resolved.

The persistence of the virus in some people “seems to be a normal thing that happens,” says Dr. Aaron Hess, an anesthesiologist at the University of Wisconsin School of Medicine and Public Health.

He and his colleagues encountered this conundrum as well. They were testing patients who had recovered from a bout of COVID-19 and had offered to donate blood plasma to use as part of an experimental treatment. The researchers tested a group of patients at least two weeks after they had recovered, just to make sure they weren’t still producing virus. Eleven patients, representing 13% of their sample, still tested positive, “and this was a little surprising,” he said.

“Having a positive PCR test after you’ve recovered in no way implies that you’re infectious,” Hess says. But it’s still not clear when a positive result is worry-free.

It’s also not clear whether health officials in the United States will change their procedures based on the results from South Korea. “Unfortunately, what we don’t have here in the U.S. is the kind of widespread testing and systematic contact tracing that might make you more confident in saying that you would be comfortable not re-isolating people who are positive,” Hess says.

Scientists are trying to gather enough data about this to have more definitive answers about when it’s safe for a recovered patient to go back to work or to return to a nursing home, even if the PCR test shows signs of the coronavirus.

“I think it’s situations like this that are going to teach us a lot about all of the possibilities that surround the clinical infection of COVID-19,” says Dr. Brian Conway, medical director of the Vancouver (Canada) Infectious Diseases Center.

Conway has been studying a related mystery. He has a patient who apparently recovered, only to fall ill again — not just once, but twice.

After her initial bout with COVID-19, she was well for 10 days “and then developed very significant symptoms for another week,” Conway says. She recovered again, but 10 days later she got the same symptoms. Again, she recovered, “and then finally has been better over the past week or 10 days.”

Conway is trying to figure out whether she actually caught the disease three times or whether she’s had one continuous but highly variable infection. He is planning to test blood samples from her taken during the course of the disease to see what he can learn.

The case is apparently rare. There are only a few reported in the scientific literature, including one from Italy and a report from China. So most people who have recovered from COVID-19 shouldn’t fret. But unusual cases often shed light on the biology of a disease.

One pressing question is whether COVID-19 will end up being more like coronaviruses that can cause colds. For that disease, immunity fades quickly and reinfection can follow. Alternatively, it could be more like the measles, which usually causes a single bout of disease followed by a lifetime of immunity.

Conway says as of now, his patient and her family are all better. “Let’s see what we can learn from this, to help us understand not only how the virus behaves, but how to counsel similar family units going forward.”

You can contact NPR Science Correspondent Richard Harris at rharris@npr.org.