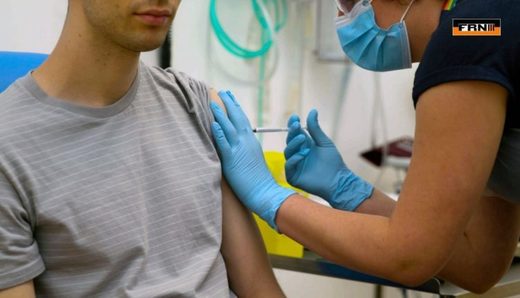 Some UK scientists have warned there could be “major delays” in producing a Covid-19 vaccine if current UK infection rates remain low and lengthy waiting times are needed to show if candidate products are working. As a result, some researchers insist that ministers must now consider implementing radical alternative measures to speed up vaccine development.

In particular, they argue that Britain should consider deliberately infecting volunteers involved in vaccine-testing projects – in line with World Health Organization proposals to set up such human challenge trials. Earlier this month, the WHO issued a 19-page set of guidelines on how these trials might operate.

Needless to say, most other UK scientists have reacted with horror at the proposal to implement human trials for a Covid-19 vaccine on the grounds that these could cause serious illnesses and possibly deaths of volunteers who had been deliberately infected with the virus. The dilemma was summed up by Jonathan Ives of the Centre for Ethics in Medicine at Bristol University.

“If we were to do this, we would be asking healthy people to put their wellbeing and their lives at risk for the good of society at large. On the other hand, taking that risk could speed up vaccine development and save many, many lives. So I think there could be grounds for going ahead with challenge trials, though it would be based on a very finely balanced argument.”

Figures released last week suggest about 7% of the UK population may have already been infected with Covid-19 virus, which the vaccine researchers claim is a relatively low level of infection that poses problems for testing vaccines.

In other words, they want more people to get the virus so they could give them a vaccine that will supposedly help get rid of the virus, which is already fading away naturally (hence the “too low numbers”). Makes perfect sense, doesn’t it?

The report further states: “A sufficient number of volunteers have to be exposed to the virus to see if a vaccine protects them or not. But if their chances of being in contact with an infected person are low, it will take a long time to demonstrate the efficacy of a vaccine candidate.”

Again, the only purpose of a vaccine is to kill the virus. If the virus is already dying down, why would anyone want to voluntarily get infected while the virus is losing effectiveness? It is the equivalent of insisting that a bomb-disposal unit should place additional explosives at the location they’ve just cleared. And for what purpose? Just so they could take another risk of defusing the explosive again. That is, more of them. Again, makes perfect sense, doesn’t it?

“Levels of infection in the community are already low, and if this virus behaves like other respiratory diseases and coronaviruses, there may be even lower levels over the summer,” said Professor Lawrence Young of Warwick University Medical School.

“There will not be enough people secreting the virus to be in contact with volunteers in vaccine projects. It is just not going to work.”

Young argues that human challenge trials should be considered “very seriously” for the UK. These would involve giving volunteers either a placebo or a vaccine, as is normally done in trials. But instead of waiting to find out how the two groups fare without interference, scientists would deliberately infect them with the Covid-19 virus. This would very quickly show if a vaccine works or not.

“Only very healthy young people – around the age of 25 – who have given informed consent would be used,” added Young.

“Although, these ailments pose relatively low risks to volunteers, Covid-19 can have serious side-effects, mainly for the elderly but also in a few rare cases of young, apparently healthy young people.”

Young then continues: “Before we went ahead with challenge trials, we would need to have developed some very effective therapy – an anti-viral drug perhaps – that could be used in the few cases where something went seriously wrong.”

So, if there is an antiviral drug, why is there a need for a vaccine?

This latter point has been stressed by the WHO in its guidelines for human challenge trials. It suggests the least risky group to infect would be those aged 18-30 years. Only 1% of this group end up hospitalized with Covid-19, while fatality rates are around 0.03%, according to the WHO.

“Challenge studies should then be conducted in specialized facilities, with especially close monitoring and ready access to early supportive treatment for participants,” add the guidelines.

The idea of carrying out human challenge trials for a Covid-19 vaccine was also backed by Professor Arpana Verma, of Manchester University.

He stated: “Vaccines give us the ability to protect the most vulnerable people in society. That is one of their key strengths. So I think it would be entirely justifiable to go ahead with such trials.”

Again, this raises the question, why would the vaccine be mandatory for everyone if its only purpose is to protect the most vulnerable groups (the elderly and those with chronic respiratory and/or other conditions)?

Still, voices of reason could be heard too. The proposal was firmly opposed by immunologist Professor Eleanor Riley of Edinburgh University.

“Challenge studies are done for many diseases but only when strict criteria are followed. Firstly, the virus should be really well studied and its clinical behavior understood in detail. It should also be incapable of causing severe illness in healthy individuals, or there should be a highly effective drug to clear the infection. None of these criteria are met for Covid-19, and I would be very concerned to hear challenge studies were being planned.”