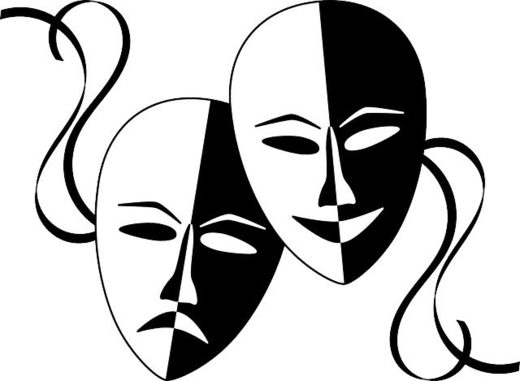 One of the biggest misconceptions about psychopaths and malignant narcissists who have psychopathic traits is the idea that they are lashing out from pain when they engage in aggressive behavior. Nothing could be further from the truth.

The defining characteristic of a psychopath is their tendency to engage in what is known as instrumental aggression (Glenn & Raine, 2009). Instrumental aggression is deliberate aggression waged against a victim for the purpose of fulfilling an agenda or getting some sort of reward. This type of aggression, also known as proactive or predatory aggression, is planned, premeditated, and often unprovoked by their victims; it is controlled, purposeful, and used to achieve personal gain, usually an external goal like money, social status, fame, drugs, or even sadistic pleasure derived from the act of inflicting pain.

Psychopaths are also less likely to experience emotional arousal during their crimes than non-psychopaths (Woodworth & Porter, 2002). In fact, a psychopath’s crimes demonstrate an excessive level of gratuitous and sadistic violence in comparison to the crimes of non-psychopathic criminals, suggesting that their predatory nature works hand in hand with their sadism (Porter, et al., 2003).

In contrast to the claim that psychopaths and malignant narcissists are simply “acting out” due to some sort of trauma, or reacting out of fear, psychopaths exhibit emotional poverty and show a reduced response in their amygdala, the area of the brain associated with emotions and the fight or flight response. Brain scans have revealed a reduced gray matter volume of the amygdala in psychopathic individuals and several fMRI studies have shown reduced amygdala activity during the processing of emotional stimuli as well as during fear conditioning, where people would normally learn from experiencing aversive consequences regarding how not to behave in order to avoid punishment (Birbaumer et al., 2005; Viet et al., 2002). This isn’t surprising, considering psychopaths generally are insensitive to fear of punishment and do not appear to learn from consequences as non-psychopaths do. They also tend to show a reduced startle response to aversive stimuli.

Studies have also shown reduced amygdala functioning in psychopaths during tasks related to moral decision making and emotional moral dilemmas (Glenn, Raine & Schug, 2009). Given this, dysfunction in the amygdala may contribute to the deficits in moral behavior that we’ve seen in psychopaths, their lack of care regarding the harm they cause to others, their ability to manipulate and engage in callous, aggressive behavior, and their inability to empathize with others.

Instrumental aggression is not driven by a strong emotional reaction to something, whereas in reactive aggression, there is an emotional impetus (though certainly not a justification) that causes impulsive violence or aggression – for example, aggression in response to threat or provocation in a heated argument. Unlike individuals with schizophrenia, bipolar disorder, PTSD, or even borderline personality disorder who might show an exaggerated response in their amygdala, psychopaths are not “reacting” to something they perceive will harm them when they commit transgressions – they are enacting elaborate mind games of sabotage and going out of their way to provoke and get a response out of their victims. While psychopathic individuals can engage in both instrumental and reactive aggression, it’s their propensity toward instrumental aggression that distinguishes them from other antisocial individuals; any reactive aggression they do tend to engage in is more likely to be linked to their frustration of not getting a reward, not fear.

The next time you are tempted to rationalize a psychopath’s malicious behavior, remember the nature of their disorder according to research and realize that you do have a right to protect and defend yourself against their manipulation. You no longer need to deny, minimize, or justify their violations against you out of the idea that they are in agony or need to be “nursed” back to emotional health. Primary, low-anxious psychopaths lack remorse, shame, and are callous individuals. They are not in pain when they harm you – they harm you to derive a sick sense of satisfaction from your pain.