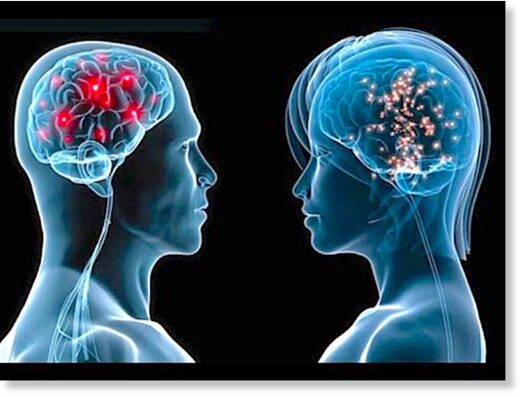 Despite all the efforts of equalization, women in high-ranking corporate positions are still exceedingly rare. But they are almost as rare in the dredges of society – and the reasons for both run deeper than sexism.

It is more than passing curious that at a time when women constitute roughly half the workforce, and are in the actual majority in terms of earning college degrees, there are still so few female CEOs. The distaff side accounts for CEOs in only 167 out of 3,000 large companies, which translates into a rather modest 5.5 percent of the total.

Various explanations have been put forth to account for this fact. Women do a disproportionate share of household tasks, such as cooking, cleaning, childcare, shopping. This accounts for some of the gap, but not all of it. Females are less ambitious; they do not as readily seek promotions as do males.

Why not? They are more attached to home and hearth, and realize that the higher up you go in the work hierarchy, the more on the job responsibility there is, which will detract from their family obligations. This, too accounts for their greater reluctance to seek greener pastures in more lucrative employment elsewhere; the wife is more likely to be the trailing spouse, who has to accept whatever is available in another city or state, than her husband.

Recently, a new elucidation has been added to these more traditional accounts. It is that men are more likely to occupy positions that feed into CEO jobs than women. For example, more males than females take on line roles which are directly responsible for profits and losses, such as heading up a division of a large firm. In contrast, women specialize in areas that do not as readily account for the bottom line, such as heading up human resources, the legal team, or administration.

This phenomenon, too, could possibly explain part of the divergence in CEO representation, but is unlikely, even along with the other accounts, to do the entire job. One difficulty with it is that one can easily push back, and ask why this divergence occurs in the first place?

The preceding is all politically correct; or, at least, not too politically incorrect. Blatant facts are blatant facts, and it is difficult to hurl the charge of sexism at social scientists supporting these explanations.

Dare we consider an explanation that does not pass muster in this regard? We must, if we really want to unearth the cause of this situation. Here we go.

CEOs, along with presidents and prime ministers of countries, chess grandmasters, Nobel Prize winners in STEM pursuits such as physics, medicine, chemistry, economics, the Fields Medal in math, occupy the extreme right tail of the normal distribution of intelligence. But, due to the fact that the standard deviation of men is much larger than that of women, there simply are very, very few of the latter to be found at three or four standard deviations above the mean. Larry Summers lost his job as president of Harvard for merely musing about this, but if we want to fully understand the CEO divergence (along with all these other glass ceilings) we cannot ignore it.

According to one study, the standard deviation of boys’ IQ was around 15 and for girls, around 14. This translates to roughly double the amount of the former with scores about 130, and a whopping six times greater than 160, where CEOs, and other highly accomplished people tend to roam.

At the other end of the normal curve, women are also almost as scarce as hen’s teeth. There are virtually no females who are homeless, or are in jail, or are on death row, or are in mental institutions, or who die as a result of committing violent crimes. Men dominate this tail of the distribution, as they do the other. Females are God’s, or nature’s, insurance policy. They are to a greater degree clumped into the middle. Males are God’s, or nature’s, crap shoot. When they are brilliant, they are very, very gifted. When they are not, they veer to a relatively stupendous degree in the opposite direction.

About the Author:
Walter E. Block, American economist and libertarian theorist who holds the Harold E. Wirth Eminent Scholar Endowed Chair in Economics at the J. A. Butt School of Business at Loyola University New Orleans, and is a senior fellow of the Ludwig von Mises Institute in Auburn, Alabama, and is the author of two dozen books, including his most famous, Defending the Undefendable.