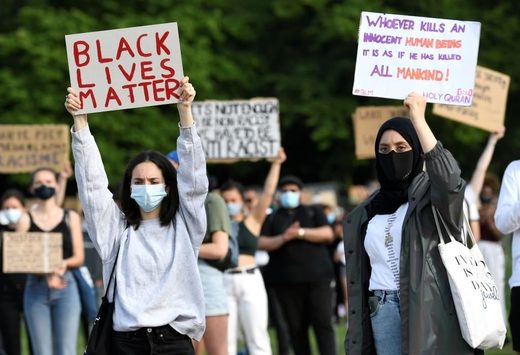 It makes you *look* like you care, but really, you only care about yourself and your more immediate in-group

When people publicly rage about perceived injustices that don’t affect them personally, we tend to assume this expression is rooted in altruism — a “disinterested and selfless concern for the well-being of others.” But new research suggests that professing such third-party concern — what social scientists refer to as “moral outrage” — is often a function of self-interest, wielded to assuage feelings of personal culpability for societal harms or reinforce (to the self and others) one’s own status as a Very Good Person.

Outrage expressed “on behalf of the victim of [a perceived] moral violation” is often thought of as “a prosocial emotion” rooted in “a desire to restore justice by fighting on behalf of the victimized,” explain Bowdoin psychology professor Zachary Rothschild and University of Southern Mississippi psychology professor Lucas A. Keefer in the latest edition of Motivation and Emotion. Yet this conventional construction — moral outrage as the purview of the especially righteous — is “called into question” by research on guilt, they say.

Feelings of guilt are a direct threat to one’s sense that they are a moral person and, accordingly, research on guilt ﬁnds that this emotion elicits strategies aimed at alleviating guilt that do not always involve undoing one’s actions. Furthermore, research shows that individuals respond to reminders of their group’s moral culpability with feelings of outrage at third-party harm-doing. These findings suggest that feelings of moral outrage, long thought to be grounded solely in concerns with maintaining justice, may sometimes reflect efforts to maintain a moral identity.

To test this guilt-to-outrage-to-moral-reaffirmation premise, Rothschild and Keefer conducted five separate studies assessing the relationships between anger, empathy, identity, individual and collective guilt, self perception, and the expression of moral outrage.

For each study, a new group of respondents (solicited through Amazon’s Mechanical Turk program) were presented with a fabricated news article about either labor exploitation in developing countries or climate change. For studies using the climate-change article, half of participants read that the biggest driver of man-made climate change was American consumers, while the others read that Chinese consumers were most to blame. With the labor exploitation article, participants in one study were primed to think about small ways in which they might be contributing to child labor, labor trafficking, and poor working conditions in “sweatshops”; in another, they learned about poor conditions in factories making Apple products and the company’s failure to stop this. After exposure to their respective articles, study participants were given a series of short surveys and exercises to assess their levels of things like personal guilt, collective guilt, anger at third parties (“multinational corporations,” “international oil companies”) involved in the environmental destruction/labor exploitation, desire to see someone punished, and belief in personal moral standing, as well as baseline beliefs about the topics in question and positive or negative affect. Here’s the gist of Rothschild and Keefer’s findings:

These findings held true even accounting for things such as respondents’ political ideology, general affect, and background feelings about the issues.

Ultimately, the results of Rothschild and Keefer’s five studies were “consistent with recent research showing that outgroup-directed moral outrage can be elicited in response to perceived threats to the ingroup’s moral status,” write the authors. The findings also suggest that “outrage driven by moral identity concerns serves to compensate for the threat of personal or collective immorality” and the cognitive dissonance that it might elicit, and expose a “link between guilt and self-serving expressions of outrage that reflect a kind of ‘moral hypocrisy,’ or at least a non-moral form of anger with a moral facade.”