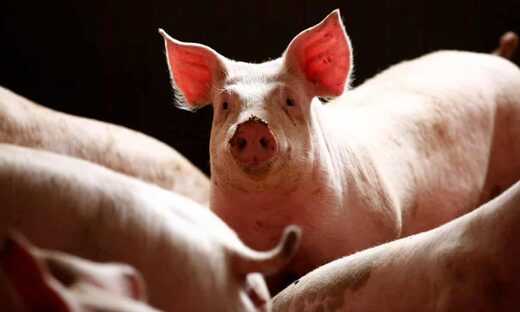 © Kacper Pempel/Reuters
African swine fever has decimated the livelihoods of many farmers.

Hundreds of thousands of pigs have been culled by Nigerian farmers in response to an explosion of African swine fever (ASF). The outbreak began around Lagos and parts of neighbouring Ogun state earlier this year, pig farmers say, but has now spread to many other parts of the country.

In the absence of official data, farmers who spoke to the Guardian estimated that nearly a million pigs had been put down so far. Mrs Bello, a farmer at Lagos-based Oke-Aro, the largest pig co-operative in west Africa, who preferred not to give her first name, said the co-operative alone had culled around 500,000 pigs. So far the virus has spread to more than a quarter of Nigeria’s 36 states.

In the past decade, ASF has regularly surfaced in several parts of Africa. Between 2016 and 2019, more than 60­ outbreaks were reported across the continent.

But the recent wave of infections is the worst by far. “We have never experienced anything of this scale in the past. This is the worst and largest outbreak ever,” says Ayo Omirin, a pig farmer at Oke-Aro, who has lost more than 600 of his 800 pigs.

Another farmer, Lawrence Adeleke, who had been in the pig business for decades, recently died. The outbreak struck his farm in April, his son Adeleke Adedayo told the Guardian. Within two months, nearly all of the 100 or so pigs had died and the pens were shut down. In 2007, when a similar outbreak hit the farm, only three of nearly 100 pigs survived.

“When he returned from the farm the day we lost the last set of pigs, he stopped talking to anybody for three days. He was always absent-minded and withdrawn,” said Adedayo. “He only spoke about the losses in the farm. He talked about all his labours for many years vanishing in a few days. He felt he was too old to start all over again. We all felt helpless. On the morning of 2 June, his birthday, he died.”

The farmers who spoke to the Guardian estimated that the pig industry in the country has lost up to 20bn naira (£40m), and that more than 20,000 jobs are at risk. The outbreak comes at the same time as coronavirus, which has infected 17,148 people and led to 455 deaths, according to figures released by the Nigeria Centre for Disease Control.

“A lot of pig farmers may not fully recover from their losses even in the next two years. Some farmers have left the industry already. At the moment, we have no clear picture of how the industry is going to bounce back,” said Omirin.

In recent years, the popularity of pig farming has grown in Nigeria. It is seen as an escape from poverty for low-income households and is also popular with the expanding middle class. By 2009, the pig population had risen from 2 million in 1984 to over 7 million, according to figures from the National Veterinary Research Institute (NVRI). Numbers have probably doubled since then.

The government has taken some action in the crisis, distributing bags of seed and fumigating infected pens. But farmers say this is rarely enough to see them through the rough road to recovery or offset their losses.

“The government did nothing much,” said Bello, “when you consider that most farmers are now plunged into serious debts because of the loans they took to keep their farms.”

ASF is harmless to humans but in pigs and wild boar the fatality rate is nearly 100%, and there is no vaccine against it. Safety depends on controlling animal movement and ensuring hygiene in farms, slaughterhouses and abattoirs. In Nigeria, many farms are not up to the task.

“I suspect the outbreak started last year but the farmers were perhaps selling the infected pigs before it was noticed. This year the disease exploded,” said Dr Pam Luka, ASF researcher at the NVRI. “Activities like this only keep the virus circulating in the country in a cycle.”

A further problem comes from poor record keeping. According to Luka, local authorities rarely have any data for the outbreak. Figures kept by the World Organisation for Animal Health (OIE), which should be notified of ASF cases, are significantly lower than the numbers quoted by farmers. OIE told the Guardian that they had received a notification about the recent outbreak on Tuesday.

Nigeria currently has no database for issues related to animals and disease outbreaks, says Luka; he is currently working with the government to build one..

He is also working with other scientists to understand how the virus is transmitted among pig farms in Africa. But he believes that the situation will only improve when farmers are more proactive and local authorities intensify safety measures and support for the pig industry.