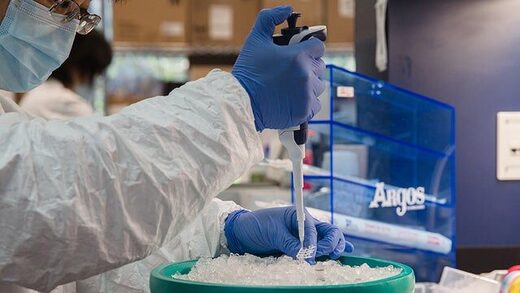 Researchers in China have discovered a new genetic descendant of the H1N1 swine flu virus that they say has the potential to cause a future pandemic.

A survey of pig processing facilities in the country’s Hebei and Shandong provinces found around 10 percent of pig farm workers have been infected by the virus between 2016 and 2018, while the infection rate among the general population in those areas for that time period is thought to be about 4.4 percent, according to a report from CNN.

Experts do not yet believe the virus is transmittable from person to person and say the only hard evidence so far points to the virus being spread from pigs to humans. Symptoms of the virus are reportedly similar to that of the regular influenza virus, which causes fevers, a cough and other common ailments.

The H1N1 outbreak, which began in 2009, infected millions of people in the U.S. by the time it ended in 2010. The virus is estimated to have killed between 150,000 and almost 500,000 people worldwide during the first year the virus, according to the Centers for Disease Control and Prevention (CDC).

“This is not a *new* new virus; it’s been very common in pigs since 2016,” tweeted Carl Bergstrom, a biologist with the University of Washington. “There’s no evidence that G4 is circulating in humans, despite five years of extensive exposure. That’s the key context to keep in mind.”

The news comes as China’s efforts to combat public health crises, including the ongoing coronavirus pandemic, have been criticized by the Trump administration.

Top U.S. officials such as Secretary of State Mike Pompeo hammered Chinese officials, claiming that information about COVID-19 was withheld from public health experts and world leaders as the disease became a global pandemic.

The U.S. is now the epicenter of the coronavirus pandemic, with more than 2.5 million confirmed cases, according to the CDC.