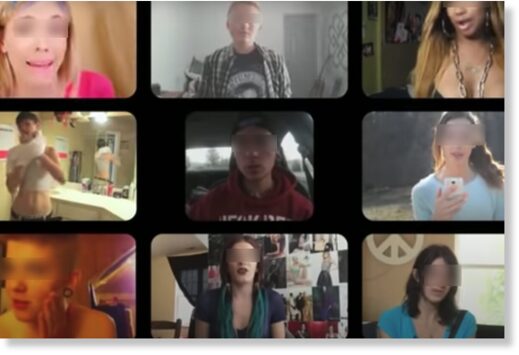 In 2016, Lisa Littman, ob-gyn turned public health researcher, and mother of two, was scrolling through social media when she noticed a statistical peculiarity: Several adolescents, most of them girls, from her small town in Rhode Island had come out as transgender — all from within the same friend group. “With the first two announcements, I thought, ‘Wow, that’s great,'” Dr. Littman said, a light New Jersey accent tweaking her vowels. Then came announcements three, four, five, and six.

Dr. Littman knew almost nothing about gender dysphoria — her research interests had been confined to reproductive health: abortion stigma and contraception. But she knew enough to recognize that the numbers were much higher than prevalence data would have predicted. “I studied epidemiology… and when you see numbers that greatly exceed your expectations, it’s worth it to look at what might be causing it. Maybe it’s a difference of how you’re counting. It could be a lot of things. But you know, those were high numbers.”

In fact, they turned out to be unprecedented. In America and across the Western world, adolescents were reporting a sudden spike in gender dysphoria — the medical condition associated with the social designation “transgender.” Between 2016 and 2017, the number of gender surgeries for natal females in the United States quadrupled, with biological women suddenly accounting for — as we have seen — 70 percent of all gender surgeries. In 2018, the UK reported a 4,400 percent rise over the previous decade in teenage girls seeking gender treatments. In Canada, Sweden, Finland, and the UK, clinicians and gender therapists began reporting a sudden and dramatic shift in the demographics of those presenting with gender dysphoria — from predominately preschool-aged boys to predominately adolescent girls.

Dr. Littman’s curiosity snagged on the social-media posts she’d seen. Why would a psychological ailment that had been almost exclusively the province of boys suddenly befall teenage girls? And why would the incidence of gender dysphoria be so much higher in friend clusters? Maybe she had missed something. She immersed herself in the scientific literature on gender dysphoria. She needed to understand the nature, presentation, and common treatment of this disorder.

Dr. Littman began preparing a study of her own, gathering data from parents of trans-identifying adolescents who’d had no childhood history of gender dysphoria. The lack of childhood history was critical, since traditional gender dysphoria typically begins in early childhood. That was true especially for the small number of natal girls who’d presented with it. Dr. Littman wanted to know whether what she was seeing was a new variant on an old affliction, or something else entirely. She assembled 256 detailed parent reports and analyzed the data. Her results astonished her.

Two patterns stood out: First, the clear majority (65 percent) of the adolescent girls who had discovered transgender identity in adolescence — “out of the blue” — had done so after a period of prolonged social-media immersion. Second, the prevalence of transgender identification within some of the girls’ friend groups was, on average, more than 70 times the expected rate. Why?

Dr. Littman knew that a spike in transgender identification among adolescent girls might be explained by one of several causes. Increased societal acceptance of LGBTQ members might have allowed teenagers who would have been reluctant to “come out” in earlier eras to do so today, for example. But this did not explain why transgender identification was sharply clustered in friend groups. Perhaps people with gender dysphoria naturally gravitated toward one another?

The rates were high; the age of onset had increased from preschool-aged to adolescence; and the sex ratio had flipped. The atypical nature of this dysphoria — occurring in adolescents with no childhood history of it — nudged Dr. Littman toward a hypothesis everyone else had overlooked: peer contagion. Dr. Littman gave this atypical expression of gender dysphoria a name: “rapid-onset gender dysphoria” (“ROGD”).

Many of the adolescent girls suddenly identifying as transgender seemed to be caught in a “craze” — a cultural enthusiasm that spreads like a virus. “Craze” is a technical term in sociology, not a pejorative, and that is how I use it here. (Dr. Littman never does.) It applies to Hula-Hoops and Pokémon and all sorts of cultural fads.

If this sudden spike in transgender identification among adolescent girls is a peer contagion, as Dr. Littman hypothesized, then the girls rushing toward “transition” are not getting the treatment they most need. Instead of immediately accommodating every adolescent’s demands for hormones and surgeries, doctors ought to be working to understand what else might be wrong. At best, doctors’ treatments are ineffective; at worst, doctors are administering needless hormonal treatments and irreversible surgeries on patients likely to regret them. Dr. Littman’s theory was more than enough to touch a nerve.

Activists stormed the Twitter page of PLoS One, the peer-reviewed scientific journal of the Public Library of Science that had published Dr. Littman’s paper, accusing her of anti-trans bigotry. They claimed that Dr. Littman had deliberately solicited parent reports from conservative, anti-trans parent groups. (In fact, over 85 percent of the parents self-identified as supporting LGBT rights.)

Journalists saw smoke and rushed over, flagons of gasoline in hand. A graduate student and self-described “transgender advocate” in Dr. Littman’s own Brown University department disparaged Dr. Littman in the press, calling her work shoddy — “below scientific standards” — and published an article accusing Dr. Littman of having been motivated by bias. Other transgender activists accused Dr. Littman of having hurt people with the paper. They called her work “dangerous,” and insisted it could lead to “worse mental health outcomes” for trans-identifying adolescents.

Brown University stripped its own press release on her paper from its website and replaced it with an apology from the dean of public health, who lamented that “the conclusions of the study could be used to discredit efforts to support transgender youth.” PLoS One‘s editor in chief took the rare step of issuing an apology for not having provided better “context” for the research and promised additional review into possible “methodological errors” the paper might have contained.

Dr. Littman’s paper had already been peer-reviewed by two independent academics and one academic editor. But Brown and PLoS One knew a woke mob when they saw one. They decided it was best not to make any fast moves, to slowly hand over their wallets.

Diane Ehrensaft, a prominent child gender psychologist, told the Economist that Dr. Littman’s use of parent reports was akin to “recruiting from Klan or alt-right sites to demonstrate that blacks really were an inferior race.” (The “Klan,” in this case, was the parents, who had simply been asked questions about their own children.) Few cared that the surveyed parents had not expressed anti-transgender attitudes generally, but rather had expressed disbelief and upset that their daughters had adopted this identity “out of the blue” without any childhood history of gender dysphoria — and that following this identification, their adolescents’ mental health seemed to get worse.

None of the attacks acknowledged that parent report is a standard method for assessing child and adolescent mental health. (How else would you obtain the psychological history of a child?) Nor did any of these critics mention that the primary academic research used to promote “social transition” (changing an adolescent’s name and pronouns with school and friends) for gender dysphoric children similarly relies on parent surveys. PLoS One issued a correction that suggested Dr. Littman’s methods had not been made sufficiently clear, despite the fact that the words “parent reports” had appeared in the paper’s title.

Dr. Littman’s paper became one of the most widely discussed academic articles of 2018. Her analysis and conclusions drew praise from some of the most distinguished world experts on gender dysphoria. Dozens of parents wrote to her to thank her for giving name to the phenomenon they were observing in their adolescents.

But she was also widely tarred as a bigot and a bully. This, despite the fact that she had neither the security of tenure nor a faculty coauthor for cover. She wasn’t right-wing or anti-trans. She had spent several years working part-time for Planned Parenthood and, with her husband, contributed several pieces to HuffPost on such topics as the rotten GOP approach to healthcare, but the truth no longer seemed to matter much.

Psychology Today published an open letter from “transgender identified [and] cisgender allies… with vast expertise in gender and sexuality” purporting to refute Dr. Littman’s paper. The letter called her work “methodologically flawed” (for having relied on parental report) and “unethical” (for having reached its conclusions) and accused Dr. Littman of harboring “overt ideological bias” (for having dared examine the causes of trans identification at all).

Activist clinicians hunted Dr. Littman to the Rhode Island Department of Health (DOH), where she worked part-time as a physician consultant on projects related to the health of pregnant women and preterm infants. Her work there had nothing to do with transgender youth; it had nothing to do with young children or adolescents per se at all. Her interest in preemies stemmed from her years of training in obstetrics. Caring for preemies had been a passion of hers ever since she had given birth to a preemie of her own, just over one pound at birth.

The activists denounced Littman to her employer, the DOH, claiming that she had written a paper “harmful” to transgender youth. They demanded that the DOH “terminate its relationship with Dr. Littman immediately.” Adding a dash of threat, the authors airily suggested that the DOH might add “a gender-neutral restroom” to its facilities to send a message to the community “that trans and gender diverse lives are valued by DOH.”

The activists wanted a head on a pike. The DOH gave them Dr. Littman’s. Her paid consultancy was over.

I met Lisa Littman in a family-style Italian chain restaurant along Route 1 just outside of Boston. Her shoulder-length dark brown hair was lightly mussed from a busy workday and the stress of the traffic that had delayed her. Clutching her purse strap as she rushed toward our table, she looked every bit the suburban mom: eager to fill the unforgiving minute, hoping I hadn’t been waiting there too long.

She has large brown eyes, tortoiseshell glasses, a broad reassuring smile, and a nervous laugh. As she told me several times, she hates being interviewed. Based on her many follow-up questions about how I would ensure the accuracy of everything I wrote, it was clear she was telling the truth.

Abigail Shrier is a Los Angeles based writer, and contributor to the Wall Street Journal. Follow her on Twitter @AbigailShrier.